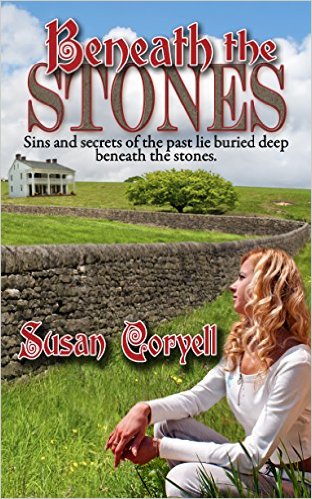 (OUR OTHER CURRENTLY FEATURED BOOK IS “BLACK TIDE RISING,” BY KELVIN SINGLETON. YOU CAN FIND IT BY SCROLLING DOWN DIRECTLY BENEATH THIS POST).

SUMMARY: Ashby Overton has everything to look forward to, including a promising writing career and her wedding at summer’s end. But, Overhome, her beloved historic family estate in Southern Virginia, is in financial peril and it is up to Ashby to find a solution. Interfering with Ashby’s plans is a dark paranormal force that thwarts her every effort to save Overhome. Supernatural attacks emanate from an old stone cottage on the property rumored to be a slave overseer’s abode, prior to the Civil War. As the violence escalates, Ashby begins to fear for her life. Who is this angry spirit and why is his fury focused on her?

THE BACK STORY:  When I completed A RED, RED ROSE, I truly thought I was done with Ashby Overton and Overhome Estate. But so many readers clamored for a sequel that I realized there was room for more. Now that I have published A Red, Red Rose and  Beneath the Stones, I am working on a third book to complete the trilogy.

WHY YOU WOULD WANT TO READ IT: Basically, this book is a three-for-one — a romance, a historical novel and a ghost story. Plus, given the recent Civil War Sesquicentennial, it’s trendy — and intriguing in the way Coryell bridges these two very different eras..

“I really enjoyed the layers to BENEATH THE STONES, including the young, rascally cousin Jeff, the M&M Wedding Express (bridal planners), and the interesting history tidbits. My favorite part was Ashby’s interaction with the paranormal and what she learns about herself.” — Author Clifford Rush.

“Fans of Victoria Holt and Phyllis Whitney will love BENEATH THE STONES. Ms. Coryell spins a tale in the tradition of the Gothic masters, complete with a ghostly mystery that’ll give you the shivers. I’m hooked!” — Author Jannine Gallant.“BENEATH THE STONES is a sequel to A RED, RED ROSE, but you don’t have to have read the first book to enjoy this one. Coryell provides just enough background so we understand the story as a standalone novel. An interesting cast of characters if featured in this book, which is actually a story within a story–a mystery that dates back to the Civil War. Coryell combines humor, suspense, mystery and a good dose of the paranormal to entertain readers in this Gothic romance. A highly enjoyable read.” —  Author Marilyn Baron. 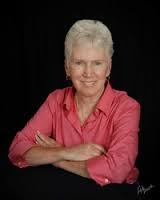 AUTHOR PROFILE: A career educator, Susan has taught students from 7th grade through college-level. She earned a BA degree in English from Carson-Newman College and a Masters from George Mason University. She is listed in several different volumes of Who’s Who in Education and Who’s Who in Teaching.  Susan belongs to Author’s Guild, Virginia Writers, and Lake Writers. She loves to talk with budding writers at schools, writers’ conferences and workshops. Her young adult anti-bully novel EAGLEBAIT is in its third edition for print and e-book, updated with cyber-bullying. EAGLEBAIT won the NY Public Library’s “Books for the Teen Age,” and the International Reading Association’s “Young Adult Choice.” A Red, Red Rose, first in a cozy mystery/Southern Gothic series, won a literary award with the Library of Virginia. Beneath the Stones, the sequel, was released in April of 2015.

The author has long been interested in concerns about culture and society in the South, where hard-felt, long-held feelings battle with modern ideas.  The ghosts slipped in, to her surprise.

When not writing, Susan enjoys boating, kayaking, golf and yoga. She and her husband, Ned, love to travel, especially when any of their seven grandchildren are involved.

AUTHOR COMMENTS: “The Civil War letters included in BENEATH THE STONES are based on actual letters written from battle fronts by family ancestors, Joseph Franklin Stover and John William Stover. After my mother-in-law’s death, the family found a nondescript box in her file cabinet. Inside we were amazed to find fifteen letters hand-written in beautiful, flowing script. Since this occurred as I was in the midst of writing Beneath the Stones, I immediately seized on the idea of using excerpts from the letters in the novel. Though, for practical reasons, I omitted many details, overall the letters reveal a haunting picture of life for the Confederate soldier. A final note: The flute mentioned in one of the letters is very likely the same flute on display at the Museum of the Confederacy in Appomattox, Virginia.”

9 thoughts on “Beneath the Stones”