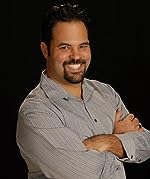 THE BOOK:  The Gullwing Odyssey

SUMMARY:  Marco’s life as a messenger isn’t great, but the work is easy and he gets retirement pay in thirty years. Little does he know his life teeters on the cusp of change.

When an unusual assignment sends him overseas, he finds himself stranded in foreign lands. With no way home and no hope of making his delivery, he sees sour prospects for attaining his modest retirement dreams, much less getting out of the whole mess alive. Even that wouldn’t be so bad if he weren’t constantly outrunning pirates, embroiled in international intrigue, and attacked by a hummingbird with an appetite for human brains – that’s just the start of his misadventures.

But lurking in the wings is a much greater threat than getting sacked from his job. The fate of an entire civilization may well rest upon his scrawny shoulders. In spite of himself and quite by accident, Marco may yet become the hero he strives not to be.

THE BACK STORY: This is a four-time award-winning fantasy/comedy adventure.

WHY THIS TITLE: The main character’s name is Marco Gullwing, and this is his personal odyssey… except he has no idea of what lies in store or how he’s going to survive it.

WHY SOMEONE WOULD WANT TO READ IT: Action. Comedy. Dragons. Magic. More comedy. A possible dragon love-interest. Need I say more?

REVIEW COMMENTS:
“The Gullwing Odyssey rests solidly on the shaking shoulders of a good laugh – and that’s what sets it apart from ninety percent of fantasies on the market.”
— Diane Donovan, Midwest Book Review.

“Antonio Simon, Jr. has created one of the most hysterical, lighthearted fantasies that I’ve ever read and enjoyed… Solid PG entertainments…will delight most fantasy fans.”
— Shana Festa, The Bookie Monster.

“This novel had some fantastic laugh out loud parts… Light fiction that I just couldn’t put down… sometimes you just want to read something to chill and enjoy. This novel is it.”
— The Cosy Dragon Book Reviews

AUTHOR PROFILE: Antonio Simon, Jr. is an award-winning author of several books. His debut fantasy/comedy adventure novel, “The Gullwing Odyssey” was an instant hit in 2013. He has won the prestigious Royal Palm Literary Award; the Pacific Book Award; Indie Book of the Day; and the Reader’s Favorite Five-Star seal.

Antonio’s interests are as varied as his literary repertoire. He is a local historian and has written “Miami Is Missing”, which delves into the hidden history of the Magic City, with all its glitz and scandal. His public appearances on Miami’s history never fail to enlighten and entertain. He is also an avid tabletop gamer and the author of “R.A.G.E.: Roleplay Adventure Gaming Engine”, a fun, innovative, and original roleplaying game system.

He holds a law degree from Saint Thomas University School of Law and two undergraduate degrees (Political Science and History) from the University of Miami. He lives in Miami, Florida.

AUTHOR COMMENTS: You’re in for a laugh, and if you’re not careful you might just learn something, too.

One thought on “The Gullwing Odyssey”