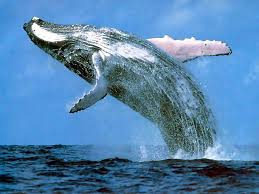 OUR CURRENTLY FEATURED BOOKS, “NOTE TO SELF,” BY LAURIE BUCHANAN, “LOVE & THEFT,” BY MICHAEL SPRANKLE AND “A RISING TIDE OF PEOPLE SWEPT AWAY,” BY SCOTT ARCHER JONES, CAN BE FOUND BY SCROLLING DOWN BELOW THIS POST, OR BY CLICKING ON THE AUTHOR’S NAME ON OUR AUTHOR’S PAGE.

We are honored this week to feature “Apology to a Whale,” by Cecile Pineda — a writer described by one reviewer as “an American original and literary treasure.”

“Beyond the politics of identity – despite the fact that Pineda opened the New York publishing door for Latina writers in the mid-1980s – shattering the limits of genre, few American writers have demonstrated such a bold mastery and originality in the last 25 years. Her awards range from a Sue Kaufman Prize, by the American Academy and Institute of Arts and Letters, to a California Gold Medal; one of her novels was selected as a New York Times notable book of the year.”

OK, then — so what about “Apology to a Whale”? According to the author, who is also well-known for her work in theater, “After I published Devil’s Tango: How I learned the Fukushima Step by Step on the first anniversary of the triple meltdown in Japan, I found I wasn’t completely ‘written out.’ The book made me re-discover how much I loved our green and blue planet, and how I marveled at all the unbelievably varied and resourceful forms of life here in this magic garden. I puzzled what lies at the root of ecological destruction.”

To explore that question, she used the whale is used as both focus and metaphor.

This  week’s other featured author, Donna Cantor, is a writing instructor at Rutgers University. Her novel “Released From the Shadows” describes the relationship between a former prisoner out on parole and an undocumented immigrant.

Donna says about her book, which is partly set in a New York City warehouse: “I wrote ‘Released From the Shadows’ because I am very familiar with this setting, having worked for many years in a Queens, N.Y. warehouse that sold military insignia to U.S. military bases. I feel that there aren’t enough novels written about blue collar workers who struggle to make ends meet. In fact, a literary agent who passed on the novel told me that no one works in warehouses anymore! I also thought it was important to humanize the life of an undocumented immigrant. I like the idea of two people starting over in a strange place.”

UPCOMING ON SNOWFLAKES IN A BLIZZARD, NOV. 1-7

“APOLOGY TO A WHALE,” BY CECILE PINEDA.

Writes another reviewer, Joanna Macy: ““Cecile Pineda has the nerve to ask the once simple question that eludes our …posturing. It is the one question that could save us: What has happened to our mind that we are killing our world…? The genius of this book is that the question supersedes the answers and takes us on explorations where we make our own discoveries…. Pineda has the rare capacity to address the big questions without falling into abstractions or sermonizing. It is the artist in her that I trust, that utters so potent a call to persona and collective liberation.”

“RELEASED FROM THE SHADOWS,” BY DONNA CANTOR.

Robert Zarro has spent the last three years of his life locked up in a Massachusetts prison, convicted of selling drugs on his college campus. When he is offered the job of warehouse manager in Sunnyside, Queens he leaps at the chance for an opportunity to reinvent himself. His past, however, has a chokehold on him, and he must learn how to free himself from the prison of his own design. Maggie Ocampo, one of Zarro’s undocumented workers, is anxious to leave her heartache back in her native Nicaragua, enticed by the promise of a fresh beginning in a new country. But Maggie’s new life comes at a price. She owes money to a sadistic gang who hesitate at nothing to use any means necessary to collect it. Haunted by their troubled pasts, Robert and Maggie guard their secrets closely. Until they don’t… Released From the Shadows is a tale of love, humor, and redemption, set in a gritty urban landscape.

This month we will revisit “Girl Without Borders,” by Katya Mills, “Rejection,” by Mark Davis, “Ocean City Coverup,” by Kim Kash, “The Hysterectomy Waltz,” by Merrill Joan Gerber, “Lost Sister,” by Jean Ryan and “It Happened in a Lutheran Church,” by Rebecca Moatz.