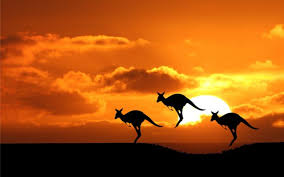 THIS WEEK’S TWO FEATURED BOOKS, “APOLOGY TO A WHALE,” BY CECILE PINEDA AND “RELEASED FROM THE SHADOWS,” BY DONNA CANTOR, CAN BE FOUND BY SCROLLING DOWN BELOW THIS POST, ALONG WITH THIS MONTH’S “FIRST TUESDAY REPLAY.” YOU CAN ALSO CLICK THE AUTHORS’ NAMES ON OUR AUTHOR PAGE.

You get a two-for-one this time around. I’ll be on the road next Monday (the 14th) with no access to a computer, so I’m including the next two weeks in one report.

We’re also starting a new feature — each week, I plan to provide a link to a piece of “outside” writing by a Snowflakes author. These might be short stories, magazine articles, poems, or even a blog entry. This week, check out “Sophie Makes a List,” by Jill McCroskey Coupe, whose novel “True Stories at the Smoky View” was featured on Snowflakes the week of Aug. 30.

The short previews below will give you an idea of the diverse offerings in store for the next two weeks.

Note: The photo above is in honor of Lynn Spiteri, an upcoming  Snowflakes participant from Australia.

UPCOMING ON SNOWFLAKES IN A BLIZZARD, NOV. 8-14

“JOSH WHOEVER,” BY MICHAEL GUILLEBEAU.

Josh was an army veteran, but a maneuver-turned-massacre cover-up threw him into a hero’s harsh spotlight. After walking away from it all, Josh, who’s been pulling scams for a living, takes refuge in the bottle and tries to stay invisible. But his latest con puts him in the sights of a Russian mob family convinced that he is a private detective—and the only one who can find missing reality star Kiev Romanov. As Josh digs at this mystery, he is joined by unemployed newspaper editor Marci, who’s hoping to use this scoop to relaunch her writing career, and Kiev’s killer brother, Yuri, who believes he is Batman. In pursuit of the heiress, Josh uses his con man skills and tangles with Confederate zealots and a paramilitary group. He knows if he does not save the girl, he can kiss his last drink goodbye—along with his life.

“GETTING RIGHT,” BY GARY D. WILSON

Suppose your more than mildly irritating leech of a sister calls you, as she usually does wanting money, only this time she says instead that she has cancer and in the course of the conversation challenges you to write the story of her life. You say, sure, you’ll do that but you’ll tell it the way you see it. The tale that emerges involves not only the dying sister, Connie, but brother Len as well. And it’s also about “me,” the sibling invited to narrate their shared story and whose interplay of memory and imagination raises the question of whether “the truth” of Connie’s life – or of anyone’s for that matter – can ever be known.

Lyssa belongs to a generally peaceful population of otherworldly and gifted beings who occupy a world above our own. Invisible to us, they witness and record the lives of the humans below. Lyssa is a Watcher, assigned to document all incarnations of Jasper’s existence, and at the end of each life, she visits and assists her charge through their reincarnation. With each rebirth, Jasper forgets Lyssa.

Desperate to save the man she loves, Lyssa pierces the protective Veil between the worlds but an ancient evil of the world above unfurls a vengeful plan of destruction. Jasper and Lyssa struggle to untangle the web of his previous incarnations and realise the extent of their love, which has a very real manifested power in forcing the darkness back.
————————————————————————-
UPCOMING ON SNOWFLAKES IN A BLIZZARD, NOV. 15-21.

Two stories of greed and violence separated by four and half centuries are connected by a curse that twists through time. Goldhead is the story of sixteenth-century conquistador Bernardo Gregorio, his crew, and five, 1950s World War II veterans turned treasure hunters.

Ex-Navy divers Ben Wheeler, Dan Hampshire, and Bill Walden risk everything to recover Aztec gold worth a quarter million dollars that is lying somewhere in the back country of North Florida. Following the clues left in an obscure medieval journal, they learn the extraordinary fate of the crew of the Mano del Rey who were shipwrecked and massacred. Claudio, the sole survivor, chronicled the dark history that leads the modern team to tainted gold and something they didn’t count on. Dogged by tragedy, lured by fortune, lives are connected across the ages by a shaman’s curse and a terrifying artifact.

Who will triumph and survive over the dark reach of the past?

After years of living amidst the fog of addiction, Jordan Santarelli is cut off by his dealer and on the run over a past due debt. As he emerges into sobriety, he chooses to fight the overwhelming injustices that he had previously turned away from. Jordan believes the only way to spark action among the uninspired is to create a significant disruption. Impatient and angry, he attempts to shut down the Internet to force social change. Will he succeed?

A family struck by tragedy is forced to rebuild their lives around a new mold. Sarah Crawford’s family vacationed every summer with her beloved Gram and Gramps. Every day was a fun adventure, but Sarah’s favorite was their special night of star catching, with Gramps and her dad.

On the last night of vacation, Sarah overhears her grandparents saying how much they look forward to selling their house and traveling unencumbered after Gram retires.When an accident on their way to the airport kills Sarah’s parents and brother, Marian and Ed cope with grief and the unanticipated responsibility of raising Sarah. Sarah’s recovery is complicated by guilt over ruining her grandparents’ plans. She decides she must return to Washington, to the home she shared with her parents.

Precocious academically, in her immaturity she doesn’t grasp the unrealistic nature of her goal and the dangers she encounters in her attempts to achieve it.

(Dawn LaJeunesse’s novel “In Her Mother’s Shoes,” was featured on Snowflakes Feb. 9).

Jill McCroskey Coupe’s “Sophie Makes a List” was published in the Summer 2016 edition of the literary magazine Summserset Review. If the link below doesn’t work for you, you can just paste it into your address line.

From John Chaplick: “By way of news, my book ‘Forbidden Chronicles of a Roman Centurion’ just won a literary award from Florida Authors and Publishers Association.

John’s historical novel was featured on Snowflakes in a Blizzard back on August 9.