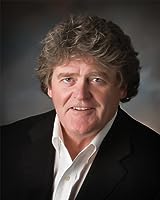 SUMMARY: The book relates the life of Hall of Fame football player “Bullet” Bill Dudley. The most versatile player in NFL history, Bill played 8 positions in every game in a single season.  It chronicles the steadfast sense of purpose Bill brought to the game, his family and his community.

THE BACK STORY: Three years before he died, Bill asked his son-in-law to write his life story.

WHY THIS TITLE: As a star on offense, defense, and special teams, Bill never the left the field.

WHY SOMEONE WOULD WANT TO READ IT: It’s an inspirational read for anyone who’s ever been told their dreams are out of reach.

“Steve Stinson has tucked ‘Bullet’’ Bill Dudley’s incomparable life into these page as skillfully as the book’s triple-threat hero once carried, passed and kicked a football. You might just feel like doing an end zone dance before this only-in-America life is through. (Brian O’Neill, Pittsburgh Post-Gazette columnist and author of “The Paris of Appalachia”)

“Having interviewed Bill Dudley late in his life on his selection as the No. 1 pick in the NFL Draft, I was struck by how much more there was to his story. Frankly, I wish I had known him better and Steve Stinson has made that possible in his book, ‘Bullet’ Bill Dudley. In a myriad of journalistic-related pursuits, Steve has always been a consummate story-teller and his connections to the Dudley family made him the perfect candidate for this project. (Doug Doughty, sports reporter for the Roanoke Times).”

AUTHOR PROFILE: Steve Stinson is a commercial artist and painter and the author of two books for adults and five books for children. His first book for adults, “What Would Mary Ann Do?” was co-written with Dawn Wells, who played Mary Ann in the long running television series, “Gilligan’s Island.”

WHERE ELSE TO BUY IT: Standard online outlets.