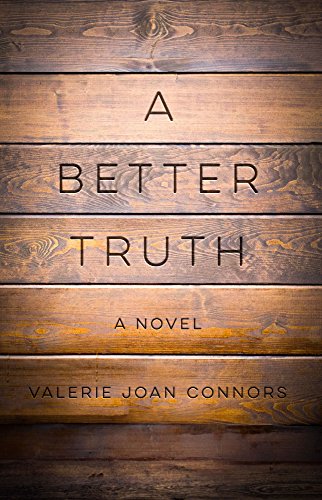 THE BOOK: A Better Truth 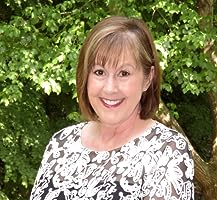 SUMMARY: A Better Truth is a psychological thriller whose central character struggles to recognize the difference between reality and hallucination, nightmare and memory.

When the frantic pace of her Washington, D.C. life becomes too much for her to bear, Willow St. Claire takes refuge in the North Georgia Mountains. She buys a bookstore, hoping to spend her days talking to customers about the latest releases, and her evenings in the quiet oasis of her mountain retreat. Alone in her cabin, two miles away from the nearest neighbor, Willow must learn to cope with the terror of her past, heal from the loss of her mother, and maintain a relationship with a teenaged daughter who refuses to leave D.C. where she lives with her father. But a knock at Willow’s kitchen door late one night, sets off a series of events that will shatter her newly found peace and tranquility, and threaten to trigger another breakdown. Willow has held tightly to her own version of the truth for over three decades, because for her, real truth is much too disturbing.

THE BACK STORY: A Better Truth is my fourth novel, and my first psychological thriller. I enjoy reading thrillers, so I thought I’d enjoy writing them. I had so much fun with it that I’m already working on a couple more of them. The character and opening scene from the book came to me while I was in the middle of finishing my second novel, Shadow of a Smile, and tried to distract me from the task at hand. So I wrote the opening scenes so I wouldn’t forget them, and put it away for a couple of years until I was ready to get back to it. I have a good friend who is a retired psychiatrist, and she helped me with some of the science to make sure that my scenes accurately portrayed the types of behavior that could result from childhood trauma.

WHY THIS TITLE? Willow has been trying to suppress a terrible memory from her childhood for most of her life. To shield herself from the memories, she has invented new and happier ones. She needed a better truth to replace the terrifying memories of her real truth, and begins to think that her seventeen-year-old daughter might now be doing the same thing.

WHY WOULD SOMEONE WANT TO READ IT? The underlying theme in A Better Truth is the desire the main character has to be free of the stresses of everyday life, and make a quiet, peaceful life somewhere with a great view and no telephone. As an author with a full-time, demanding day job, I know that I can relate. I think readers will too.

REVIEW COMMENTS: “I loved taking this thrilling journey with Willow, who learns that the truth will set you free…if you can survive it. Fascinating, with twists and turns that keep the pages rolling!” …Lynn Cullen, nationally bestselling author of Mrs. Poe and Twain’s End

“A Better Truth is a real page-turner! Valerie Joan Connors has crafted a book that has it all: suspense from the beginning, complex characters, a plot that keeps the reader guessing, and lots of surprises—including a breathtaking ending. At the same time, this novel has substance as it reminds us of our frailties, of the bonds of family and love, and of the possibility of recovery. It’s a book that should be passed from reader to reader and one I will not soon forget.” … Constance McKee, author of The Girl in the Mirror

The child of an artist and a musician, Valerie was born in the Upper Peninsula of Michigan a long time ago. Her family moved her out west, where she spent her formative years in Eugene, Oregon. Then she bounced up and down the west coast, spending time in San Diego, Seattle, and Portland, before her job as a software consultant brought her to Atlanta in 1996, the same day as the Olympic torch.

While writing her first traditionally published novel, In Her Keeping, Valerie became drawn to the plight of tigers in captivity, after meeting the eight-week old tiger cub in a sanctuary in North Carolina that was the inspiration for the book. In addition to her next thriller, Valerie is working on a novel that will follow some of the characters from In Her Keeping as they explore the world of trophy hunting in Africa and the impact it has had on the African lion, a rapidly diminishing species. Valerie is a lifelong animal person who has no patience for bullies of any kind.

Valerie credits her association with the Atlanta Writers Club with the fact that her four novels were both written and published. She has happily served on the AWC Board since 2011 in nearly every capacity, including as AWC President from 2013 to 2015. She continues to serve as the VP of Programming and Officer Emerita. During business hours, Valerie is the CFO of an engineering firm. She is a dog person, and supports lion, tiger, and elephant conservation efforts, and hopes to raise awareness through her writing. Valerie lives in Norcross with her husband and two rescue dogs, and is working on her next novel.

AUTHOR COMMENTS: I think a lot of people will relate to what the main character experiences when the “busy-ness” of her life becomes overwhelming. However, Willow experiences stress in a much different way than most of us. She is plagued with night terrors and waking hallucinations. Or, are they memories?

SAMPLE CHAPTER: The first chapter of each of my books is posted on my website: http://www.valeriejoanconnors.com. There you’ll also find book club discussion questions. I love visiting book clubs in the Atlanta metro area, and would be happy to make a virtual appearance via teleconference.

WHERE ELSE TO BUY IT: Amazon, Barnes & Noble, Deeds Publishing: wwww.deedspublishing.com

One thought on “A Better Truth”