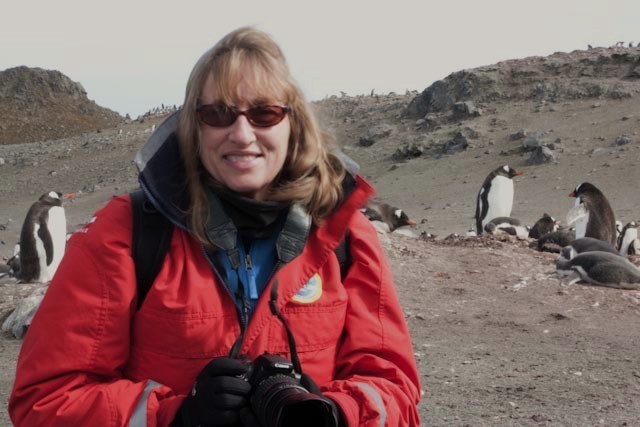 THE BOOK: THE GREAT PENGUIN RESCUE: 40,000 Penguins, a Devastating Oil Spill, and the Inspiring Story of the World’s Largest Animal Rescue.

SUMMARY:The Great Penguin Rescue tells the remarkable true story of the rescue of 40,000 penguins from the Treasure oil spill in South Africa. This historic event, which spanned more than three months in 2000, still stands as the largest and most successful animal rescue ever undertaken. This gripping first-person account is seen through the eyes of Dyan deNapoli, who was a Penguin Aquarist at Boston’s New England Aquarium at the time, and a member of the first team of penguin experts to fly to Cape Town from the US to help manage the massive rescue operation. In what was an intensely grueling effort, the rescue team and more than 12,500 completely inexperienced volunteers cleaned, fed, rehabilitated, and released back into the wild nearly all of the penguins affected by the oil spill.

Often compared to Jon Krakuer’s Into Thin Air, The Great Penguin Rescue was described as“a real-life eco-thriller with a happy ending” by the New York Post, who put it on their‘Required Reading’ list. As another reviewer wrote, “Dyan deNapoli gives the reader ‘come to life’ descriptions of what it took to clean and rehabilitate every bird, how each volunteer was trained, and the commitment it took to accomplish such an enormous task. It’s almost as if every reader was part of the rescue operation.” Readers are drawn headfirst into the exhausting physical and emotional experience and, alongthe way, meet a cast of remarkable characters who are vividly brought to life – from Big Mike, a Jiu-Jitsu champion and gentle giant with a booming bass voice who worked every day of the rescue effort; to a sweet man named Welcome (aka “the Penguin Whisperer”), who had a magical ability to calm any penguin he held in his arms; to Louis, a seventeen-year-old student who created a new formula for a highly effective degreaser used during the rescue mission. The heroic efforts of these caring individuals, and so many others – including business owners, laborers,students, retirees, well-heeled housewives, and the homeless – saved the birds from near extinction. The extraordinary international collaboration of scientists, zookeepers, animal rescue groups, and thousands of concerned citizens helped save the African penguin – recently declared an Endangered species – from an all-too-common man–made disaster.

This heartwarming and riveting narrative is not just a portrait of these captivating birds, nor is it merely a cautionary tale about the environment – it is an inspirational example of how following one’s passion can lead to unexpected and fulfilling adventures. It reminds us that one person truly can make a difference. Moreover, it dramatically illustrates how people from different countries, different backgrounds, and different cultures can successfully unite for a greater purpose – and it is a moving testament to their ability to achieve the seemingly impossible when doing so. The Great Penguin Rescue will inspire readers to believe that they, too, can make a difference!

THE BACK STORY:I couldn’t NOT write this book. I’ve always loved creative writing, and more significantly, I’ve had a profound and abiding love of animals for as long as I can remember. While I’ve been deeply concerned about endangered species since first learning about them as a young girl, I always felt powerless to do anything to help save them from extinction. I returned to college for a 2nd degree in my early 30’s to pursue a lifelong dream of working with dolphins (which I briefly and joyously did), and later, during an internship at the New England Aquarium in Boston, I unexpectedly fell in love with the penguins. I decided to accept a job there as a Penguin Aquarist after graduating and, a few years later, found myself in an enormous warehouse in South Africa, surrounded by tens of thousands of oil-covered penguins.

When I boarded the plane in Cape Town to head home after 3 weeks, I just knew that I had to share this remarkable wildlife rescue story with the world. However, it would be 8 years before I found the time to sit down and write it. In October of 2010, on the 10th anniversary of the final month of the rescue, the book was finally released by Simon & Schuster. It went on to receive several literary awards, including a Silver Nautilus Book Award, selection as a “Must-Read” Book in the Massachusetts Book Awards (as well as 1st-place finalist for the Mass Book Award), and was named “One of the best Natural History books of 2010” by Library Journal.

One of the phrases I often heard repeated by the volunteers at the rescue centers was,“This rescue effort has restored my faith in mankind.”This sentiment resonated deeply with me then, and continues to do so to this day. Each one of those 12,500 volunteers is my hero, because we truly could not have saved those 40,000 penguins without them.

WHY WOULD SOMEONE WANT TO READ IT? The comment I hear most often from readers is, “I felt like I was right there with you in the rescue center!” They tell me they laughed, they cried, and they were inspired by the story. The thousands of eager volunteers inspire some people; others are in awe of the dedication of the wildlife rescue team; while others are amazed by the resiliency of the penguins. And, whenever I get a letter or e-mail from someone telling me they donated to a penguin rescue center after reading the book, I’m the one who starts to cry! It’s precisely the reason I wrote the book – to inform people about this incredible conservation success story, and to inspire them to help penguins and the environment.

The Great Penguin Rescue is the only book that has been written about the record-breaking Treasure oil spill rescue. What could have been a dry recitation of the facts is instead a compelling narrative and an intimate portrait of this historic event, written by a first–hand witness and participant. Niche audiences would include birders, penguin lovers (obviously!), animal lovers, animal rescuers, disaster-relief workers, nature lovers, environmentalists, conservation advocates; and those interested in volunteerism, leadership, teamwork and collaboration, and inspirational stories.

“The Great Penguin Rescue is a powerful story, one that needs to be heard. Not just to find out what happened in South Africa…but so that we know, even though tragedies like this will keep occurring, there is hope.” — Grant McCreary, The Birder’s Library.

“The Great Penguin Rescue is a riveting account of one of the worst wildlife disasters in history. Dyan deNapoli relates her firsthand experiences with the cleanup efforts and the rehabilitation of thousands of birds in exquisite detail that will capture readers’ hearts and minds effortlessly. This book is a must-read for every bird lover, nature lover, and oil executive to learn not only how destructive a spill can be, but also how much love, compassion, and effort is needed to deal with the consequences.” – Melissa Maynzt, Birding/Wild Birds onAbout.com.

“In the wake of the BP disaster and its botched bird recovery, it’s gratifying to read Dyan deNapoli’s new book. The lesson: When the job is done right, birds can be saved and returned to the wild.” – Birder’s Magazine (selected as one of the “bird books we like” for 2010)

“It’s hard to imagine a silver lining coming out of a story about an oil spill, but if there ever were one, it would be The Great Penguin Rescue.” –The Daily Beast

AUTHOR PROFILE: I’m a penguin expert, TED speaker, educator, author, and life-long adventurer. I was raised in a small coastal town in Massachusetts, and have always felt a very powerful connection to animals and the ocean. I always dreamed of doing something to help save endangered species, but couldn’t imagine what one person could possibly do to make a difference.

Although it took many years (32 in fact) before I found the courage to pursue my seemingly impossible dream of working with aquatic animals, once I took that leap into the unknown, there was no turning back. I could never have imagined the many amazing opportunities that would present themselves once I began pursuing what I was most passionate about – the most extraordinary of which was helping to actually save a species.

Working as a rehabilitation manager during the Treasure oil spill rescue in Cape Town, South Africa was a tremendous privilege – and it was, by far, the most rewarding experience of my life. Having witnessed firsthand the devastating impact of oiling on 40,000 penguins, I am now more determined than ever to do everything in my power to protect these vulnerable seabirds. For this reason, I donate 20% of the proceeds from my book and from every speaking engagement to penguin rescue, research, and conservation groups.

I’m a frequent guest on radio and TV shows in the US and abroad, including interviews with the BBC, CNN, and CBC-Radio Canada. I lecture about penguins; pursuing your dreams; and how to give a TED talk at conferences, grade schools and colleges, museums and science centers, assisted living centers, and on nature cruises. In December of 2106, I made my second trip to Antarctica – this time with Homeward Bound; a groundbreaking leadership initiative for women in science. I’m excited to be returning to Antarctica again as a Global Perspectives Guest Speaker for Lindblad Expeditions and National Geographic. I’ve had the honor of speaking at four TEDx conferences – my talk about the penguin rescue can be viewed on TED.com. Link is here :http://www.ted.com/talks/dyan_denapoli_the_great_penguin_rescue

AUTHOR COMMENTS: My mission as The Penguin Lady (my business name and moniker) is to raise awareness and funding to protect penguins. Most people would be surprised to learn that, of the 18 penguin species on earth today, 15 are listed as Threatened or Endangered – and their populations are crashing precipitously. The top two threats to penguins today are global warming and overfishing – and these are two issues that each one of us actually has the power to do something about through our daily habits and choices. I lecture internationally about these important conservation issues, encouraging my audiences to; 1) consider what they can do to help protect animals and the environment, and; 2) pursue their own dreams, no matter their age or other apparent obstacles.

SAMPLE CHAPTER: Link to the prologue on NPR’s website: http://www.npr.org/books/titles/481301352/the-great-penguin-rescue-40-000-penguins-a-devastating-oil-spill-and-the-inspiri#excerpt .

LOCAL OUTLETS: Interested readers can order the paperback version of the book at their local bookstores.

WHERE ELSE TO BUY IT: Amazon, Barnes & Noble, Nook, Kindle, BAM, iTunes, Audible, and many more stores online carry the hardcover, paperback, and/or audiobook. The audiobook was released by Tantor Audio: https://tantor.com/the-great-penguin-rescue-dyan-denapoli.html Most of the links to buy the book in all forms can be found here: http://booklaunch.io/dyandenapoli/the-great-penguin-rescue and on here on Amazon: https://www.amazon.com/Great-Penguin-Rescue-Devastating-Inspiring/dp/143914818X/ref=sr_1_1?ie=UTF8&qid=1486761821&sr=8-1&keywords=the+great+penguin+rescue.

My current website (a new site is also in the works) is at http://www.thepenguinlady.com/

One thought on “The Great Penguin Rescue”