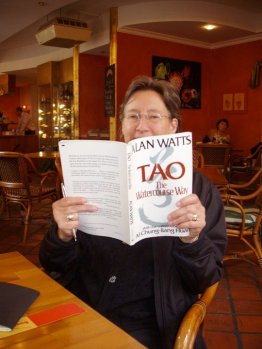 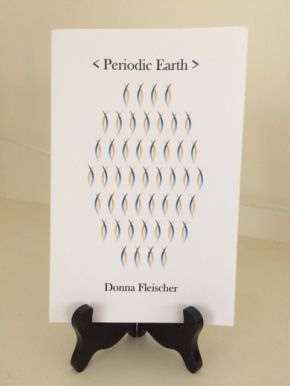 SUMMARY: “T.S. Eliot famously averred, “People can’t take too much reality.” Donna Fleischer’s poems in < Periodic Earth > gently and insistently point us the way to reality so that we can stop being afraid of it: a world of unexplored feeling. This tour de force consists of one 20-page poem in fourteen sections entitled “The Mineral World” capped by a stand-alone poem, “The Years.” Though of chapbook size, the sweep of this book is wide and deep, covering as it does the course of the speaker’s life journey. The book tracks inchoate beginnings in a childhood wrenched by loss of an immigrant grandmother (herself in foreign exile with “A body of startling lakes and pine trees”) through key experiences of self-exile, connection, love, loss, exploration, reconnection, grief and ultimate redemption, all covering the transforming years of youth and mid-life. The traveler into these earthly depths is a speaking body and soul, addressing an ever widening “you,” a you who is at one and the same time a first love, love itself, some higher self within the self and, ultimately, the reader.” – Marilyn Johnston, reviewer.

THE BACK STORY: “This Mineral World,” the lyric narrative poem that begins < Perioodic Earth >, took more than 20 years to write. Over time, I took great pains with its craft and content, careful not to revise it to death as William Wordsworth had done with his book-length poem, The Prelude. It was a monumental endeavor, and as the span of time to write and revise it grew, so did my prowess. What started as a way to stay standing after several personal losses eventually became an adventure in an ever-widening inner life that simultaneously parallels coming out to an anti-LGBTQI world, as well as how those inner and outer worlds intersect.

WHY THIS TITLE?: The  title conflates planet earth and the elements that constitute it, as expressed in the science of chemistry’s “periodic table,” the poetic image of which surfaces in “This Mineral World” and again, years later in “The Years”. The geo-poetic forces build up and tear down layers of meaning; they spiral into a theme that in turn ruptures the surface of things, spews and withdraws, leaving new forms, organic and inorganic, durative and temporal. We are at the center of the world. We are home.

WHY SOMEONE WOULD WANT TO READ IT: Why wouldn’t someone want to experience living and dying through poetic senses that enliven us who hear, touch, taste, smell, and see space, wind, fire, water, and earth, in its periodicity, mutability, motility, and yes, mystery still?

“One poem flows into the next in this collection forming a narrative through what one might call a web of struggling images, vivid concrete images that interrelate with each other, bodying forth the themes. You will find these poems chockablock with the sea, the sky, the seals, the icy lava, hands, mouths, bruises, the hyacinth, and the dandelion seed. Physical imagery is so appropriate here since one of the stated goals of the speaker is: “I want to write myself back into my body/back to someone I call you”. The crux of the story is self-searching across the experience of lovers coming together in  tentative relation destroyed by the violence of the world and violent inner confusions that drive them apart. Reunion follows, but so does further loss. Redemption comes with time and openness to new love and new healing between people and within the self, signaled by the changing imagery.

“I marvel at this poet’s ability to make meaning on so many levels with the seemingly simple elements revisited over and over in a journey through trauma. Yet the enforced separations within and without are not just trauma of one individual biography. The breaking up of the lovers points to the fear and domination endemic to the whole culture that surrounds them. This poem is also dealing with rejection and violent suppression inherent in our society and how it gets internalized inside a person who doesn’t fit the culture’s conventions and who is thereby rejected as alien, suffering the “breaking and entering our lives/ shame and feelings wasting like garbage.” Her search for freedom is within the context of the social upheavals and human rights struggles of the sixties and seventies touched upon as backdrop.

“A  fragile and beautiful hope in the poem, ‘The Years’ is hard won and comes only after facing and grappling with the abandonment and trauma of an earlier time. We sense all this is one material of human existence,as mysterious as it is our common lot. We feel this soul is strengthened  through having examined the past and wrested back parts of herself that  have been alienated from her in long exile and stubborn journey back to the joys of first things. A new peace cradles her in a new relationship in ‘The Years’:  “sky, dandelion/seed heads float by the grain of years,  hold us in/ this before….” The heart’s concrete language has triumphed, also. That’s how this book draws the reader in and does not let her go until the last word is spoken. That’s also why in countless readings, one never gets to the bottom of this book: It is a forged seamless unity, the speaker’s and the reader’s own territory of living imagination.” — Marilyn Johnston.

WHERE TO BUY IT: Casa de Cinco Hermanas Press at http://www.kylelaws.com/33101.html ; or directly from the author dfleischer@sbcglobal.net

One thought on “Periodic Earth”