THIS WEEK’S TWO OTHER FEATURED BOOKS, “A HEAD IN THE GAME,” BY JACK STRANDBURG AND “< PERIODIC EARTH >”, BY DONNA FLEISCHER, CAN BE FOUND BY SCROLLING DOWN BELOW THIS POST, OR BY CLICKING THE AUTHOR’S NAME ON OUR “AUTHOR” PAGE.

THE BOOK: Under Julia.

SUMMARY: From 2006-2010, Miami law prohibited sex offendes from living within 2,500 feet of a school or daycare.  Halfway houses and homeless shelters would not accept them. Which left them with only one place to go: under Julia.

In this devastating novel, Lauren Scharhag explores questions of guilt and redemption, of dignity and exile. Whether they were convicted of relatively minor crimes such as having sex with an underage girlfriend, or true predators nursing unspeakable desires, society considers them the worst of the worst, less than human. In their struggle to survive, they form a community, working together with surprising wit and tenacity. With the help of caseworkers, doctors, clergy and family, they can overcome the worst of themselves. 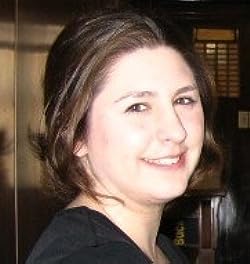 Together, they discover that hope is still possible, and while they can’t undo the damage they’ve done in the past, they can move forward– into absolution.

THE BACK STORY: I first learned of the Julia Tuttle sex offender colony in 2006 from an in-depth news article in the Miami Times. The story fascinated me– the idea of the prison system releasing people into homelessness. I found the photos even more fascinating– at that point, there were over 30 people living under the causeway. I immediately tried to imagine what it must be like, living in those conditions, having been convicted of the sort of crimes with which they’d been convicted.I’ve always been someone who sympathizes with the marginalized. When people commit crimes, my focus has never been on punishment, but trying to understand why they do the things they do. I started to research the Julia Tuttle colony and found some interviews with the men who were living there (eventually, they had at least one female resident, but that was after I’d finished researching the novel). The subject of sex offenders had many elements that I thought needed to be analyzed, particularly the scope of guilt (from public urination to actual predation).

I spent many years thinking about this story, but I didn’t actually start writing the book until 2009. I was awarded a fellowship from Rockhurst University for fiction, and this was the piece that came out of that. I lived in Kansas City, MO, at the time, and didn’t have the means to travel to Miami. So my research consisted of scouring YouTube for interviews and news segments on the sex offender colony. I also watched a lot of documentaries on parolees’ reentry into society. I talked with former prison inmates, prison guards and police officers about their experiences. I spoke with people I knew personally who’d been molested or assaulted. I tried to examine it from every possible angle. I finished the book in 2012. Parts of the book came very easily and naturally. Parts of it were so terrifying, I didn’t sleep. One chapter kept me up for four straight days.

WHY THIS TITLE?: Self-evident.

WHY WOULD SOMEONE WANT TO READ IT? Not many people write about this subject from the point of view of the convicted, and even fewer paint them in any sort of sympathetic light. I was really scared when I finished this book. I thought maybe I’d done a terrible thing. Maybe I’d receive hate mail. This book is definitely not for everybody. I’ve had several close friends attempt to read it and they weren’t able to get through it all. I shopped it around to agents and publishers, and I had quite a few who were interested, but ultimately, they felt the subject was too dark. That isn’t much of a recommendation, is it? I wrote it because I thought this was a subject that more people should be asking questions about. With the US having the highest incarceration rate in the world and over 700,000 people registered as sex offenders, it seemed like something that should concern everyone.

This story continues to color my perceptions of the world. I have since joined a nonprofit organization that visits long-term prisoners in federal institutions in an effort to reduce recidivism. I have two prison pen pals. I truly think redemption is possible with the right support in place. I think we owe it to our fellow human beings to try to make them better rather than just throw them away.

“A brilliant and captivating piece of work.” -The Drunken Druid review site.

“This novel is honest, brutal, and touching and sheds light on a real dilemma faced by men and women of this nation. Scharhag’s interpretation of the emotional and psychological state of the residents of the community under Julia is fascinating and full of vibrant depictions that draw the readers in.” -Smashwords reader.

“Under Julia immediately pulled me into the story, characters, and setting with a force that took my breath away. The eloquence and authenticity with which the book is written broadened my perspective and reinforced the complexity of a topic that is complicated, important, and relevant to us all.” -Amazon reader.

AUTHOR PROFILE: I’m a German-Mexican half-breed from Kansas City, MO. My work has been shaped largely through the culture clash between my parents’ families: passionate, belligerent and occasionally criminal working-class chicanos and icy, well-to-do Tuetons. I grew up cursing in Spanish and reading Goethe. My father taught me to read and write early, so I’ve been writing for as long as I remember. I got my first real gig at thirteen, writing a humor column and doing the occasional review for the Kansas City Star‘s teen section. That same year, I wrote my first novel. Before I was eighteen, I wrote my second novel. Both were quite terrible. Professionally, I’ve done every kind of writing, copy writing, technical writing, grants, you name it. I’m constantly experimenting with voice, style and genre. Perhaps the only common thread to my work is a deep and abiding interest in people and social interactions. In addition to Under Julia, my titles include The Ice Dragon, The Winter Prince, West Side Girl & Other Poems, and (with Coyote Kishpaugh), The Order of the Four Sons series.

AUTHOR COMMENTS: “People who hadn’t done anything too awful were branded for life as monsters. And as for the people who cause real harm– why aren’t more studies being done? Sex crimes occur across all races, all socioeconomic classes. Shouldn’t we focus on figuring out why it happens and try to prevent it?

In an attempt to explore these issues, I wanted to paint an image of sex offenders as people. Not monsters– just ordinary people who might live next door. I believe that if we see them first as people, we might be able to offer help and intervention before they commit crimes.