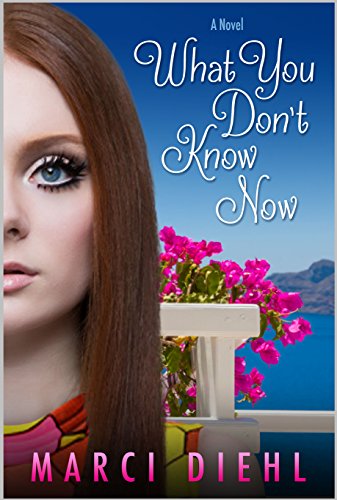 THIS WEEK’S OTHER FEATURED BOOKS, “BLACK HEARTS WHITE BONES,” BY WILLIAM FURNEY AND “GONE TO POT,” BY JENNIFER CRAIG, CAN BE FOUND BY SCROLLING DOWN BELOW THIS POST, OR BY CLICKING THE AUTHOR’S NAME ON OUR AUTHOR PAGE.

THE BOOK: What You Don’t Know Now

THE PUBLISHER: Merge Publishing -We merge author, publisher, and everyone in between to create successful books.

SUMMARY: Bridey McKenna’s graduation present is meant to be the ultimate mother-daughter vacation, during the one of history’s most important summers — the summer of 1967. Eighteen and in Europe for the first time, nothing is what Bridey expects. Her mother wants to keep her hermetically sealed on the tour bus, safe from all harm. “Harm” in her mother’s terms means having any experiences at all.

Bridey’s chances for adventure, romance and enlightenment look slim-to-none until she arrives in Umbria and meets Alessandro — someone who could change everything about her future. Alessandro is no ordinary singing waiter and he’s the last person on earth her mother wants in her daughter’s life. Bridey’s only hope for things to get better is to connect in Rome with her worldly aunt and uncle — a man who holds a position at the British embassy in Jordan that no one ever quite… defines. When an emergency takes Bridey off the tour, on to Athens and farther into that world than she ever imagined, the complex terrain of family, love and womanhood holds a surprising itinerary. In the summer before college, it’s the education of a lifetime. 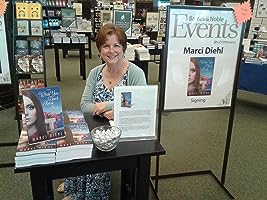 Set in Germany, Italy and Greece over a six-week period, What You Don’t Know Now takes place in 1967, the famous Summer of Love, when things were not, however, loving in the US or across the world. Just a few years prior, the term “Ugly American” was born. Graffiti on Autobahn overpasses spelled out hostile feelings about the US involvement in Viet Nam. The story has an international setting as the protagonist travels, and includes the issue of falling in love with a man who is gifted and driven — and the possible consequences of that, versus the character’s own pending launch and ambitions for her life. And it explores the complex territory of love between a mother and daughter who are about to separate into their own lives for the first time.

THE BACK STORY: When I was 18, I took a similar trip in Europe and kept a travel journal. Turning 18 is a threshold for girls – a step into early womanhood, and most 18 year olds think they know all they need to at that stage. I think I certainly felt that way. The tour I took was so terrible I knew it would make a great (possibly funny) book someday. It wasn’t until I was grown and re-read the journal that I saw myself as an 18 year old complaining endlessly about the misadventures of the tour, not appreciating what was before me. I did see how much I loved my family for keeping their sense of humor and bond despite separation.

Our trip also included dumping that tour and heading to Athens, where my aunt, uncle and cousins were staying after being evacuated out of Jordan during wartime. The uncle character in the novel is based upon my own late uncle, who was a spy for the U.S. – but I had no idea as a teen that he was an important intelligence officer. I thought the idea of writing about the “normal” side of a spy’s family life was intriguing and lent an unusual element to Bridey’s story.

WHY THIS TITLE?: As I said, when you’re eighteen you’re pretty grown up — but not quite. You have so much more to learn. It’s only in retrospect that you realize things or find out the real story. I thought about calling the novel “Her Itinerary” but What You Don’t Know Now just fit.

WHY WOULD SOMEONE WANT TO READ IT? It’s definitely for adults at least over 18, due to the sexual content of a couple of scenes. Who should read it? Mothers, daughters, sisters, aunts, cousins, grandmothers, nieces; women who lived through the 1960’s; anyone who took a trip to Italy or Europe and found a romance (there are more women out there that did than you may imagine!). People who are interested in history, travel, operatic tenors and their incubation, Italy, the Vietnam War era, life in the 1960’s, or Greece. Or anyone who has faced the choice of giving up what you most want to keep. This is women’s fiction, and coming-of-age.

“When I finished the book, my first thought was, ‘I hope there’s a sequel!’ I got very caught up in the protagonist, Bridey, as she navigated her way around Europe and a variety of firsts: falling in love with a romantic Italian, escaping from her well-meaning but over-protective mother, and struggling in a life-or-death situation. It’s been a long time since I’ve read a coming-of-age novel that I looked forward to picking up to see what happened next. The author does an excellent job developing a variety of characters while keeping the focus on Bridey. I can’t wait to see where Bridey’s life takes her.” — Jane Sutter Brandt, former Gannett editor.

“This debut loss of innocence/coming of age novel has romance, intrigue, romance, travel, romance, opera, romance, and the gorgeously portrayed Alessandro who catches the eye and heart of young Bridey McKenna. Marci Diehl’s smart, upscale writing makes this story real and terrific. A five star must read for lovers of romance, intrigue and remembrance of things past.” — Kathy Johncox, author, “What A Kiss Can Do.”

“A gem! I felt as if Bridey had packed me in her suitcase and taken me along on her adventures. Diehl writes with vivid exuberance in an entertaining and thought provoking way. I found myself indulging in “just one more chapter”. Would make a stunning movie. I hope there’s a sequel!” — Amazon 5-star review.

AUTHOR PROFILE: I’ve been writing since I was old enough to put sentences together and write letters. At ten, I wrote and illustrated my first novel, twenty pages of notebook paper  stapled together. I moved on to become the “geeky language nerd” in school, an inveterate note-passer (sometimes up to 6 pages long), comedy sketch writer, and winner of school awards for my editorials, short story and columns. I kept a “log” in a 3-subject spiral notebook of my experiences as an 18 year old on an ill-fated bus tour of Europe, which developed decades later into my debut novel, What You Don’t Know Now. I spent half my adult life traversing the nation as a PGA Tour Wife and traveling mother of four sons, writing for national, regional and local magazines on lifestyle, golf, travel, and humor. I’m also a multi-media writer for business when I’m not walking my dog, Sugar. Sometimes I go to movies just for the popcorn. I live in the beautiful Finger Lakes region of New York State.

AUTHOR COMMENTS: I hope something in the book touches readers. I would love it if a reader closed the book and said to herself, “I loved that.” I’d like them to feel they’ve lived in another time for a while, gone places they’ve never been – or if they have been, to remember their experience, feel whatever emotions that place brought.