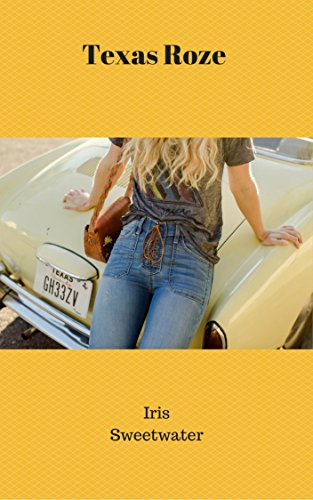 SUMMARY: Introducing beautiful Hollywood hairstylist Roze Lawrence, who is thrust into the small-town, ranching lifestyle unexpectedly when her father passes away.

Always a privileged young woman who has everything she would ever want in life (a great job, an amazing apartment in L.A., and a hot model boyfriend), Roze Lawrence is bored. She is tired of being that girl who has it so easy. But she doesn’t expect the opportunity to find herself in the form of her father’s will; leaving her ownership of his successful ranch in small-town Texas.

Now, she will have to prove herself to the step-family she barely knows and navigate small-town life, including the sexy men that date way differently than the men back in L.A.

THE BACK STORY: Roze’s mother could not stand the country lifestyle, so when her husband would not move away to the city, they got a divorce. She took Roze with her. Roze was taken to see her father all the time until her father got remarried; her mother could not handle going anymore. Roze gets a call at work at age 23 that her father has passed away and left her half of his property to share with her step brother she hardly knows.

WHY THIS TITLE?: I knew I needed a small town where there were a lot of farms, and I found this awesome picture for the cover where the car had a Texas plate. So, that is what I chose.

WHY SOMEONE WOULD WANT TO READ IT: If they like love triangles and strong women.

“TEXAS ROZE by Iris Sweetwater is well-written, filled with emotional pitfalls and the tension one would expect from dealing with an outsider coming to town.” – Dii at Tome Tender Book Blog

“As a native Texas I really appreciated this character. I instantly could relate to her since I live in LA now. This is a fun read that delivers a great reader experience.” Sarah

AUTHOR PROFILE: Iris Sweetwater has been a professional writer for over six years. She is a mother, published poet and author, and an educator. Iris has had a love for writing and telling stories since before she was even in school, and she always knew that some day she would publish a book, one way or the other. Her specialties are fantasy and paranormal, but after much ghostwriting, she ahs also been able to take on romance. It is her dream that she will be able to become an author full time, and she is happy to announce many projects in the works during 2017.

WHERE ELSE TO BUY IT: Amazon | Smashwords | Nook