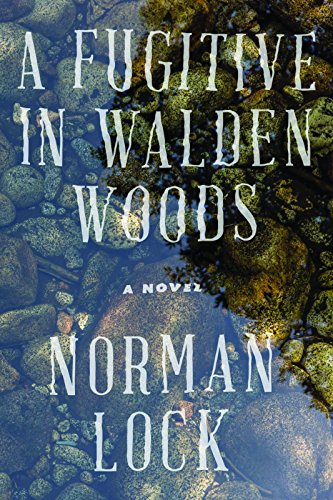 THE BOOK: A Fugitive in Walden Woods

SUMMARY: Having escaped a Virginia plantation, Samuel Long, a fugitive slave, must now begin the hard work of shaping himself as a man in relation to his newly acquired freedom and to a community of men where his role and identity are not clearly defined. Sharing Walden Woods with Henry Thoreau and ideas concerning human dignity and purpose with Emerson, Hawthorne, William Lloyd Garrison, and other Transcendentalists and Abolitionists, Long will experience his coming into full consciousness – and manhood – at Walden Pond, where, along with Thoreau, he will be tested in a final and climactic act of civil disobedience. 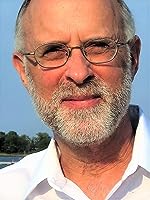 THE BACK STORY: For me, the idea for a fiction arrives in a mysterious way; it is a gift appearing out of nowhere, although I will awaken to its sketch, making me believe that the “nightwork” of a benevolent and talkative unconsciousness is partly responsible. You can call it inspiration for all I know of the source and motivation of this new book or any other of my writings.

I did know, however, that Thoreau must be one of the voices heard, or raised, in any series of novels devoted to the influential cultural figures of nineteenth-century American art and thought, just as I have known since commencing the series that Emily Dickinson and Melville would be given their say – though the saying, as I have said, will be interpreted by a foreground character who, being an ordinary man, must at times misinterpret what he hears and what he understands. (The use of an unreliable narrator allows me to sound an obsessive theme in all my fiction: the impossibility of any one person knowing another with perfect comprehension. What belongs to our deepest self – our motivations – are largely hidden, even from ourselves.)

Having a background figure – or, in the case of A Fugitive in Walden Woods – three figures (Thoreau, Emerson, and Hawthorne, who were all in Concord at the time of my story) – it only remained to choose a foreground figure – i.e., the narrator. During the writing of The Boy in His Winter, I had been thinking of the presumptuousness of a white man assuming the voice and consciousness of a black one. I was troubled by what might be viewed as expropriation. And yet if I were to accomplish what I meant to do in these books – open the consciousness and a part of the unconscious mind to public inspection – I needed to take on these other personae.

For one, such as I, interested in the Other, there is no escaping the necessity of becoming – in fiction – another person. And so it was that I began to imagine a fugitive slave living in Walden Woods, nearby Thoreau’s cabin.

I am most comfortable when concealing myself behind a negative capability, although everything I write is grounded in myself – emotions, thoughts, anxieties, disquiet – all dissembled behind my fictional characters. I know no one else as well as myself, whom I do not claim to know entirely. I suppose it is the same for every writer of fiction.

WHY THIS TITLE: Titles can come easily – even before the story itself is known – or they can stubbornly withhold themselves – sometimes until after the story has been told. This has been my experience as a writer of fiction and plays, as well as, during a forty-year career as an advertising copywriter, for ads and brochures. The title A Fugitive in Walden Woods occurred early in the writing of the novel. I knew that my escaped slave Samuel Long would become Thoreau’s neighbor at Walden Pond, and only a few permutations of slave, runaway, Samuel Long, Thoreau, Walden Pond, and Walden Woods intervened.

WHY SOMEONE WOULD WANT TO READ IT: The best of our nineteenth-century literature was not small, nor did it consider ethical, political, or social ideas outside the jurisdiction of fiction. My ambition in writing A Fugitive in Walden Woods and indeed all of the American Novels (I am at work on the eighth) is to confer on readers a larger view of the American present by writing essential stories of a nation being violently made and remade and to undertake the rescue from oblivion certain experiences missing from the national memory.

AUTHOR PROFILE: Other of Norman Lock’s books of fiction published by Bellevue Literary Press are The Port-Wine Stain (2016), American Meteor (2015), The Boy in His Winter (2014), and Love Among the Particles (2013). American Meteor and The Boy in His Winter were also produced as audio books by Blackstone Audio. Lock has won The Paris Review Aga Khan Prize for Fiction and the Dactyl Foundation for the Arts & Humanities Literary Fiction Award and has been awarded writing fellowships from the New Jersey State Council on the Arts (1999, 2013), the Pennsylvania Council on the Arts (2009), and the National Endowment for the Arts (2011). In addition to prose fiction, Norman also has written plays for stage and radio. He lives in Aberdeen, New Jersey, with his wife, Helen.

AUTHOR COMMENTS: I would not care to be a confessional writer, putting forward my life, with its sorrows and minor apocalypses, as subjects worthy of public notice. As is the case of any other writer, each work is a revelation, a disclosure, and a confession. (I cannot imagine a case where a writer will create out of a cloth so whole that it does not bear some evidence of his or her life.) The reader could not recognize this author in any of his characters unless I were to annotate each text with details of my personal – my secret – life. As I cannot imagine ever being persuaded of the necessity of producing such a gloss, I feel that I am safely hidden from view.

Personality aside, the “American novels” that I am writing aspire to something other than historical fiction. And while they are grounded in historical fact (whose truthfulness is always doubtful), my novels are in no way biographies, official or otherwise, of the literary and artistic figures they represent. They are evocations of their periods and their subjects – made real, or at least concrete, by particularities of the mise en scène. The characters at their centers – persons drawn from literary history are not necessarily as they were but as they seem to the narrator, who is always an unreliable one. What I hope to produce by writing them is a series of novels that discover in our national past the causes and beginnings of certain qualities in the American character. Because these novels are meant to be critical of our contemporary life – at least of its vicious side – they portray the darkness at the heart of our literary past.

WHERE TO BUY IT: Directly from Bellevue Literary Press http://blpress.org/books/fugitive-walden-woods/, Amazon, or many other online retail outlets.

One thought on “A Fugitive in Walden Woods”