THIS WEEK’S FEATURED BOOKS, “THE ANCHOR CLANKERS,” BY RENEE GARRISON AND “TRACKS ALONG THE LEFT COAST,” BY ANDREW SCHELLING, CAN BE FOUND BY SCROLLING DOWN BELOW THIS POST, ALONG WITH THE “FIRST TUESDAY REPLAY.” OR, YOU CAN CLICK ON THE AUTHORS’ NAMES ON OUR AUTHOR PAGE.

Looking over our highlighted books for the upcoming week, I found myself thinking of analogies from the world of art. For like diverse paintings on the wall of a gallery, each book illustrates a different facet of the creative imagination.

“Because It Is So Beautiful,” by Robert Leonard Reid, is a collection of essays from his many years as an outdoor writer, reflecting his enchantment with wild places and wildlife. Think of this book as a landscape.

In “Contract City,” novelist Mark Falkin is also writing about a real place — Tulsa, OK, in the not-so-distant future.  This Tulsa, however, has privatized all its services, and the result is a society edging toward totalitarianism. As one reviewer put it: “Contract City is an engaging, suspenseful portrayal of a world that, although imagined, feels all too familiar.” 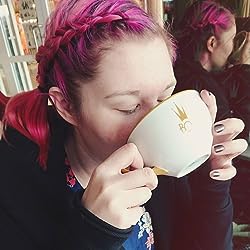 Finally, Cheryl Low takes her imagination even farther, creating a world of her own.

Her “Vanity in Dust,” she explains, is “a dark fantasy about a city ruled by a terrifying Queen and governed by strict hierarchy and absurd social order. They drink tea to get high, eat cake for every meal, and sit in a library pretending to read books with no words. Dueling is a pastime, whispering is a sport, and there will be bloodshed and broken hearts.”

In other words, a work of abstract art. Or maybe not.

UPCOMING ON SNOWFLAKES IN A BLIZZARD, SEPT. 12-18.

“BECAUSE IT IS SO BEAUTIFUL,” BY ROBERT LEONARD REID.

Writes Robert: “Because It Is So Beautiful” is a collection of nineteen essays, fifteen of which have appeared in earlier books of mine, four of which are new. Each essay centers on the majesty and wonder of the American West, and each inquires into the central theme of the collection, namely, the duality of nature.

The year is 2021 and the money is still green. The fully privatized city of Tulsa, OK, is home to Sara Paige Christie, a teenage girl with her heart set on a film career in L.A. and her camera trained on the graffiti-covered walls of the city’s outskirts. In pursuit of a documentary subject that might propel her from college hopeful to film school admittee at USC, Sara has focused her ambitions upon a singularly ubiquitous tag―WH2RR??From the facades of storefronts to the walls of public restrooms, the tag is appearing nearly everywhere. Its stark all-capital letters and demanding question marks have captured Sara’s imagination, even as the private security personnel of Free Force Tulsa (FFT) scramble to eliminate the marks with power washers, gray-overs, and full censorship, stripping even photographs of the tags from the locally accessible Internet.

Sara has no doubt that there is meaning hidden in plain sight, and she sets off on a mission to find the person behind the mysterious tags while balancing an already full life: her final exams, her wild best friend, a physical fitness test that threatens her GPA, and a family that seems almost oblivious to what’s happening just down the street from their suburban home. With the exception, perhaps, of her father. A retired Marine turned FFT investigator, Sara’s dad has been on the trail of the graffiti artist for his own professional reasons. And if he knows what’s going on, he’s not telling Sara. And they’re not the only ones on the hunt … tensions are rising in town and beyond. Between the machinations of the city’s home-grown megachurch, Chosen Hill, and the movements of a growing camp of homeless citizens parked just beyond Tulsa’s comfort and security, life in Tulsa is about to become very interesting, and Sara just might be in the right place to catch it all on film … but only if she survives.

VANITY IN DUST, BY CHERYL LOW

In the Realm, there are whispers. Whispers that the city used to be a different place. That before the Queen ruled there was a sky beyond the clouds and a world beyond their streets.

Vaun Dray Fen never knew that world. Born a prince without a purpose in a Realm ruled by lavish indulgence, unrelenting greed, and vicious hierarchy, he never knew a time before the Queen’s dust drugged the city. Everything is poisoned to distract and dull the senses, even the tea and pastries. And yet, after more than a century, his own magic is beginning to wake. The beautiful veneer of the Realm is cracking. Those who would defy the Queen turn their eyes to Vaun, and the dust saturating the Realm.