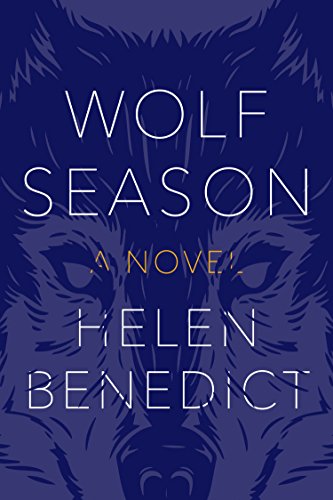 THIS WEEK’S TWO OTHER FEATURED BOOKS, “BITTERROOT,” BY STEVEN FAULKNER AND “AMERICAN FLOWERS,” BY TYLER FLYNN DORHOLT, CAN BE FOUND BY SCROLLING DOWN BELOW THIS POST, OR BY CLICKING THE AUTHORS’ NAMES ON OUR AUTHORS PAGE.

THE PUBLISHER: Bellevue Literary Press. Publisher of the novel, Tinkers, by Paul Harding, which won the Pulitzer Prize in 2010.

SUMMARY: After a hurricane devastates a small town in upstate New York, the lives of three women and their young children are irrevocably changed. Rin, an Iraq War veteran, tries to protect her little daughter and the three wolves under her care. Naema, a widowed doctor who fled Iraq with her wounded son, faces life-threatening injuries. Beth, who is raising a troubled son, waits out her marine husband’s deployment in Afghanistan, equally afraid of him coming home and of him never returning at all. 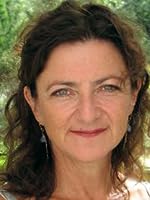 As they struggle to maintain their humanity and love, and to find hope, their war-torn lives collide in a way that will affect their entire community.

THE BACK STORY: All my writing life, I have explored various aspects of social injustice, so when the United States invaded Iraq in 2003, I determined to do the same in the context of war. I began by listening to dozens of women veterans, more of whom were serving and dying in Iraq than in any American war since World War Two. The women were eager to tell their stories but sometimes, during these interviews, they would fall silent, hands shaking, eyes filling with tears, unable to speak further. This moved me profoundly and I came to understand that the true story of war lay within those very silences; the private, internal experiences hidden deep inside a soldier’s heart. I wanted reach that internal story through fiction.

Yet soldiers’ experiences are, of course, only one side of what goes on at war. I also wanted to tell the other side — that of civilians. Thus, I found some Iraqi refugees to interview, just as I had the soldiers. They were eager to help me. They, also, wanted to be heard.

This led me to Wolf Season, my novel about women, and men, on both sides of this war and how war affects not only those who are caught up in it but all those who love them: the children, the parents, the partners. The stories of Rin, Naema and Beth and their children, and of the men Louis and Todd, reflect what I found in those secret places in the human soul that have always been the territory of novelists.

WHY THIS TITLE?: I titled the book Wolf Season not only because the story contains wolves, but because wolves have long symbolized a range of things from the evil to the spiritual. Also, I learned that the phrase, “wolf season,” can be used to mean a time of madness. War is a time of madness, as is its devastation on human beings.

WHY WOULD SOMEONE WANT TO READ IT? The Iraq and Afghanistan wars have affected small town communities across America, and yet few writers have looked at the effects on women and children, let alone on Iraqi refugees. I would hope people who care about the war, who fought in it, or who have loved ones who fought in it, might be especially interested in this novel. But I also think we all should be aware of what war does, as this country is constantly embroiled in one war or another, paid for by our taxes.

On a lighter note, the novel also has a somewhat magical feeling about it, and a lot of tenderness – between mothers and children, between children themselves, and even between men and women. And then there are those fascinating, majestic, fiercely intelligent wolves.

“No one writes with more authority or cool-eyed compassion about the experience of women in war both on and off the battlefield than Helen Benedict. In Wolf Season, she shows us the complicated ways in which the lives of those who serve and those who don’t intertwine and how—regardless of whether you are a soldier, the family of a soldier, or a refugee—the war follows you and your children for generations. Wolf Season is more than a novel for our times; it should be required reading.” — Elissa Schappell, author of Use Me and Blueprints for Building Better Girls

“A novel of love, loss, and survival, Wolf Season delves into the complexities and murk of the after-war with blazing clarity. You will come to treasure these characters for their strengths and foibles alike. Helen Benedict has delivered yet again, and contemporary war literature is much the better for it.” — Matt Gallagher, author of Kaboom: Embracing the Suck in a Savage Little War and Youngblood

“Gripping. . . A low level of dread builds slowly, drawing readers toward the inevitable climactic clash, though Benedict’s memorable and complicated characterization is the true highlight.”

“Fierce and vivid and full of hope, this story of trauma and resilience, of love and family, of mutual aid and solidarity in the aftermath of a brutal war is nothing short of magic. Helen Benedict is the voice of an American conscience that has all too often been silenced.

“(To read) these pages is to be transported to a world beyond hype and propaganda to see the human cost of war up close. This is not a novel that allows you to walk away unchanged.” — Cara Hoffman, author of Be Safe I Love You and Running

AUTHOR PROFILE: Like many writers, I was something of a loner as a child, in love with reading. This was partly because my father was an anthropologist, so even though we were based in London, he was always whisking us off to live in far-away places for months or even years at a time, where I didn’t go to school and had few playmates aside from my sister. We lived in Mauritius for two years and the Seychelles for six months, islands in the Indian Ocean. The books I loved then were Mary Poppins, Tove Jansson’s Moomin Books, Pippi Longstocking, The Oz books and C.S. Lewis’s Narnia series—all novels, I realize now, that featured brave, rebellious, adventurous girls.

Inspired by these wonderful books, I wrote a novel at age 8 and another at 11.

At 12, I read Jane Eyre, a book that infected me with a passion for social justice, as did Black Beauty. Whether for girls or horses, I wanted life to be fair! Later, when I was in my teens, my family moved to Berkeley, California during the time of Black Power and the Panthers and demonstrations against the Vietnam War. I read The Autobiography of Malcolm X and Soul on Ice and went out on marches, and my passion for social justice grew into something more adult and political.

I went to high school and college in both the U.K. and the U.S., moving back and forth every few years. In college, I read Simone de Beauvoir’s The Second Sex and Germaine Greer’s The Female Eunuch, among many other seminal works of feminism, firing up my passion for justice even more. And as a student, I worked in a women’s prison, which twelve years later formed the basis for my first novel, A World Like This. After graduate school, I moved to New York, and later spent a year in Paris.

I have always had a political side and a literary side, which is why I ended up being both a journalist and a novelist. My reading tastes, however, tend to lean toward fiction. I love Virginia Woolf and James Baldwin, Tolstoy and Dickens, Emile Zola and Pat Barker’s trilogy on World War One, Reparation, which influenced by own war writing. And I still love everything by Charlotte Bronte, a feminist way ahead of her time, and by George Eliot, a psychologist ahead of hers.

When the United States invaded Iraq in 2003, I became determined to explore the effects of war on human beings. Three years of research led me to write The Lonely Soldier, a nonfiction book about women at war, and then Sand Queen, a novel set in Iraq. Now, here is Wolf Season, a novel about how war affects not only those who are caught up in it but those who love them.

For more about my other books, see http://www.helenbenedict.com.

AUTHOR COMMENTS: “I had many adventures researching Wolf Season. Most were moving, some sad, others uplifting — I am always amazed by the resilience of women and children. The Iraqi mother whose teenaged son had been killed in Baghdad, yet who laughed when her 9-year-old, Mustapha, upon hearing I am a British writer, asked me if I’d written Harry Potter. The woman soldier who lives in the woods with her wolves, and who peppered her speech with extraordinarily colorful sayings that inspired me to create Rin Drummond. The young Iraqi woman who had lived through torture and near death, but was so eager to advise me about Naema Jassim. I also had a wonderful time at Wolf Mountain, where I was virtually alone with several wolves for many hours, watching them play and sleep and eat. Wolves have an elegance and independence that is wildly beautiful.

I hope to have captured some of those adventures and moving moments in fictional form for this book, so readers will also feel moved and adventurous as they move through the story.