THIS WEEK’S OTHER FEATURED BOOKS, “UNRULY,” BY ELYSIA LUCINDA SMITH AND “DEADFELLAS,” BY JON D’AMORE (A HALLOWEEN TREAT) CAN BE FOUND BY SCROLLING DOWN BELOW THIS POST OR BY CLICKING THE AUTHORS’ NAMES ON OUR AUTHORS PAGE.

THE PUBLISHER:  Black Sparrow Books/David R. Godine. Godine is a small publisher with a big reputation.

SUMMARY:  Six of the stories are “Shakespeare re-boots.” In one, for instance, a murderer plays Hamlet in a prison theater production of the play while waiting to meet with the parole board that will decide his fate. In another Desdemona is the chair of an English Department looking to make an affirmative action hire because Othello is the only minority member of the department. Another story riffs on Charlotte Bronte and yet another on the American artist Thomas Eakins. In every case the art of the past is both cherished for its own sake and used to explore the here and now.

A blogger writes: “Delightfully, being unfamiliar with the source material isn’t a hindrance to enjoying Bamber’s stories as she includes enough background to understand where she’s going. (For example, ‘Playing Henry’ is about a bunch of Shakespeare’s history plays, which I’ve never read/seen, but I certainly understood the struggle Bamber’s heroine had with working with her part, the tension with her father, the yearning to be really good at something.)” 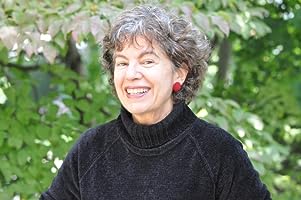 THE BACK STORY: The book began while I was on vacation one year on an island. I woke up thinking about the island in Shakespeare’s The Tempest, and some mechanism in my mind began writing a warm, newsy letter from one of its characters to another. Of course the character were women: Miranda and Claribel, the daughters of the two most powerful men in the play. There’s a lightly feminist impulse behind many of the stories in my collection: let’s see what happens when we center these plays on their women rather than always the men.

WHY THIS TITLE?: “Take what you like and leave the rest” is a folk saying. I used it to indicate the liberties I was taking with Shakespeare, just as he took liberties with the stories he borrowed and re-told. (The saying seems to have been appropriated in our time for spiritual purposes. The Dalai Lama, the Pope and 12-Step Recovery Programs all make it part of their message; but in fact I had nothing so elevated in mind).

WHY WOULD SOMEONE WANT TO READ IT? The niche audience would of course be people who like (or teach or act in or attend performances of) Shakespeare. But each story also has its own contemporary plot and characters, so in a way Shakespeare (or Eakins or Bronte) is no more important than the context of any fiction. What’s unique about my book is its blend, as another blogger said, of “admiration and attitude.” My stories both mock these icons of high art and also love, adore, pitch, teach and generally have a great time thinking about them.

“Delightful, moving, and often laugh-out-loud re-imaginings of the plays. Bamber does amazing things with the ‘Shakespeare format;’ she seems to get the whole world in.” — NPR.

“I’ve never read anything quite like these stories. They’re playful and inventive and funny, and they shake things up! They have the same effect as when you see a great production of a Shakespeare play. It makes the work come alive.” — Ben Fountain, author of Billy Lynn’s Long Halftime Walk’

“Like the best and most memorable teachers Bamber brings the past to bear on the present in ways that inform and exhilarate.” — Harvard Review

AUTHOR PROFILE: “I started out in life as a scholar/critic, not a writer; and thank God I did, because my scholarly/critical work earned me a permanent job teaching English to brilliant, amazing students at a university where the grounds are immaculately kept. But about 10 years into my career something went seriously wrong. I was trying to write a second book, but it felt like turning the key in a car that could only cough and die. I went to conferences, I gave papers, but I wasn’t having any fun. Sometimes I couldn’t understand the questions at the end of a talk and had to fake the answers. My listeners were in one world and I was in another.

“Then my father died, and in my grief, I wrote a poem – a lifetime first for me, as I never so much as took a creative writing course in college. I spent another 10 years writing stories and poems in private while still pretending in public to be a scholar. Finally I realized that if I didn’t like reading scholarship in my field, I certainly wasn’t going to be able to force myself to write it, and that was that. Tenure is never having to say you’re sorry, so my colleagues and deans adjusted to my silent withdrawal from their world, and life went on as before.

“Since then I’ve published stories, poems and essays in periodicals such as The Harvard Review, The Nation, Ploughshares, The New York Times, The Kenyon Review, Raritan, and Tikkun. My poetry collection, Metropolitan Tang (http://www.godine.com/book/metropolitan-tang/), is from David R. Godine as is Taking What I Like: Stories (http://www.godine.com/book/taking-like-stories/ ). Widely reprinted and anthologized, my critical book on Shakespeare, Comic Women, Tragic Men: Gender and Genre in Shakespeare, was published by Stanford University Press (https://www.amazon.com/Comic-Women-Tragic-Men-Shakespeare ). My current project is a novel in letters about the cross-country expedition of Lewis and Clark.”

AUTHOR COMMENTS: “Shakespeare himself was both part of popular culture and embedded in a magnificent literary tradition. I object to the sense of solemnity people have about Shakespeare, and also to its flip side, which is unmitigated satire. I don’t see why we should have to chose between our love for the plays and the desire to laugh away the past. Shakespeare himself made fun of his venerable sources; but in his hands the earlier work morphed into something beyond mockery. Why shouldn’t we, too, try to have it both ways?”

I love this comment from a blogger because it captures my goal of having it all:  Funny, emotional, knowing, meta, and geeky, these stories read quickly but invite meditation and musing, whether one is a casual reader of some of the greats of the Western canon or a devoted fan.”

WHERE ELSE TO BUY IT:  David Godine website, Amazon, Barnes and Noble

PRICE: The price varies with the outlet.

CONTACT THE AUTHOR: My email address is linda.bamber@tufts.edu . I answer my mail