THE BOOK: How to Grow an Addict.

THE PUBLISHER: She Writes Press.

SUMMARY: Randall Grange has been tricked into admitting herself into a treatment center and she doesn’t know why. She’s not a party hound like the others in her therapy group—but then again, she knows she can’t live without pills or booze. Raised by an abusive father, a detached mother, and a loving aunt and uncle, Randall both loves and hates her life. She’s awkward and a misfit. Her parents introduced her to alcohol and tranquilizers at a young age, ensuring that her teenage years would be full of bad choices, and by the time she’s twenty-three years old, she’s a full-blown drug addict, well acquainted with the miraculous power chemicals have to cure just about any problem she could possibly have—and she’s in more trouble than she’s ever known was possible. 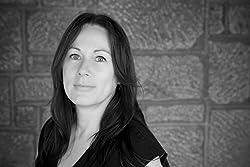 THE BACK STORY: I’m a recovered drug addict and alcoholic and wanted to write a book that other addicts could relate to, not feel judged, and gain a bit of hope from.

“A  dark, ultimately hopeful story that reveals how a young, female addict is grown (starting with a mean, drunk dad, an equally mean brother, and a distant, damaged mother). I fell for Randall Grange in the first line: ‘I still can’t figure it out.’”  – Barbara Claypole White.

“In a voice that resonates with the little girl, Scout Finch, fom To Kill a Mockingbird, the reader sees through Randall Grange’s eyes the child’s world of constructing values, making sense of what doesn’t have any sense, and realizing there are people to trust and those you can’t.” – Diana Paul.

“I stayed up until the wee hours of the morning reading J.A. Wright’s HOW TO GROW AN ADDICT: A NOVEL because it’s riveting and I couldn’t close the book without knowing how it ends. Dysfunction, chaos, loss, survival, and resiliency are elements that serve to tighten the screws in this gut-wrenching portrayal of recovery that will break your heart wide open.” — Laurie Buchanan.

AUTHOR PROFILE:  J.A. Wright grew up in the Pacific Northwest of the United States and moved to New Zealand in 1990 with her young family. She’s been crafting this novel since she stopped using drugs and alcohol in 1985.

AUTHOR PROFILE:  J.A. Wright grew up in the Pacific Northwest of the United States and moved to New Zealand in 1990 with her young family. She’s been crafting this novel since she stopped using drugs and alcohol in 1985.

WHERE ELSE TO BUY IT: Various on-line stores.