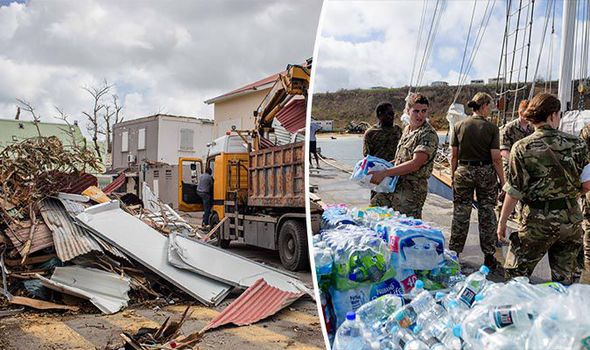 THIS WEEK’S CURRENTLY FEATURED BOOKS, “”ALL THE DIFFERENCE,” BY PATRICIA HORVATH AND “AMERICAN AMNESIAC,” BY DIANE RAPTOSH, CAN BE FOUND BY SCROLLING DOWN BELOW THIS POST, ALONG WITH THE “FIRST TUESDAY REPLAY.” OR CLICK ON THE AUTHORS’ NAMES ON OUR AUTHOR PAGE.

The first book ever featured on Snowflakes was Brian Simpson’s “Island Dogs,” in May of 2015.  I loved that story then, and I still do.

The setting for Brian’s novel was the Caribbean island of Anguilla, one of those recently savaged by the one-two punch of hurricanes Irma and Maria. Typically, the mass media focused on the plight of the people there — most of whom depend upon tourism to put food on their tables — for about five minutes before moving on to other stories.

That’s one reason why Brian would like to help, even in a small way. He writes:

“My wife and I have lived in a lot of places in our lifetime, but living in Anguilla for a couple of years changed us forever. The white beaches, the blue water, the fantastic music, the beyond delicious foods, and of course, the truly amazing people of the island will remain a part of our lives and in our hearts no matter where our future takes us.

“While we have sent what we could to help some of our friends who suffered destruction from the recent hurricanes, we want to do more. After some discussion, we came up with an idea to help generate funds for the island restoration projects while giving people a little something for their money.

“From now until December 31, 2017 we will donate 100% of the profits from the Amazon sales of Island Dogs, a novel by BM Simpson, to the Blooms Anguilla Relief Fund.

“The novel Island Dogs is a story of five expats from around the world who befriend each other in a bar in Anguilla as each of them tries to put their dysfunctional life back on the right track. Throw in a local bartender, an island beauty, a local woman who is shrewder than most could imagine, a Frenchman who gets in over his head and a few more characters in the mix and you have the recipe for Island Dogs, the novel.

“Of course, wanting the book to be authentic, I did a fair amount of research at some of the great island bars such as the Ferry Boat Inn, the Pump House, Sunshine Shack, Elvis’s, Sandy Island, The Dune and several fine establishments on the island. All of them were inspirational to writing the novel.

“So, if you want to help Anguilla with their rebuilding efforts and read a fun, island novel about some dysfunctional expats and the friendships they kindled while living in Anguilla, go to the link below and help us raise funds for the restoration of our beautiful island. Every purchase will be appreciated and every penny of profit from the Amazon sales will be donated to the fund.”

“CHILDREN AND LUNATICS,” BY MEGAN McNAMER.

​In Children and Lunatics, the 21st century is new and fragile, the center barely holding. Wars, terrorists and hurricanes are on TV. A silent street person and a suburban mother share intimate spheres of love and grief and odd obsessions, although they barely meet. As their paths converge, an eerie world hovers, casting shadows and flickering lights, igniting fears and dreams.

A war death hovers around the happenings — a high school boy gone off to Iraq and instantly killed. ​ This occurs off stage and is signaled to the reader through the street person’s sense of a lost brother and the suburban mother’s giddy anxieties flung around her own son. No one is quite clear about the nature of the world they live in except to know that their own control is tenuous.

Randall Grange has been tricked into admitting herself into a treatment center and she doesn’t know why. She’s not a party hound like the others in her therapy group—but then again, she knows she can’t live without pills or booze. Raised by an abusive father, a detached mother, and a loving aunt and uncle, Randall both loves and hates her life.

She’s awkward and a misfit. Her parents introduced her to alcohol and tranquilizers at a young age, ensuring that her teenage years would be full of bad choices, and by the time she’s twenty-three years old, she’s a full-blown drug addict, well acquainted with the miraculous power chemicals have to cure just about any problem she could possibly have—and she’s in more trouble than she’s ever known was possible.

“BUSINESS AS USUAL,” BY JESSIE KWAK

Writes Jessie, whose “Shifting Borders” was previously featured on Snowflakes:

“Are you worried about the state of business during the zombie apocalypse? You’re not alone. In my quest to document our new reality, I’ve spent the past year collecting stellar examples of how everyday businesspeople like you and me are keeping their chins up during the apocalypse.

“A collection of short, punchy zombie stories told through the medium of email chains, webinar scripts, and internal memos, Business as Usual is the laugh-out-loud break in your day you deserve.”

One thought on “Weather Report, Nov. 13”