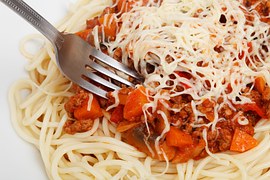 OUR CURRENTLY FEATURED BOOKS, “CHASING THE POWHATAN ARROW,” BY MICHAEL ABRAHAM, “DANCING WITH DANDELIONS,” BY ZELLE ANDREWS AND “SOUVENIRS AND OTHER STORIES,” BY MATT TOMPKINS, CAN BE FOUND BY SCROLLING DOWN BELOW THIS POST, OR BY CLICKING THE AUTHOR’S NAME ON OUR AUTHOR’S PAGE.

Have you ever checked out any of the TED talks?  I’ve gotten hooked on them, and recently saw one that spoke quite eloquently to the inexact science of book marketing — even though it was actually about spaghetti sauce.

This 2004 presentation was delivered by author Malcolm Gladwell and titled “Choice, Happiness and Spaghetti Sauce.” The focus was food researcher Howard Moskowitz, who was once hired by Prego to discover the perfect spaghetti sauce, that elusive combination of flavors that would appeal to everyone.

It turned out that this “perfect sauce” was as mythical as the Holy Grail. Instead of traveling along a clear bell curve, the information gathered from hundreds of Moskowitz focus groups on spaghetti sauce preference was messy and almost incomprehensible.

His conclusion? Because human beings have very different tastes (literally), there is no common denominator in spaghetti sauce — or anything else.

No political party can put forth a candidate who appeals to everyone. No music can provide everyone’s personal soundtrack. And, more to the point, no one has ever written a book that everybody liked.

Armed with the information from Moskowitz, Prego began putting out multiple varieties of spaghetti sauce, and their sales mushroomed.

It’s a lesson unheeded by lots of beginning writers (and even a few veterans) who believe that the best way to sell their book is to pitch it to everyone. Then, if they get a bad review, they internalize it. They think of their work as “good” or “bad,” as if the goal was to create a perfect spaghetti sauce.

But I’ve loved books that my wife Gail would never pick up, and vice versa. And then there have been books that we both enjoyed.

Yes, there are millions and millions of books available on Amazon at any given time, but each one is unique. To revisit Gladwell’s metaphor, some are thick and chunky, others light, still others heavily spiced.

That’s why I make sure each week to provide a varied menu on Snowflakes in a Blizzard (snowflakesarise.wordpress.com). You may not be drawn to all three of this week’s offerings, but the hope is you’ll find something there that’s worth tasting.

“GUESS AND CHECK,” BY THADDEUS RUTKOWSKI

Guess and Check is the story of a biracial boy—later a young man—who adjusts with difficulty to lessons learned from the behavior of his parents and the people around him. In his world (rural America), he is an observer of dysfunction. He doesn’t identify with either of his parents—his mother is Asian and his father is Caucasian—or most of the children he meets in school. At times he is bullied, at other times ignored, so he seeks a way out.

His outsider experience doesn’t improve during his college years or his life as a young man. As an employee for an unnamed company, he feels an anxiety that leads to surreal incidents—on the border between bad dreams and what actually happens.

Yet he eventually learns to get along with, even love, the people around him, though the feeling doesn’t come easily. Fortunately, his journey with his own family goes in a positive direction, and the story ends on a note of hope.

“It’s long seemed to me that the most personally transformative part of writing is revision.  But all the books that explore writing as a means of spiritual growth focus on generating.  The whole writing process, from the first inkling of an idea through publication, provides opportunities for personal and spiritual transformation.  I wanted to return revision, which is often a sticky point for writers, back to its original meaning—re-seeing the text, and in so doing, re-seeing the world.”

“IN SYCAMORE HALL,” BY PATRICIA ALLISON

Beautiful, manipulative and controlling, Rosemary has become the terror of Sycamore Hall, the charming and exclusive Manhattan co-op building that she rules with an iron hand. She has made her share of enemies over the years. After escaping an abusive childhood to make a new life for herself in New York City, she suffered a disappointing love affair followed by a marriage of convenience. Ultimately, she married into wealth and power. Never satisfied, she has a need to dominate the lives of all around her – including her insecure daughter Serena.

When Rosemary is found murdered in her pristine apartment, it immediately becomes clear to Deke O’Hara and Naomi Loomis, the two NYPD detectives assigned to the case, that anyone in the building might have had a reason to kill her. Everyone has a motive, and no one is talking – except for one observant neighbor who has been keeping a careful eye on all the residents of 110 Sycamore Hall. Who is innocent? Who is guilty? Was the killer an enemy from Rosemary’s present, or someone from her past? How will the lives of those living in 110 Sycamore Hall be changed as the mystery unravels? Follow the clues in this intricate story of psychological suspense as secrets and lies are revealed.