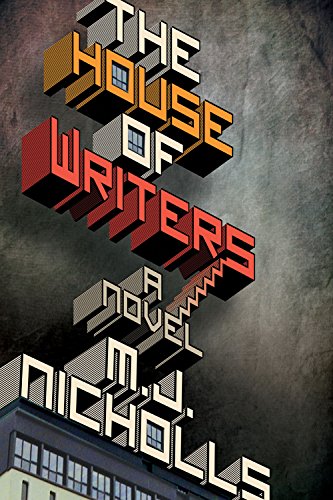 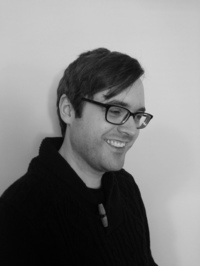 THE BOOK: The House of Writers.

THE EDITOR: The polymathic whiz-kidder Jacob Smullyan, himself a penner of fine puckish prose.

THE PUBLISHER: Sagging Meniscus Press. A publisher of wonderfully offbeat, linguistically explosive, and playful prose and poetry, usually with lashings of wit and innovation, based in New Jersey. They publish, among many others, the splendid Marvin Cohen, Lee Klein, Aaron Anstett, Steven Moles, and Jack Foley.

SUMMARY: (The blurb). “A playful novel set in 2050, when the publishing industry has collapsed, literature has become a micro-niche interest, and Scotland itself has become an enormous call center. Those writers who remain reside in a dilapidated towerblock, where they churn out hack works tailored to please their small audiences. The novel weaves together individual stories of life inside (and outside) the building, where each floor houses a different genre, as the writers fight to keep the process of literature alive with varying degrees of success. The novel is a feast of wit: a surreal entertainment, a bracing satire, a verbal tour de force, and a good-spirited dystopian comedy; it is also a loving homage to language, literature, and the imagination, and a plea that they remain vital well into the dubious future that awaits us.”

THE BACK STORY: I had, for a number of years, found myself in the paradoxical position of being chronically fed-up with the writing life, resenting every published or unpublished writer (including friends, and myself, whenever I published), and loathing my every written word, while simultaneously embracing literature with a mad fervour, reading five to ten books per week, and worrying violently for the future of the pursuit that I loved (and loathed). This novel, the first in a trilogy of novels on writers, readers, and critics, emerged from that contradictory and self-flagellatory mental soup, and allowed me to further my fondness for satire, comedy, parody, lists, and metafictional play. The novel is borne from a real despair at the present-day ebbing away of interest in the written word, and the conceit of corporate publishers who fashion bestsellers from old cabbage and soiled undies.

WHY THIS TITLE?: The protagonist of the novel is, in effect, the towerblock in which the writers are fated to scribble furiously for their evening falafel.

WHY WOULD SOMEONE WANT TO READ IT? The novel is more likely to please bibliophiles and writers, rife as it is with parodies, references, lists, stories-within-stories, self-referential tangents, and pseudo-autobiographical confessions. Anyone with working eyeballs is welcome to read the novel, which sweats profusely to please. I tried to make the whole thing highly amusing too.

“The House of Writers fizzes with ideas and energy and evinces a verve which carries you along with it. M.J. Nicholls proves he is a writer who has the sort of clinical eye and cynical wit required of successful satirists, and the result is one of the best, and funniest, commentaries on writing and writers I have read.” — Alistair Braidwood, Scots Way Hae

“Every chapter is as dense with ideas as any book I’ve read this year, and every page brought something unexpected, something outlandish, something hilarious […] I didn’t want it to end.” — The Bibliofool

“The sardonic spirit of Gilbert Sorrentino hovers over this satire on writing and publishing. By setting his novel in the future and adopting a faux Truman Capote persona, Nicholls can extrapolate from current trends and exaggerate them for comic effect. I particularly liked the florid parlance, its Monty Python-like use of polysyllabic words, and its constant referencing of popular current writers. As an ageing effeminate male desperate to feel superior to something, Nicholls provided me with hours of much-needed entertainment.” — Steven Moore, author of My Back Pages

AUTHOR COMMENTS: Read more, everyone, for the love of Chuang-tzu. Read fucking books and read them now.

The event organisers had witnessed many writer brawls, in particular the little-known fistfight between Gore Vidal and Norman Mailer back in 2007, where Gore emerged the victor after a vicious blow to the belly, ending Mailer’s life (a press release lied that he had been undergoing lung surgery), and the bizarre bout between E.L. Doctorow and William H. Gass in 2015, resulting in a fractured tibia for Doctorow, and a 1000-page treatise On the Vicissitudes of Violence from Gass (never published). The safest option was to clear the area—the organisers knew that writers were the most cowardly, traitorous fighters out there, never averse to an attack from behind, or punching someone in their sleep, or shaking hands and calling a truce and stabbing through the navel with an icicle. In that vein, Muriel Barbery clobbered Paul Murray with a bag of frozen beefsteaks; Ben Marcus shoved Geoff Dyer towards an open freezer and, having failed to move him an inch, crouched down and begged “Don’t punch me!”; Jáchym Topol kicked Claudia Rankine in the shins, and received a stunning slap in return; Warren Motte attempted a headbutt on Mark Haddon but ended up hurling himself at Lydia Lunch, who rolled up him like a carpet and fired him out the window. The scene of violence that followed does not bear rendering in another list form—to reduce these shameful acts

to mere rote would be in itself a shameful act. I leapt up later to take the microphone and shouted: “YOU HAVE COME HERE TO DIE, NOT TO BRAWL!” This created the desired silence, and I followed this up with: “Did not Nabokov once say, ‘Beauty is mysterious as well as terrorful. God and the devil are fighting there, and the battlefield is the heart of a man’?” This caused an eruption of laughter.

“It’s God and devil, not God and the devil. Did you memorise that from Wikipedia?” Agnès Desarthe ditto.

“That was Dostoevsky, you moron!” Toby Litt ditto.

“I fail to see the relevance of that line, are you saying you find us beating the shit out of each other beautiful?” Cynthia Rogerson “ ”.

“You are trying in some bungling manner to make us ponder a concept no longer applicable in the modern world,” Georgi Gospodinov “ ”.

“You have proven to us all that you have no handle whatsoever on basic symbolic metaphor,” David David Katzman “ ”.

“You stand proud on that stage, maintaining your ground, while inside that body beats the heart of a simple village dolt,” Silvia Barlaam “ ”.

“I hate your words and the mouth responsible,” Ever Dundas “ ”.

“How about this, then?” I tried again. “Did not Aeschylus once say, ‘Be nice, for everyone you see is waging a hard fight’?”

“You are the largest fool I have ever permitted to speak before me on a picnic table,” Geoff Nicholson “ ”.

“There is a 500-year difference between the people you have confused and misquoted!” David Mazzucchelli “ ”.

“Your mere cardiorespiratory existence is a source of persistent bafflement!” Miranda July “ ”.

“Be kind, not be nice. As if an Egyptian philosopher circa the birth of Christ would say ‘nice’, like some mum talking to her kids!” Daniel Handler “ ”.

“Everyone you meet, not see. How can one be kind to strangers on the street? Shoot them kind looks, or stop and ask them if there’s anything they need? You, sir, are an inflated buffoon about to burst,” Carol Ann Sima “ ”.

“It’s fighting a hard battle, not waging a good fight. This laughable misquotation proves your IQ is several digits below an earwig,” Frédéric Beigbeder “ ”.

“I have eaten bagels with more insight than you,” Steven Hall “ ”.

“A few centuries ago, you would have been shot for such brainbuggery,” Vanessa Gebbie “ ”.

“There are no words to describe you, although if pushed I would use ‘pant-wetting fuckbudgie from hell’,” Mary Roach “ ”.

And so, through my sheer idiocy, I had stopped the brawling. My intention had been to make them reflect on the meaning of the quotes, but the fun at baiting a writer for his mistakes had proven the stronger impulse.

And so, through my sheer idiocy, I had stopped the brawling. My intention had been to make them reflect on the meaning of the quotes, but the fun at baiting a writer for his mistakes had proven the stronger impulse.

LOCAL OUTLETS: This novel is available in multiple (Scottish) public libraries. Everyone else, Amazon. Contact me on my email for a signed copy.

WHERE ELSE TO BUY IT: Amazon, Small Press Distribution, Indiebound.