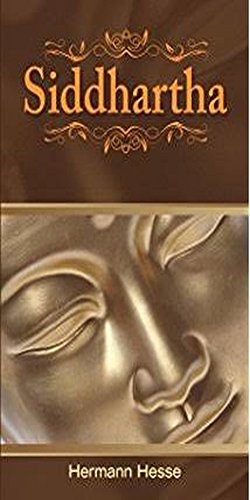 OUR CURRENTLY FEATURED BOOKS, “THIS NIGHT ALIVE,” BY TARA DEAL AND “SMALL BITES,” BY DON TASSONE, CAN BE FOUND BY SCROLLING DOWN BELOW THIS POST, ALONG WITH THE FIRST TUESDAY REPLAY. OR, JUST CLICK THE AUTHOR’S NAME ON OUR AUTHORS PAGE.

It’s almost always interesting when authors put their  own spin on work by previous writers. We’ve already been down that road a few times with Snowflakes in a Blizzard.

Sometimes, this involves taking an old story and reframing it in a modern context, as Linda Bamber did with several Shakespeare plays and Michael Shou-Yung Shun gave us with his interpretation of Alexander Pushkin’s classic tale “Queen of Spades.”

Or perhaps the earlier work left the door open for an alternative ending. Thus, in “Children of Hamelin,” Dawn Sinclair speculated on what may have happened to the children lured away by the Pied Piper, while Marc Estin expounded on “Metamorphosis” in “Kafka’s Roach.”

It’s also interesting to add another element to a previous piece of writing, which is why Norman Lock’s “A Fugitive in Walden Woods” addressed the question of how Henry Thoreau might have dealt with the sudden appearance of a runaway slave.

This week, in that tradition, we will feature Anita Feng’s “Sid,” a modern interpretation of  Hermann Hesse’s classic “Siddhartha.” As Anita explains the initial process:

“I think it grew organically, from a number of sources. As a Zen student and teacher I have always loved the Siddhartha story. I appreciated the fact that it was a story, based, no doubt, on a real human being. But still, a story. So why not bring it up to date? Just being alive in the world brought so many many Buddhas-to-be to my doorstep, I felt the time had come to write a Siddhartha story of my own. As a writer, I had been enjoying a collaborative exercise with artist, Linda Davidson, wherein we had been participating in a “conversation”. The rules that we decided upon for this dialog: Linda would send (via snail mail) an ink painting, and within two weeks I would send a poem as reply, then she would reply to that, and we continued this exchange for a couple of years, if I remember right. What evolved was a series of incidents/works of art/poems about a rabbit and a crow. These poems and drawings became the nucleus for my book, Sid.”

William Eaton, by contrast, is not “channeling” anyone but himself. Yet his ability to cross-pollinate opinion essays with philosophical perspective is rare and valuable today.

“In this remarkable collection of essays. Eaton writes of topics as seemingly earthy, and diverse, as gun control, voting patterns, and real estate transactions. Yet these topics serve to deliver insights which carry the reader into a world of mindfulness. One of the pleasures of reading a book by Mr. Eaton is to witness the author peeling away the layers of his stories. His essay concerning “savoring,” for example, first touches on food habits, yet is in fact a call to live with intention; to savor life as one would savor a meal.”

Similarly, in “Labor,” Jill DiSiro uses poetry to not only describe the Boston she has grown to love, but also to deal with such harsh outside intrusions as the 2013 Boston Marathon bombing.

UPCOMING ON SNOWFLAKES IN A BLIZZARD, JUNE 12-18

Sid weaves the traditional tale of Siddhartha, the Buddha-to-be with the story of Sid, an everyman who finds himself waking up amid the reality of work and family life in the modern world. Returning to the standard tale with careful consideration of the relationships in Buddha’s life—to his wife, parents, and child—Feng’s narrative embodies the Mahayana perspective of living one’s enlightenment in the world. Beautifully told in poetic prose, Sid teaches that the key to the story of the Buddha’s life is that the story could be about any of us. Includes beautiful black and white illustrations, created especially for this book.

Art, Sex, Politics offers a selection from Eaton essays appearing in publications from Agni to Zeteo (The Journal of Interdisciplinary Writing). Selection was governed by the title’s themes and by a desire to offer readers a wide range of approaches to the essay form, pieces long and short, serious and satirical, and pieces that championed both savoring (close attention to life) and conversation.

From one reviewer: “I have to keep looking; try to see more, speak more, turn away less,” says Lisa DeSiro in her fine first book, Labor. And this is what her poems do: they keep their eyes peeled, their ears open, and their hearts receptive. (Boston street bustle comes vividly alive in many of these poems.) But receptivity demands a tolerance for paradox, and DeSiro’s poems—in disarmingly simple, idiomatic language—plumb the secrets of the world’s contradictions. “Go ahead, enjoy this day” begins a poem titled “9/11 Anniversary, Public Garden.” At home with the prose poem as well as the tightly rhymed lyric, DeSiro distills memorable music from the most colloquial moments — “We were all thumbs on our dumb phones” — and offers readers a vibrant panoply of sights and sounds, captured and conveyed in her impressively taut writing. — Steven Cramer, author of Clangings and Goodbye to the Orchard