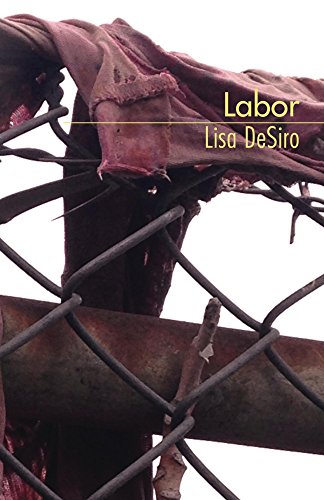 SUMMARY: This book is a collection of poems about work and life in contemporary urban communities, particularly the Greater Boston area.

THE BACK STORY:  This book developed from separate pieces written during the 25 years I’ve lived in Boston and Cambridge, MA. Some of the poems date from the 1990s and early 2000s; some were written during April 2013 in response to the Boston Marathon bombing; some are from September 2016 when I participated (for the second time) in the Tupelo Press 30/30 Project (writing 30 poems in 30 days); some were written in response to the most recent presidential campaign and election. I had started gathering these various components together, not sure if the collection as a whole was “done” or ready for submitting to publishers. Then I was contacted by Michael McInnis, the editor/publisher of Nixes Mate. He’d read some of my poems online and asked if I had any manuscripts. When I sent him Labor, he accepted it (to my delight!) and he helped me fine-tune it prior to publication.

WHY THIS TITLE?  The title Labor had been suggested by a colleague for one of my other (not yet published) book manuscripts. I decided to use it instead for this book, because this collection contains a group of prose poems about odd jobs and a poem written on Labor Day; also these poems focus on people laboring through issues related to race, gender, and equality.

WHY SOMEONE WOULD WANT TO READ IT:  The book is full of observations and commentaries on current events as well as everyday occurrences, showing the complexities of both. Anyone who’s worked mundane or temp jobs may relate to the “Odd Jobs” section. Readers who’ve lived in Boston or any other large city may especially appreciate the poems of place. And some readers might find it interesting that the book contains a variety of poetic forms: acrostics, free verse, prose poems, sonnets, rhyming quatrains, haiku, syllabics, a ghazal, a golden shovel, a triolet, and an elegy. For those who might be intimidated by poetry: my style tends to be straightforward, using accessible language.

REVIEW COMMENTS:  “I have to keep looking; try to see more, speak more, turn away less,” says Lisa DeSiro in her fine first book, Labor. And this is what her poems do: they keep their eyes peeled, their ears open, and their hearts receptive. (Boston street bustle comes vividly alive in many of these poems.) But receptivity demands a tolerance for paradox, and DeSiro’s poems—in disarmingly simple, idiomatic language—plumb the secrets of the world’s contradictions. “Go ahead, enjoy this day” begins a poem titled “9/11 Anniversary, Public Garden.” At home with the prose poem as well as the tightly rhymed lyric, DeSiro distills memorable music from the most colloquial moments — “We were all thumbs on our dumb phones” — and offers readers a vibrant panoply of sights and sounds, captured and conveyed in her impressively taut writing. — Steven Cramer, author of Clangings and Goodbye to the Orchard