THIS WEEK’S OTHER FEATURED BOOKS, “SHADY WOMEN,” BY ELIZABETH PRIMAMORE and “AMERICAN SYCAMORE,” By KAREN FIELDING, CAN BE FOUND BY SCROLLING DOWN BELOW THIS POST, OR BY CLICKING THE AUTHOR’S NAME ON OUR AUTHORS PAGE.

SUMMARY: Free Ferry reveals the intrigue and secrecy around the first isolation of plutonium and its impact on an iconic “nuclear” family decades later. Science collides with mythology as the narrator observes her mother, Eurydice, embrace and resist an “underground” existence as postwar suburban housewife. In this 1960s snapshot of classic Americana, idyllic peace flows over undercurrents of annihilation. From outrageous alchemy to Cold War espionage, this book-length poem tracks the lyrical legacies of the first man-made element.

THE BACK STORY: I wanted to capture 1960s suburbia, the post-war lifestyle, that I grew up with, and the mythic quality that one’s parents seem to possess—hence the names Eurydice and Orpheus—which strangely fit both my parents. I had also inherited amazing stories from my in-laws about one relative’s role in the Manhattan Project, which in part created the cold war lifestyle we experienced 40 years later. I decided to run this scientific story below the main narrative—just as the reality of nuclear power, its uses and possible abuses, was an undercurrent in post-war America. Free Ferry took about 10 years to write, and another five to find a publisher.

WHY THIS TITLE?: Free Ferry is the name of the street where my mother grew up, and it seemed like an apt metaphor for becoming accustomed to something—prosperity, electric power or anything else we come to depend upon—without asking about its long-term costs.

WHY WOULD SOMEONE WANT TO READ IT? It uncannily reflects our current geopolitical climate, according to most everyone who has read it; and it evokes what many Baby Boomers experienced in what is now called “the golden age of childhood.”

In “Free Ferry” Ann Cefola has crafted a nostalgic and insightful look at the bizarre cultural era of the Cold War USA. Like a musical counterpoint, she deftly evokes the domestic images of the era: cocktail parties, black and white TV, carefree childhoods in suburban backyards where bullying and ‘zero tolerance’ were unheard of. At the same time, and pulsing ominously beneath that Ozzie and Harriet bliss, there was the burgeoning nuclear arms race, a race in which one of the author’s in-laws played a key if unheralded part, a race that would come to haunt the Baby Boomers and subsequent generations to this day. Balancing the two worlds is quite a juggling act, and Cefola pulls it off with aplomb. — Lou Spirito

This is a captivating poetic narrative of life during the Cold War from the perspective of a young person in suburban America and the perspective of a chemist who was involved in the isolation of plutonium. I had the chance to hear the author read a portion of the book, then purchased it and could not put it down. In my opinion, this is an important work which presents a sort of “time capsule” of the frightening and different times — in the most creative poetic prose. Some of the passages brought me right back to my childhood. I highly recommend Free Ferry. — Cindy Dunne

The unique structure of a traditional poem layout with a bottom narrative give the reader many opportunities to read poems horizontally and vertically. Hot and cold contrasts are explored, dichotomies between the vibrant and the flat, intellectual science transposed next to suburban cold war life. Two stories are being told at once, woven together and they ultimately merge. There is no other poet like Cefola. Her tight, article-free lines zero in on ideas like a microscope and the style of brevity intensifies the action. She sprinkles in italics where ideas almost glow. — Mary Ladd McCray.

AUTHOR PROFILE: I am a poet and translator of contemporary French poet Helene Sanguinetti. I live in the New York suburbs where I grew up, and work out of my home as a writer for creative service firms. Free Ferry is my second book, and Face Painting in the Dark my first. Poetry is my first language, it’s what I speak and feel compelled to put to paper. I wanted Free Ferry to be fun as much as it is serious—the poetry titles in brackets can be read as one poem, the main narrative another, and the scientific story still another. How the reader experiences Free Ferry is up to him or her. People who do not normally read poetry have fallen in love with the book, and report reading it multiple times.

AUTHOR COMMENTS: I wanted to show that the prosperity of the 1960s, which gave housewives everything at their fingertips, subtly oppressed them, and that they had to suppress their own natural talents in favor of husband and children; and, in the bottom narrative, depict without judgment the excitement of discovery that young scientists pursued at the University of Chicago in 1942, and the eventual world-changing consequences. My hope was that the space between the two narratives would resonate with the unspoken, perhaps the reader’s own thoughts.

WHERE TO BUY IT: Amazon.com, Upperhandpress.com.

THE BACK STORY: As a writer, I enjoy telling stories that wouldn’t necessarily be told. And the themes of these three plays — lesbians in grief living in the shadows, broken families, and loneliness- — have a running thrust of empowerment for women, and by extension, anyone who feels voiceless. 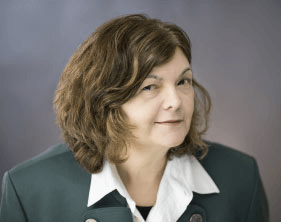 WHY THIS TITLE?: The word “shady” in terms of women in the title means something quite different from the traditional associations we attach to it. By Shady Women I mean that there are a set of cultural expectations for women and my characters operate beyond that well-lit space. Like the pioneering women of the #metoo movement, they break out of the cultural norms of silence, fear, shame, and the experience of a sense of futility—if they speak, no one will care or believe them—by coming out of the dark and into the light and broadening the concept of the feminine.

WHY SOMEONE WOULD WANT TO READ IT: The book is something someone could read quickly—for instance, on a commute, sitting down and relaxing, or waiting somewhere. It’s instantly digestible yet richly rewarding as I am writing for the human heart. The reader—regardless of sexuality, race or religion–will walk away with knowing that none of us is in the dark alone, to speak up because our voices matter, and with realizing that we are all vulnerable and imperfect and these are the qualities that make us human.

“Whether it’s dealing with the bitter tug of war that’s child custody, the slippery love of an Older and Younger woman or the rambling misdirection of a College Professor charged with murder , Elizabeth Primamore is able to share the humanity of her characters and her own heart.” –Mark St. Germain, playwright, Freud’s Last Session, Dramatists Play Service, 2009.

AUTHOR PROFILE: Elizabeth Primamore studied playwriting at HB Studio. Just Fine and Blank have been produced in HB’s Short Play Festivals. Just Fine was published in Literature and Gender (Longman, 2011) and New America (Autumn House Press, 2012). Craig Lucas and Jack Hofsiss provided dramaturgical support for her full-length play, Undone, which has received readings at The Flea, The Cherry Lane, and Ensemble Studio Theatre. Our First Christmas and A Child’s Best Interest have been included in a number of short play festivals. She is a fellow at The Virginia Center for the Creative Arts and The Woodstock Byrdcliffe Guild. Her most recent play, The Professor and Michael Field, was a semifinalist for the Eugene O’Neill National Playwrights Conference. Shady Women: Three Short Plays, is published by Upper Hand Press. Elizabeth lives in New York.

LOCAL OUTLETS: Upperhandpress.com and through your favorite independent bookstore.

WHERE ELSE TO BUY IT: Amazon, Barnes & Noble

THE PUBLISHER: Seren Books, Seren is Wales’ leading independent literary publisher.  Seren books are shortlisted for – and win – major literary prizes across the UK and America.

SUMMARY: American Sycamore is off-beat literary fiction about a bunch of losers and floaters living by a riverscape in 1970’s America.  It’s a funny and fractious narrative about not fitting-in. American Sycamore won The Independent Publisher’s Gold Award in 2015 for Best Fiction in the mid-Atlantic states. 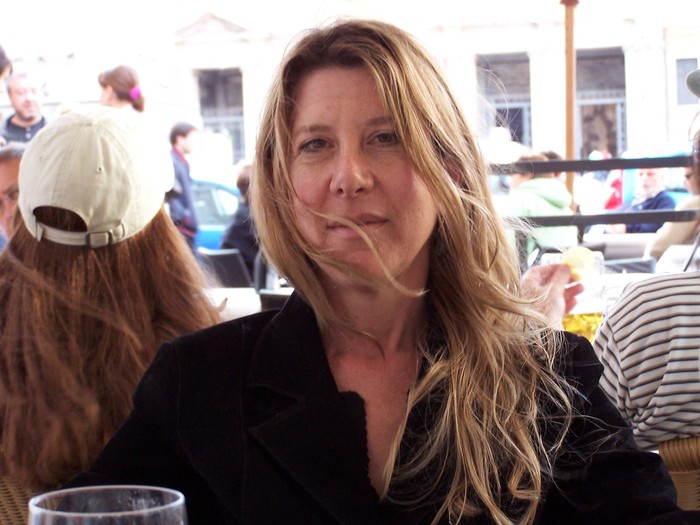 THE BACK STORY: One day it struck me how I move house a lot, from one river to another. Then I thought about all the experiences and personalities swirling and lurking around each river and then I thought the river I know best was my childhood own, the Susquehanna River, in Harrisburg, Pennsylvania. I thought I’d dock the canoe in my own mind there and start writing from the “what I know” perspective or at least, what I think I might know.

The book took me eight years to write. I have no excuse for that other than I am a terrible procrastinator and have a perfectionist streak which consigned most sentences and paragraphs to the delete key.

WHY THIS TITLE?: I remember a book by Tama Janowitz called “American Dad” and I literally stole half her title.

WHY WOULD SOMEONE WANT TO READ IT?

AUTHOR PROFILE: Born in Philadelphia, I grew up along the Susquehanna River in Harrisburg, Pennsylvania. I attended the area schools and graduated bottom of my class.  Then I went to Boston University where concepts and ideas discussed in philosophy, literature, and symbolism in fine art lifted me out of the usual academic malaise and into something fantastic. I read Lionel Trilling and Richard Brautigan, Albert Camus and Karl Marx.  I wanted to write a book like “Trout Fishing in America” because I had never read anything like it before — nor since.

AUTHOR COMMENTS:  The protagonist, Billy Sycamore, really did love to fish.  He wanted to fit-in to life around him and within him but sometimes, for some of us, it’s just not that straightforward. I think a point I hoped to make with American Sycamore was that it’s the simplest things in life, like fishing, that can bring joy and fill the existential void.  Fishing is a metaphor for finding peace without drama.  Our world imposes on us every single day to have more be better be the best. Some of us thrive under the pressure; and some of us don’t.  American Sycamore is about what can happen when society’s expectations become mostly self-destructive.

WHERE ELSE TO BUY IT: American Sycamore at amazon uk or amazon com