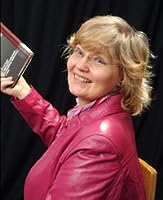 This week’s other featured books, “3 Women, 4 Towns, 5 Bodies,” by Townsend Walker, and “The Art of Healing,” by Charles & Gail Entrekin, can be found by scrolling down below this post, or by clicking the author’s name on our Authors page.

THE BOOK: Breakfast With Neruda 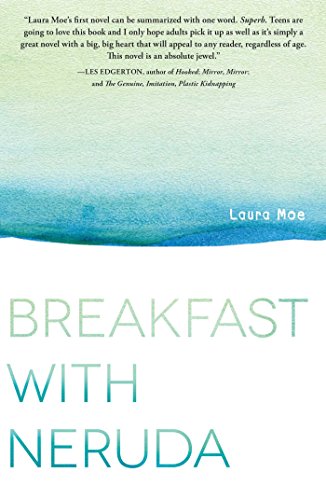 SUMMARY: Eighteen year old Michael Flynn chooses to live in his 1982 Ford LTD station wagon, The Blue Whale, rather than his mother’s home. Her hoarding has made the house unlivable. Then Michael commits a crime and is sentenced to community service, where he meets chain-smoking Shelly Miller, who is also cleaning the high school over the summer. What should have been tedious leads to a journey to self-discovery.

Michael begins to fall for Shelly, but isn’t ready to open up to her. Shelly, in turn, isn’t quick to reveal much about herself either. However, it’s a shared love of words and Pablo Neruda’s poetry that brings them closer. Slowly, Michael begins to entrust Shelly with the parts of himself he felt necessary to hide, including the fact he’s never met his father. His honesty eventually coaxes Shelly into revealing her own troubled past. The two forge a bond, and Shelly helps Michael uncover the buried secrets that reveal his identity.

THE BACK STORY: Before I talk about this, I want to clarify that the protagonist’s name, Michael Flynn, was chosen long before our current government debacle.

Michael and Shelly were inspired by a former student who came to me complaining she had to make up excessive absences by helping our custodians clean the building during the summer. Ding ding ding ding ding! I was in the process of writing an early novel draft but didn’t have a compelling reason to place my characters together. In ordinary circumstances the two would not have even met.

I loved placing these two kids together. He comes from poverty and she lives in a sprawling home with a three car garage, yet underneath it all, they have more in common than not.

Since most of my career was spent with high school kids, it’s no accident I chose a high school as my setting. In addition, I wanted to highlight the custodians. Support staff tend to be “invisible,” but as you will see, Earl, the head custodian, is integral to the story.

One of the perils of writing, even fiction is research, and I had to watch many episodes of Hoarders in order to make Michael’s experience accurate. On the plus side, the show always motivated me to clean.

WHY THIS TITLE?:I struggled with the title, and had many variations. One of my writing friends who read an early draft suggested I call it A Whole Lot of Smirking Going On due to my overuse of the verb, to smirk. (I think in the published version I only use it once.) A good title is like a missing puzzle piece. When I aligned the common elements I realized the two main characters both love Pablo Neruda’s poetry and are meeting for breakfast every day.

WHY WOULD SOMEONE WANT TO READ IT? A lot of contemporary novels take place in urban areas where life is more exciting, but a large chunk of the population lives in places much like the fictional city of Rooster, Ohio. The novel also focuses its lens on a personal story with universal themes of trust, friendship, and self-discovery.

Moe gives us a wonderfully written, character-driven novel. Her first love is poetry, which comes as no surprise since the narrative reads like one of Pablo Neruda’s poems. Every word feels as if it was carefully chosen to tell Michael’s story, using simple and crisp prose to convey deep and complex themes. Imagery is used only when it needs to be and actions are described as they are…. Breakfast with Neruda is a true journey of the self, taking us deeper with every turn of the page. It shows us that healing can only take place once we dismantle the walls we painstakingly build around ourselves and that our most vulnerable selves might hide our strongest truths. CLEAVER magazine, June 7, 2016

I really enjoyed this book because it shows you friendship and how people will help others in need without expecting anything in return. We’re in a world that seems to be driven by payment or favors. Many people won’t do things for free, even though giving, even if it’s hard, is always good for the giver. Laura did a great job of balancing romance and secrecy. I would recommend this book for people who want a little slice of both. I would also recommend this book for readers that want to see what really goes on in the house of a hoarder, and how family and friends attempt to handle the situation. Overall, I really liked this book and would give it a 10/10. — Keira S, teen blogger from Glen Ellyn Library, June 20, 2018.

A lot of young adult fiction just doesn’t feel real. I tore through this book, because I couldn’t wait to see what was going to happen next. I also loved that it punctured stereotypes right and left. — an Amazon reviewer, July 6, 2018

AUTHOR PROFILE: Even as a kid I knew I wanted to be a writer, but making a living penning books is sketchy. Many of my writer friends work a “real” job, and like me, become teachers. I’m a former high school librarian/English teacher. During the school year I didn’t get much writing done, but during summer time I did. Now that I draw from a teacher’s pension, with a scaled back standard of living, I am able to write full-time. My teaching experience also prepared me for making presentations at conferences on writing related topics.

For two years I hosted a podcast called The Young Adult Cafe where I interviewed a variety of YA writers. Recently I turned the microphone over to another host, but here’s an example of a recent interview.  http://www.blogtalkradio.com/authorsontheairradio2/2018/08/21/award-winning-ya-novelist-jeff-zentner-visits-the-ya-cafe

AUTHOR COMMENTS: I wanted to open a window into the real-life issues many of my former students faced on a daily basis. Most of my teaching career was in Appalachian Southeastern Ohio where poverty is rampant. Yet even kids like Shelly with material advantages suffer the same confusion of young adulthood.

One of the large themes is the desire for knowing one’s biological heritage. Both Michael and Shelly have a missing parent. I also wanted to portray hoarding and blended families in a sensitive manner.

WHERE ELSE TO BUY IT: Amazon, Barnes & Noble.