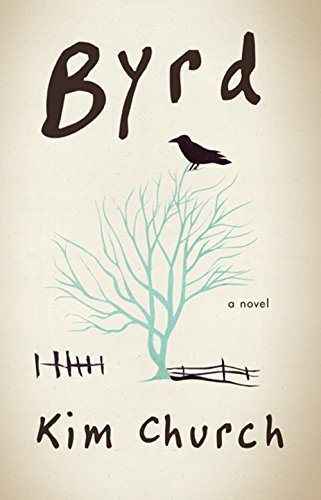 This week’s other featured books, “Without Leave,” by Deborah Fleming, and “Ember,” by Brock Adams, can be found by scrolling down below this post, or by clicking the author’s name on our Author’s page.

THE PUBLISHER: Dzanc Books, a nonprofit press that publishes innovative literary fiction and promotes excellence in creative writing through mentorships, awards, and national and international workshops.

SUMMARY: “You and me, we aren’t like everybody else.” 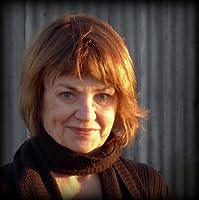 Addie Lockwood believes in books. Roland Rhodes believes in blues guitar. Coming of age in the small-town South of the 1970s, they form an unlikely friendship.

They meet again in their disillusioned thirties, this time in California, where Roland’s music career has landed him. Venice Beach is exotic, a world away from North Carolina and Addie’s cloistered life as a bookstore clerk. Over a whirlwind New Year’s weekend she falls in love with the place, if not with Roland.

When she comes home pregnant, reality sets in. Conflicted, unready to be a mother, she gives birth and surrenders her baby for adoption without telling Roland, and without imagining how the secret will shape their lives.

Told through sharply drawn vignettes and Addie’s letters to her absent son, Byrd is an unforgettable story about making and living with the most difficult, intimate, and far-reaching choices.

THE BACK STORY: Years ago I was having dinner with a man who told me, as casually as he might have asked me to pass the salt, that he’d fathered a child who had to be given up for adoption because he and the mother – both in their 30s – had “waited too long.” I don’t know why he told me; it was an unexpected story delivered in an offhand way. All I could think was, what about the mother? What a different story if she were the one telling it — assuming she would tell it. How would that feel, going through life without the child you’d carried and given birth to? Doing it by choice?

But not, to my knowledge, a book about an independent, capable woman deciding to give up her child.

So I wrote one.

With Addie, I set out to write a character who is profoundly ambivalent about motherhood, and whose decision not to be a mother is tested in the most profound ways.

WHY THIS TITLE?: Byrd is the name Addie gives her son at birth.

WHY WOULD SOMEONE WANT TO READ IT? Most of us came up in the era of choice, and I believe in choice. But little has been written about what choice means. This book looks at how Addie – a character who “could be your sister, your roommate from college, a friend in the neighborhood” – comes to make her choice; how that choice shapes her life and the lives of others; and how she learns to live with it. The novel’s unique structure – short chapters interspersed with Addie’s letters to her absent son – allows the reader to become intimately acquainted with the characters.

“Brilliant writing – lively and heartbreaking at every turn.” – Jill McCorkle

“At its root Byrd is about heartbreak, loss, and being lonely. The triumph here is that Kim Church’s remarkable skill turns these dark human realities into the stuff of praise song, and plain song, and blues song. It made me shout and holler. What a truly lyrical achievement in prose.” – Randall Kenan

AUTHOR PROFILE: I work as a civil rights lawyer – work that, for many years, completely consumed me. When I was in my thirties, my father died unexpectedly, and it was as if someone had written in the sky, Life is short, Kim. Whatever you mean to do, do it now.

That’s when I returned to my first love: literature. I started writing fiction.

My stories, poems, and essays have appeared in the Norton anthology Flash Fiction Forward, The Sun Magazine, The Believer Logger, INCH Magazine, Shenandoah, Chicago Tribune Printers Row Journal, Painted Bride Quarterly, Mississippi Review, and elsewhere. I have received fiction fellowships from the North Carolina Arts Council and residencies at the Virginia Center for the Creative Arts, Millay Colony for the Arts, and

Vermont Studio Center. I have taught workshops in diverse settings, from conferences to classrooms to homeless shelters to death row.

My debut novel, Byrd, won the Crook’s Corner Book Prize, was a finalist for the Chautauqua Prize, and was longlisted for the Flaherty-Dunnan First Novel Prize from the Center for Fiction, among other awards.

I still practice law in Raleigh, where I live with my husband, artist Anthony Ulinski, and our orange cat Carlos.

AUTHOR COMMENTS: Writing Byrd took many years. Much of that time I felt I was fumbling in the dark, unsure where I was going or why. Only later did it occur to me that I’d been working through my own questions and regrets over motherhood. I am not a mother; that’s the biggest what-if in my life. What if I were? Who would my child be? What would our relationship be? What would my child be doing right now? With Addie, I pushed the question even deeper – what if you knew you had a child in the world who was a stranger?

SAMPLE CHAPTER: “Up on the Roof” in The Nervous Breakdown, http://thenervousbreakdown.com/tnbfiction/2014/03/excerpt-of-byrd-by-kim-church/.

Links to other excerpts: http://kimchurch.com/author/excerpts/