This week’s other featured books, “The Gold Tooth in the Crooked Smile of God,” by Douglas Cole and “Proverbs of My Seasons,” by Pat Stanford, can be found by scrolling down below this post, or by clicking the author’s name on our Authors page. 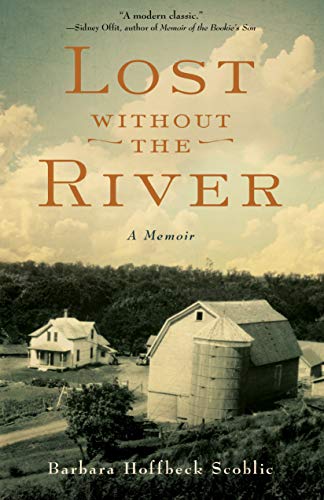 THE BOOK: Lost Without the River; A Memoir

THE PUBLISHER: She Writes Press

SUMMARY: Lost Without the River is an elegantly wrought memoir of resilience, courage, and reinvention. A portrait of nature at its most beautiful and demanding, it is the story of a girl whose family struggled against Depression-era hardship and personal tragedy to carve out a small farm in rural South Dakota. The youngest of seven, Barbara wrestles against the expectations of her family, the strictures of the church, and the limits of a time dominated by men. Eager for adventure, she leaves the farm—first for the Peace Corps and ultimately for the alien geography of Manhattan’s Upper East Side—but she never truly escapes. Lost Without the River demonstrates the emotional power that even the smallest place can exert, and the gravitational pull that calls a person back home. 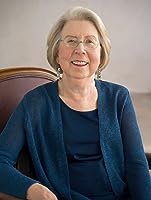 THE BACK STORY: I was inspired to write the book when I realized my nieces and nephews had no concept of what their grandparents, my father and mother, had endured during the years of the Great Depression and the concurrent decade-long drought. I wrote the book so that they and others of their generation would appreciate the struggles of earlier generations who had opened the way for them.

As I talked to friends about my effort to gather my family stories, they’d recount one or two of their family’s stories. And with that, an additional reason became apparent to me: encouraging all to capture the stories of previous generations while it’s still possible.

WHY THIS TITLE?: Choosing the title was a months’-long endeavor. I made lists of possible contenders. I pored through book reviews, magazines, and online blogs seeking inspiration. I enlisted my sons and my friends to give their opinions and to add or delete titles from my list. Purposely I avoided using the words girlhood, Dakota, or farm in the title of my book because I wanted readers, no matter their age or geographical location, to recognize something of themselves in the narrative—perhaps a yearning to return to a singular place now changed beyond recognition. When I awoke one morning, “Lost Without the River” was on my lips. My subconscious had given me the answer! My father uses that phrase in the book; he recognized the primal importance that the river held for all of us.

WHY SOMEONE WOULD WANT TO READ IT: Read the book to learn about a little-known place located in “the middle of nowhere.” To not only enjoy the beauty of its seasons, but to learn how the author and her siblings forged through deprivation and tragedy, to reach adulthood, unburdened by resentment.

“If you ever come to these gently rolling hills in northeastern South Dakota,” writes Scoblic early in her book, “with the farmlands nestled near two clear lakes, decorated with the twisting of the Whetstone River, late May would be the time to make the trip.” In this land—beautiful and hard in different ways—the author began life as Barbara Hoffbeck, the seventh child of Roman Catholic farmers who had struggled through the Depression. Growing up in the 1940s, Scoblic experienced a childhood that was in some ways picturesque: picking the strawberries that grew on the family’s property and catching snapping turtles with one of her many brothers. But there were tragedies, too, as when the author’s oldest sister, who had no control “over her muscles” and lived in a crib, died when Scoblic was 7 years old. In addition, two of the author’s siblings were sent to live with her grandparents. Scoblic wanted more for herself than the difficult road of her parents, and she eventually went to college, served in the Peace Corps, and settled permanently in New York City. Yet the lives of her parents, siblings, and extended family were never far from her mind, and this volume of reminiscences charts not just the stories of her youth, but also the ways those things have shaped and weighed on her throughout her adulthood. The author’s prose is lyrical and highly observant, offering surprising, incidental details, as in this passage about sitting in church: “Through those narrow openings, scents of grass and wild clover filtered in, along with a few flies and box elder bugs. Those bugs gathered in great clusters on the sides of buildings every August. When viewed up close, they displayed an art deco design of slate gray and orange.” Featuring family photographs, the memoir is infused with a subtle melancholy, which is perhaps to be expected in a book about a place and people now gone. But in the folds of the digressions and anecdotes readers will find an unmistakable joy on the part of Scoblic: the joy of returning to a place, having left it. The joy of carrying it within her wherever she goes.

A shaggy but powerful work about a South Dakota family.” –Kirkus Reviews

“Barbara Scoblic’s Lost Without the River is a virtual literary symphony fusing memoir, history, and geography. Her descriptions of South Dakota’s farms, rivers, and glacial lakes are as vivid as her portraits of three generations of her family and their relationships. She may have achieved a modern classic.” — Sidney Offit, author of Memoir of the Bookie’s Son

“There are some writers who can sing the song of even a small and remote place and through some magic transform it into a siren call. Barbara Scoblic is one of those writers!” — Lewis Frumkes, Director of The Writing Center at Hunter College

“Enter Barbara Scoblic’s world where opera reigns in the kitchen on Saturday afternoons, where the winter is long and loss is real. Her writing beautifully teases up the questions of life, love, and how much of a hold our past really has on us.” –Marion Roach Smith, author of The Memoir Project: A Thoroughly Non-Standardized Text for Writing & Life

“Her large farming family was always in flux, hardworking and bone weary, yet there is a quiet intimacy conveyed in the lean prose of Barbara Scoblic’s memoir, where simple gestures, like ironing blouses before a sister leaves for college, carry unspoken love and yearning.” –Elizabeth Garber, author of Implosion: A Memoir of an Architect’s Daughter

AUTHOR PROFILE: Barbara Scoblic is a hybrid. Still part country gal after living in New York City for more than fifty years, she was raised on a small farm in South Dakota. From earliest childhood she was alert to the beauties and vagaries of the natural world. She’d head for the woods or the fields, searching for the first flowers of spring, and the most vibrant autumn leaves.

Concurrent with that appreciation of the natural world around her, she grappled with a growing impatience to see what was beyond the farm.

Her drive to break free took her first to Thailand where, as a Peace Corps volunteer she was the sole westerner in a small town. Then on an exhilarating trip with a fellow volunteer, she traveled throughout Asia, the Middle East, and then on to Greece.

Throughout her travels, she always carried her portable typewriter. At night she wrote letters, articles, and poems. Back in the states she described her experiences in a series for the Minneapolis Star Tribune.

Lost Without the River is Ms. Scoblic’s first memoir. It will be available in bookstores and on Amazon.com in April 2019.

AUTHOR COMMENTS: I’ll be promoting my book this summer and fall in New York City, the Chicago suburbs, and in St. Cloud, Minnesota. Dates and locations will be available online, both on my website: barbarascoblic.com, and my Facebook Fan Page: facebook.com/barbarascoblicauthor

WHERE TO BUY IT: Amazon.com, indiebound.com, barnesandnoble.com, and barbarascoblic.com. It is also available for order wherever books are sold.