THE BOOK: King of the Gypsies: Stories.

SUMMARY: The mission of BkMk Press, publisher of fine literary books, its affiliate, New Letters magazine, and the radio series New Letters on the Air, is to discover, publish and promote the best and most exciting literary writing, wherever it might be found. We publish and serve readers and writers worldwide. In recent years, BkMk Press has won numerous national awards, and New Letters has won a National Magazine Award, the industry’s highest honor, plus multiple Pushcart Prizes. 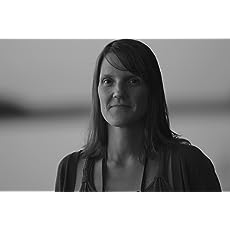 THE BACK STORY: I’d been a Peace Corps volunteer in Romania in the mid-90s. It was an interesting time to be there, and presented compelling content, but Peace Corps volunteers are notorious for writing solipsistic “Peace Corps” books, and I wanted to avoid doing that. It took me a decade to gain distance and write the stories that appear in this collection, most of which have little to do with my actual experience as a volunteer.

WHY THIS TITLE?: The collection started with this single first story in the book. I thought I was just writing one story about Romania and I’d get it out of my system. So much for that!

WHY WOULD SOMEONE WANT TO READ IT? The obvious answer is that it’s about a place and people not given much attention in our world. But I bristle at the generic descriptions that have been used to describe this book—that it’s “international,” or about “Eastern Europe,” or “post-communist living.” I think these can have the unfortunate side effect of discouraging people from reading, in the same way a book described as being about American football might discourage me from cracking its spine. Whether I succeeded at it or not, the book was an attempt to explore the lives of and empathize with people unlike me, and in that way plumb the depths of what it means to be human. If you want to spelunk, this book is for you.

“Linked by quests for identity, Myka’s 11 tales effectively capture those moments in life when we find ourselves frozen at the edge of a cliff.” — Booklist

“There are linked wounded wonderers wallowing in the unsympathetic world inside the pages of this illustrious collection of short stories. In King of the Gypsies, Lenore Myka writes each story with passion and an abundance of knowledge for the Romanian culture. Her haunting tales depict the realities of abandonment and the continuous search for something better.” – New Pages

“King of the Gypsies is a debut to relish and celebrate. Infused with resonating insights, these stories animate the struggles of individuals who are navigating life in an unfamiliar culture. Whether the condition of foreignness is perceived as threatening or exhilarating, oppressive or liberating, it becomes motivation in this collection to think sensitively, boldly, and creatively about identity.” — Joanna Scott, Author of De Potter’s Grand Tour.

“Lenore Myka’s work offers the reader an intimate connection to characters who have their very lives at stake as they transcend the complex illusions that are the outcome of hopelessness and helplessness. These are unforgettable stories of love’s last extraordinary efforts, and its first. KING OF THE GYPSIES presents the most mercy-inspiring tragic fiction you will likely ever read in contemporary literature.” — Kevin McIlvoy, Author of The Fifth Station, Little Peg, Hyssop, and The Complete History of New Mexico and Other Stories

AUTHOR PROFILE: Originally from Western (don’t call it “upstate”) New York, I have lived in a variety of places nationally and internationally. Currently, I reside in St. Petersburg, Florida, a town I affectionately refer to as “Portland, Southeast,” where the lush, rich, oftentimes disconcerting landscape and its people have inspired my current round of creative output. My restlessness transcends the geographical, however, curiosity leading me to degrees in English literature and international relations, and to jobs in education, immigrant and refugee services, women’s health, and even the start-up world. My dream, however, would be to run a horse farm whilst writing books, essays, and stories, a decidedly girlie approach to life, but one that feels truest to my character. You can see more “official” details here: http://www.lenoremyka.com

AUTHOR COMMENTS: There’s a lot of discussion in the writing world today of how literature is tied to the development of empathy (see Why Would Someone Want to Read It?). I do believe in the influence art can have on people’s minds and, more importantly, their souls. I’ve said it before: I don’t believe art can change the world, but I do believe it can inspire the people who do. Books, music, visual arts, dance—these have all provided great solace, comfort, and community to me; we need them even more in these dark times. If I can provide a smidge of the same to some person somewhere out there, then I’ve succeeded in my mission as writer.

King of the Gypsies

In the park behind the orphanage, Dragoş clambers up onto one of the few remaining stone busts of Ceauşescu, perching like an oversized pigeon on the crown of the former dictator’s head. In the hubbub following the revolution, that statue was forgotten; then when it was rediscovered the locals just shrugged their shoulders. Ce să facem? they muttered to each other, but no one had a reasonable answer. They were all too exhausted by events of recent history to bother knocking it down. And so it remains, converted without needing to be redesigned into a jungle gym for Dragoş and the other children like him.

Dragoş takes a moment to scan the burnt out patch of grass surrounding him. The other children play tag and hide-and-seek, their bodies made runt-like from the angle at which he observes them. The roses that line the parameter of the park, like everything else living here, have been left to grow as they wish. They are entangled in each other’s thorns, their heavy buds browning at the edges, the scent of their nectar souring in the relentless sun. In the far corner is a dense cluster of trees and bushes. Dragoş has seen men go one by one into that thicket of overgrowth before, only half hidden, satisfying themselves. Indeed, he has accidentally stumbled upon them on more than one occasion, chasing after a loose soccer ball that finds its way towards that particular corner of the park. Although their looks terrify him, their eyes strangely wild or squeezed shut, their mouths frozen in a grimace, he knows without anyone having to explain it to him that they cannot harm him. Somehow, in that moment, they are more vulnerable than he.

Dragoş brushes his thick, shaggy hair from his forehead, puffs up his chest. “I am King of the Gypsies!” he declares.

The only child to pay him any attention is Razvan. Razvan is missing his left hand and he brandishes his stub at Dragoş. Dragoş has always thought the end of Razvan’s stub resembles the dried prunes his mother would force him to eat whenever his stomach felt bloated.

“The gypsies did this to me,” Razvan snarls before another child tags him, calling out: “You’re it!” The possibility of conversation, of fierce argument, is left behind. Razvan is off, chasing a girl who runs with her arms held up, birdlike, the folds of her skirt catching between her thighs.

Dragoş has heard stories like this before. Children, homeless children living on the street or taken from the state facilities, are used by adults. They beg for money all day long and in the evening the adults come for them, scooping up every last cent, giving the children a bite of bread, perhaps some salami if they’re good. Sometimes, so the rumors go, they sever limbs to make the children more pitiful and thus, more lucrative.

But it is not the gypsies who do this. Dragoş knows better. The day before his mother brought him to the orphanage she gave him a bit of advice. “Whatever you do,” she urged, “don’t believe everything people tell you about us.” Then, as if he already had made this mistake, she cuffed him gently on the back of his head.

It’s an organized system, Dragoş knows, an intricate ring, like the Mafia. The business of begging.

“Not gypsies,” corrects Dragoş, even though Razvan is no longer listening, “Italians. Italians!” He pounds his fists against his chest, letting out a howl that echoes across the park. The other children stop and stare up at him, mouths unhinged, a line of dark, fleshy holes. He has the rest of the world’s attention. For now.