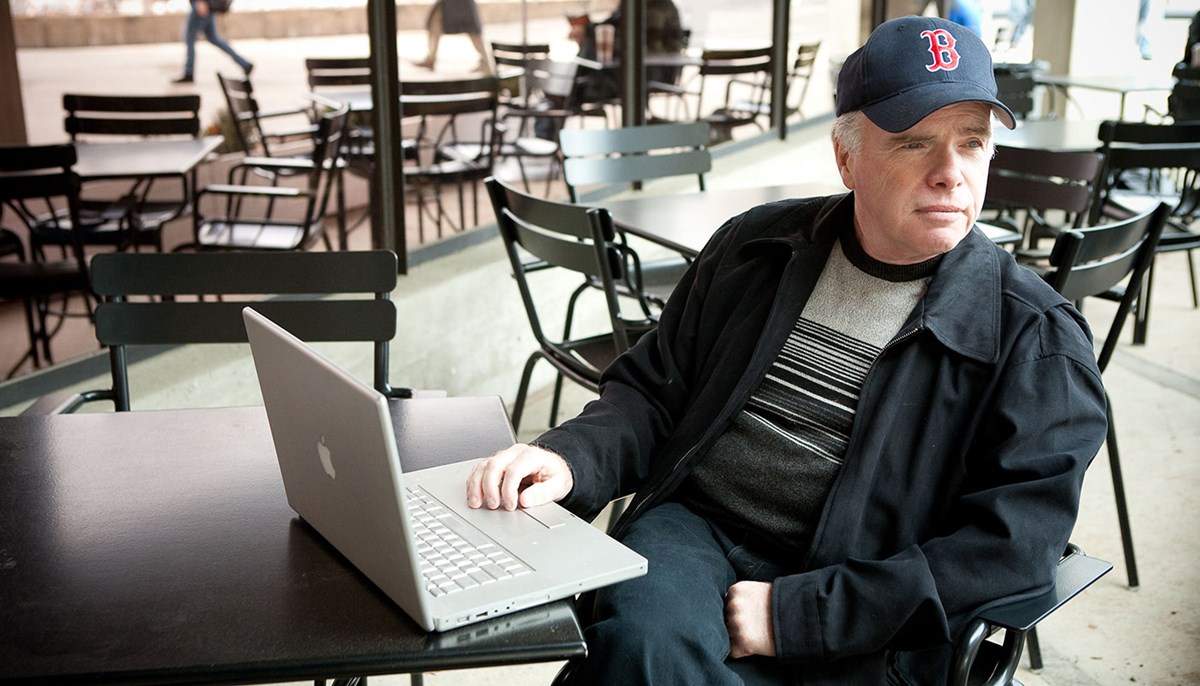 THE BOOK: “A Bang Bang Play” 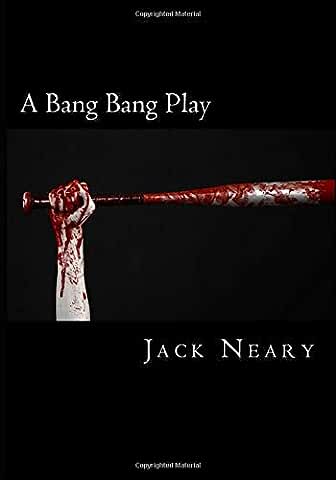 THE PUBLISHER:  Kindle Direct Publishing (self published via Amazon service)

SUMMARY:  Eddie Sheehan is a guy. That’s all he is. He delivers mail for the USPS, he pays the bills for his wife and two kids, and he umpires local softball games.When we meet Eddie, that’s exactly what he’s doing. He’s umpiring a softball game. It’s a predominantly male saloon league, but on this night one of the pitchers is predominantly female, and gorgeous, and Eddie finds himself widening her strike zone whenever he can. She’s that kind of pitcher.Her coach is a jerk, and her boyfriend, and a drunk, and after the game, Eddie happens to see something he didn’t normally see after such softball games.He sees the pickup driven by the drunk and abusive boyfriend veer off the country road and plummet down an embankment towards a lake. He gets out of his car, and watches unseen as the truck stops at the edge of the water. He sees the gorgeous pitcher screaming at her wasted boyfriend, and then observes as she grabs an aluminum softball bat, beats the guy unconscious, then gets out of the truck and pushes it into the lake. And that’s where the story begins.Eddie doesn’t report the incident because he feels sorry for the girl. And he continues to feel sorry even as he reads in the paper that what he and only he saw was an accident. He feels sorry that the poor girl had to go through such a horrible time, but feels good she is going to be able to survive and throw some more strikes without this idiot demeaning her. She’s getting away with murder, yeah, but…she’s so hot.He feels good about what he hasn’t done.Until the pitcher becomes famous, nationwide, with a touring four-woman softball team. (She’s that good a pitcher.) And when the endorsement and commercial bucks start rolling in for the curvaceous hurler, Eddie feels less sorry for her. And, with the help of a less-than-bright USPS co-worker with a savant-like talent for plotting crimes, Eddie decides to blackmail the girl. Eddie Sheehan was just a guy. That’s all he was. But things have changed.

THE BACK STORY:  The idea for the focus and story of the book was inspired by the novel “A Simple Plan.”

WHY THIS TITLE: The story is about a softball umpire. A “bang bang play” is a baseball/softball term meaning a very close play during a game.

WHY SOMEONE WOULD WANT TO READ IT:  From the initial reaction, it appears that folks appreciate the fast-moving story, the quirky characters, and the many plot twists leading to a pretty wild conclusion. They also seem to think it’s pretty funny.

7 customer reviews (from the Amazon page)

Very entertaining. At times thought Neary has a very sick mind and must think women are much more competent, more sinister than the bungling males around them. Spoiler alert! My only criticism is that for a character who had bungled into what should have been an unsolvable dilemma, it gets all foo neatly wrapped up in the end.

Rev. John W. Hanley, OMI
5.0 out of 5 starsSoftball game in a hardball world!

In his first attempt at a novel, Jack Neary successfully involved me, the reader, in the twists and turns of the Journey of Eddie Sheehan and his rather “interesting” family and friends, not to mention the members of the police forces of several jurisdictions. From the first pitch to the last out I couldn’t put “A Bang Bang Play” down. Congratulations, Jack!

Twists and turns on every page! Jack’s characters are people you don’t want to ever know personally. A real page-turner for sure.

Jared R Towler
4.0 out of 5 starsCouldn’t put it down.

If you enjoy the crazy characters of Carl Hiaasen and the crazy situations of Donald E. Westlake, you will really get a kick out of this first novel by Jack Neary. Neary is a successful playwright, most famous for the funny and charming “First Night.” This novel is a little darker and a little more violent than many of his plays. It is a long read but I finished it in a couple of days because I just had to find out what happened. It isn’t a mystery. It is told mostly from the perspective of the central character who wants to be a bit of a criminal but soon gets into a tangled web he is not at all prepared for. If you know Neary’s plays you will expect Catholics and baseball (or in this case softball) and complicated male/female relationships. Well, they are all there along with a great deal of fun. I look forward to Neary’s next.

Jim Cavanaugh
5.0 out of 5 starsTerrifically Funny, but At The Same Time Suspenseful

I very much enjoyed “Bang Bang Play,” a comic detective novel, by Jack Neary, who’s best known for a slew of terrific Actual plays, which he’s written and had produced successfully in New York City, Boston and all over this country, and far beyond.

Like those plays, this, his first novel is very, very funny, in dialogue and situations, but always with a strong naturalistic, dramatic underpinning.

He’s a master of catching today’s speech patterns, and using Popular Cultural proper names as kickoffs for hilarious conversations between his finely-drawn, specific characters – and his own smoothly funny narration.

Each step of the unfolding story brings with it a new, gripping twist of the plot, very cleverly introduced. Several times, I was sure he had covered all the bases [Sorry for my bad references to the sports theme of the book] when out of left field [Again, apologies] he introduced a new hurdle [Yeah, Yeah!] for the hapless protagonist to contend with.

It’s a very lengthy novel, as Jack is the first to announce, but I say in rebuttal that it just gives you more time to enjoy his free-flowing sense of humor and suspense.

Who knew there was a heavy dose of noir in the former mill town of Lowell Mass? Accomplished playwright Jack Neary unpacks a whole new tool box as he McGyvers a plot-churning page turner based on softball, a video savant, dueling detectives and family dynamics last seen in The Honeymooners. Great read full of surprises.

Ellen Colton
5.0 out of 5 starsFascinating characters and storyline

Format: Paperback
This is a great read! It has the best of all elements: quirky, indelible characters, sort of Damon Runyon types. it deals with extortion, murder, baseball, spying, lying, money, etc. It’s hard to put down. Bravo, Jack Neary!

AUTHOR PROFILE:  Jack Neary’s plays have been produced all over the United States, in Canada, in Paris and, most recently, Saudi Arabia. His most recent play, TRICK OR TREAT, was produced by Northern Stage in January of 2017, and featured Emmy Winner Gordon Clapp. The play moved off-Broadway in 2019, and again featured Mr. Clapp. His AULD LANG SYNE, produced by the Peterborough Players and also starring Mr. Clapp, was the recipient of five New Hampshire Theater Awards, including best Professional Production. It has since been produced by New Century Theatre at Smith College and Gloucester Stage. His adaptation of DRACULA was commissioned by the Stratton Players and produced in the spring of 2016. Other recent plays are THE PORCH, produced by the Lyric Stage Company of Boston, CityStage in Springfield, the Stoneham (MA) Theatre and the Majestic Theater in West Springfield, Massachusetts, and KONG’S NIGHT OUT, presented at the Lyric Stage in Boston, New Century Theatre at Smith College and the Meadow Brook Theatre in Michigan, featuring TV’s Cindy Williams. KONG’S NIGHT OUT has just been published by the Dramatic Publishing Company. His romantic comedy, FIRST NIGHT, debuted professionally at the Merrimack Repertory Theatre, subsequently enjoyed a long run at the Theatre Lobby in Boston, and was produced off-Broadway at the Westside Arts Theatre. TO FORGIVE, DIVINE, which also debuted professionally at the MRT, was purchased for film by Walt Disney Pictures after a run at the Colony Theatre in Los Angeles. JERRY FINNEGAN’S SISTER has played in various United States theatres and has successfully launched five theatre companies, and was produced in Paris under the title LA SOUER DE JERRY KING, featuring Arthur Jugnot and Ceclila Cara, who subsequently toured France with the play. Jack’s adaptation of FRANKENSTEIN debuted at the Summer Theatre at Mount Holyoke College, and was produced at Radford University in Virginia, and his adaptation of THE FALL OF THE HOUSE OF USHER was staged at Mount Holyoke and Radford Colleges, and is published by Samuel French, Inc. His interpretation of the John Smith/Pocahontas story, entitled TRUST, was commissioned and produced by the Radford (VA) College Theatre Department. Another recently-published play, FIVE NICKELS (now SENIOR CIRCUIT, Dramatic Publishing), was produced professionally at St. Vincent College, and his adaptation of THE TURN OF THE SCREW was introduced by the Stratton Players, produced professionally at New Century Theatre, and is published by Playscripts in New York. He has written a number of produced plays for young audiences, including the series “THE MISDIRECTED THEATRE PRESENTS…” which features adaptations of ROBIN HOOD, THE UGLY DUCKLING, SNOW WHITE AND THE SEVEN DWARFS and RUMPLESTILTSKIN. His play for middle- and junior high schools, LUNCH MONEY, is winner of a Boston Public Schools Dramatic Development award, and is published by Heartland Press. His published work for young audiences are ALADDIN AND THE WONDERFUL LAMP and THE LITTLE MATCH GIRL, both Samuel French publications. His short story, THE BOSS, was named Best Short Story of 2006 by the Catholic Press Association, and his articles have appeared in a number of magazines. He is cofounder of New Century Theatre at Smith College, and the Greater Lowell (MA) Music Theatre. As an actor, he has appeared in manh professional plays, and on television in SPENSER FOR HIRE, LAW AND ORDER and BROTHERHOOD, and on screen in THE TOWN and BLACK MASS. He is a member of the Dramatists Guild, Actors Equity and SAG/AFTRA. He is the creator and manager of the web site STAGEADAPTATIONS.COM. His own web site is JACKNEARYONLINE.COM.

AUTHOR COMMENTS: I’m a playwright, produced and published many times. This is my first novel.

LINK TO CHAPTER ONE

WHERE ELSE TO BUY IT: www.jacknearyonline.com