This feature has a two-fold purpose: 1. To allow those recently added to our followers list to discover books they might have missed and 2. To make sure previously featured authors and their work aren’t forgotten. If you’d like to learn more about any of the books revisited here, simply click on the “Author” page, then on that author’s name.

From Lucy: “Three women — a geologist, a composer and a galley worker — take jobs in Antarctica. As they each fall in love and into trouble, their lives become more and more entwined — until one crisis binds them in friendship for life.

“I love writing about how extreme landscapes change people and whole communities. In this book, I especially wanted to write about the crazy beauty in Antarctica and how that affects the choices people make. Everyone writes about survival challenges on that southern continent; I wanted write about the emotional challenge. I got two National Science Foundation Fellowships to travel to Antarctica to research the novel and was lucky enough to get to spend time at all three American stations, including South Pole Station, and also in a field camp where scientists were studying penguins, climate change and cosmology.”

Writes Jim: When I turned sixty-seven years old, I decided to return to graduate school and pursue an MFA in Creative Writing at the University of Tampa, which is just 130 miles north of my home in Fort Myers, Florida. Being surrounded by much younger students fanned my smoldering awareness of age. The poems in “Unassisted Living” come from my reflections and observations during the years of my graduate studies. 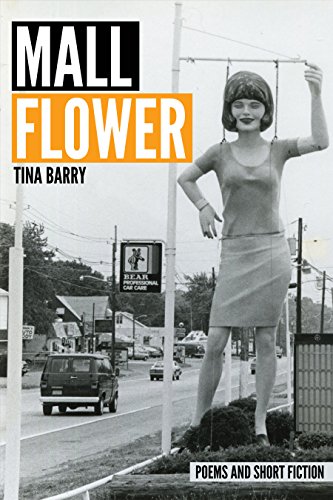 “Mall Flower is a collection of poems, short and flash fiction and hybrids of the two. Some of the themes I explore are alienation, loss of a parent, divorce, sexual awakening and its decline. I tried to provide the reader with a balance of light and dark, often in the same piece. There are playful pieces, such as “Mall Flower,” about a teenager’s sexual awakening while strolling the mall, and darker yet still humorous works, like the flash “Going South,” that focuses on my family’s last trip to Florida before my parents’ divorce.

“Away at War is a companion novel to my last book, My Dear Wife and Children: Civil War Letters from a 2nd Minnesota Volunteer, the annotated collection of 100 letters sent by my great-great-grandfather back to his young family on the Minnesota prairie from September 1861 to September 1863. This new book is the story of that family – his wife, two daughters 5 and 7, and an infant son – as they struggled to maintain the homestead until his promised return.

“The storyline comes directly from the soldier’s letters, for he responded to their farming problems and questions, their descriptions of daily activities and events, and their longing for his safe return. All that information became the basis for the scenes and letters I created to portray what life was like during the same two-year period of the letters, for The Family Left Behind. Minnesota’s harsh seasons dictated the cycles they had to follow, and even with the help of family and friends, the hardships and responsibilities were almost beyond them.”

I wrote Cinnamon Girl because I lived through the tumultuous era it describes and felt that the home front experience had not been adequately represented in fiction. I protested the Vietnam War, had intense family conflicts—especially with my father, was involved in a complicated love relationship that reflected the era, smoked weed, and occasionally experimented with LSD and mescaline. We wanted to change the world, and I believe we did in some important ways, even if we didn’t achieve everything we wanted to achieve and didn’t turn out to be the total idealists we thought we’d be as adults.
Much of what happens in the novel is drawn from my own experience and the experiences of people I knew, but I did have to go back to some original sources—such as the “alternative” publication Kaleidoscope magazine—to find some details about Milwaukee and the University of Wisconsin branch there in 1969 and 1970. It took me about a year to draft the novel and another six months to revise it.

The characters in this story collection strive to blend into the background only to wind up emerging from or being prodded past the scrims of convention. Some do it bravely; others with reckless abandon. In “The Mean,” a cancer-stricken, high school math teacher’s plan to live out his days in quiet moderation shatters, after he befriends a gang of stoner dropouts. In “Au Lieu des Fleurs,” Parisian prankster-anarchist Mouna Aguigui visits a grieving office worker in his bowl of soup, nudging him and others to commit madcap acts of agitation. In “Kokomo,” a young boy living in a rural Indiana community becomes attuned to a piercing hum a noise that may presage apocalyptic events. And in the title story, a public-address announcer entertains crowds by airing the local baseball team’s dirty laundry for the entire stadium to hear. Throughout the people inside these eleven stories are jolted awake, alert, and alive by patchwork alliances, bracing humor, and episodes of surreal grace. Matthew Pitt is a writer who understands and explores the strange balance between the serious and the comic, the quirky and the familiar. Irresistibly complex, always imaginative, these stories showcase an immensely talented writer grappling with the ironies and difficulties of life in the new century.