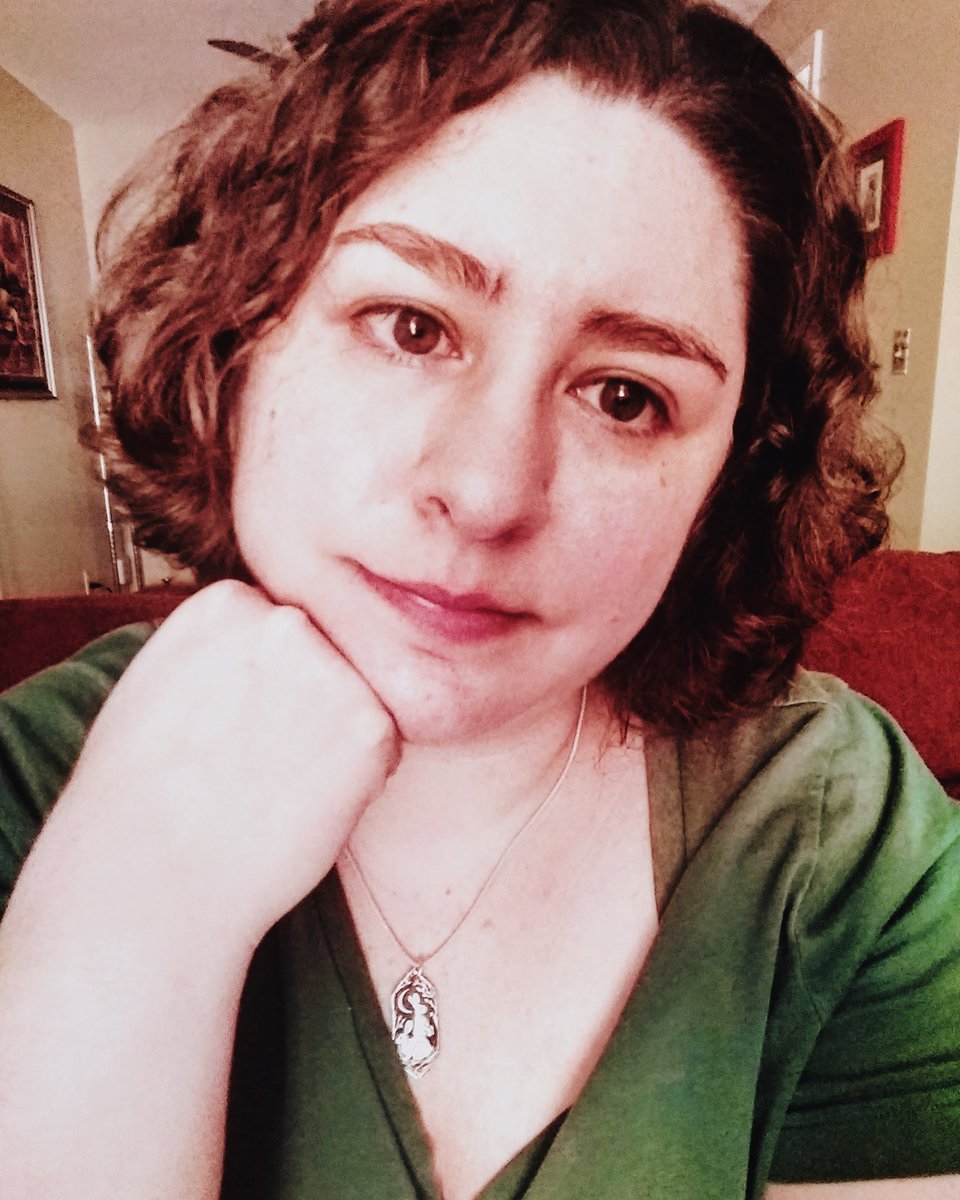 THE BOOK: Requiem for a Robot Dog .

SUMMARY: This is the universe we inhabit: a universe that has produced both David Bowie and James Baldwin, Klingons, Publisher’s Clearinghouse sweepstakes, E.T., and Garbage Pail Kids. We coexist alongside goddesses, meteors, parolees, anorexics, acid attack victims, refugees, circuses, reservation casinos, fantastic beasts, and a dwindling water supply. In REQUIEM FOR A ROBOT DOG, Lauren Scharhag considers the existence of angels and aliens equally plausible. She explores the dawn of the third millennium with all its darkness and light, bringing both the mythical and the mundane under her lens. Technology is both our bane and our solace, the conduit for human connection and facilitator of further alienation. Sure, there’s poverty, disease, and the bees are all dying, but there is also love, loyalty, and compassion, even if it comes in the form of a robotic canine. So come trip the rift. Find God. Find hope. And say a prayer for the dearly departed.

Stephen King said once that poems “are not like novels or legal opinions; they are more like blown leaves and any omnibus volume titled The Complete So-and-So must certainly be a lie. Poems have a way of getting lost under sofas – it is one of their charms, and one of the reasons they endure.”

I spent several years writing poems and not doing anything with them—the leaves piled up in the yard. Some of them had been published in literary magazine. Then one day, I looked around and realized I had enough for a book—for several books, actually. I gathered them all up and started sorting them by theme. It was news to me that I wrote so much about our modern times, about things I read about in the news, about technology, about the environment– all sorts of topics that suddenly didn’t seem so random. I also had no idea I wrote so much about spirituality. I consider myself culturally Catholic, but I am not religious. Additionally, I’d been working as a prison volunteer in Florida. I have had two prison pen pals for five years now. A lot of the inmates’ stories showed up in this book, as well as the way they’ve impacted my worldview. The book is divided into three sections: Heaven, Earth and The Liminal.

WHY THIS TITLE?: The title poem was inspired by a news article I read about Buddhist monks in Japan holding funerals for robot dogs. In Japan, Sony released these AIBO robot dogs back in the late nineties and early aughts. Apparently, they were very smart—they could learn their names, they barked and wagged their tail. Sony stopped making the dogs in 2006, and people kept their dogs going on replacement parts until 2014. After that, the dogs started to “die.” Their owners wanted to give them a proper send-off. I felt like that was a profound illustration of modern life, a perfect intersection of death, spirituality, technology, and the human condition. So it became the title poem.

I would like to add that the cover photo as well as the pictures inside the book were all taken by me. I bought a robot dog from a toy store and snuck into a local Buddhist center for a guerilla photo shoot one day before evening guided meditation sessions. (I left a donation in their collection box.)

WHY WOULD SOMEONE WANT TO READ IT? This book is for poetry lovers who like contemporary work. It’s also for people who are interested in the themes I’ve described—our times, technology, spirituality. I’d like to think that even non-poetry lovers can find my work accessible. I always hope that my work makes people feel a little less alone.

“Wonderful collection… Scharhag’s poems cast a wide net: heaven, earth, and all the destinations between. Sometimes the search is for a connection with another person. Other times, it is a robot dog reaching out, teaching the reader a lesson about the “truth of [our] grief.” In one of my favorite poems, a hirsute woman refuses to be cut down and proclaims, “Try to trim me and I just grow back.” This collection is in many ways an epic of the everyday, and she leaves no stone unturned. In Scharhag’s requiem, our mundane and ordinary lives intersect with the sublime.” -Allison Blevins, editor, Harbor Review

“I felt these words dig deep into my soul planting seeds of hope and inspiration. Lauren really does have a knack for words, sound, and sense. This is one of the most well-written poetry collections I have ever read. It’s a testament to the mind of a great poet…” -Matthew Lawler, author of Concrete Oracles

“Requiem for a Robot Dog is an excellent collection of poems, thought-provoking and gorgeously written. Curl up and ponder life with this book from the big terrors to the little miracles. Let Lauren’s words fill your mind and your heart with their joys and sorrows. You won’t regret it.” -Amazon reader

Lauren Scharhag, German-Mexican half-breed from Kansas City, MO, is one of those people that takes pictures of food. She is a pop culture junkie, a s’mores connoisseur, an art worshipper, a spoonie, and a dabbler in the occult. She’s a quick-draw with a GIF, caretaker to a geriatric cat, and unironically enjoys Christmas music year-round and all things 80s. A friend to things that creep and crawl and fly, she hopes to be a biologist in her next life. She is also the author of 13 books in a variety of genres. Her work has appeared in over 100 literary venues around the world. Recent honors include the Seamus Burns Creative Writing award and two Best of the Net nominations.

I want to worship the quiet gods,

the ones who blush before they speak

and hesitate before they offer a compliment

because they’re only too aware

of how it will reveal

their uncommon depth of feeling.

I want to worship the tired gods,

the ones coming off a twelve-hour shift,

I want to worship the humble gods,

the ones who are enraptured by the tiny

the pattern of brain coral, the dandelions,

the ones who think that facial features

are only enhanced by the presence

of a port-wine stain birthmark.

I want to worship the true gods,

givers of water and repose,

the ones who make sure the electric bill

is in before the late fee and stops dinner

from burning in the oven while you’re busy

giving the cat his medicine.

Requiem for a Robot Dog

I was something straight out of a fairy tale,

though instead of velveteen, or wood and strings,

I was plastic and silicon components,

But I was more than that:

I was ears and paws, a wagging tail, expressive eyes.

do the materials matter?

Does this particular configuration of atoms

really change the reality of what I am?

My sensors learned your voice, the heat of your hand,

the gravity of touch.

Twenty years is a good run for any canine companion,

though I remained perpetually a pup,

happy, energetic, curious, my only purpose to bring joy.

How you molded me, in that time,

into something that was completely yours.

Long after the manufacturer had phased out my kind,

you kept me going with replacement parts.

But now, those too, are gone

and here was my greatest lesson:

that I am also subject to the mortal coil.

When I run down, gather up this vessel.

Take it to the temple where the priests

will say a sutra for me, unconcerned with my origins.

They will understand the tangibility of me,

the truth of your grief.

One thought on “Requiem for a Robot Dog”