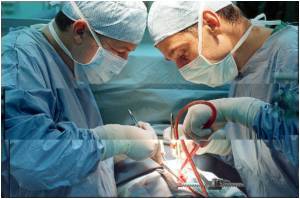 Our currently featured books,  “Million Dollar Red,” by Gleah Powers, “Orders of Protection,” by Jenna Hollmeyer and “DR COPTR,” by Bill Lohmann, can be found by scrolling down below this post, or by clicking the author’s name on our Authors page.

UPCOMING ON SNOWFLAKES IN A BLIZZARD, JULY 21-27

“THE ZIPPER CLUB,” BY THOMAS MANNELLA

For years Thomas Mannella observed the intrigue of people who believed him when he said the scars across his chest were from an alley knifing. This was a lie, but the more scarred by surgeries he felt, the greater his denial. He detached himself from the deteriorating valve in his heart, which he hoped would make him feel normal, and appear that way to others, but living this way, he didn’t own the marks; the marks owned him. With every beat, blood leaked back into his left ventricle. His heart ballooned. Finally, his time ran out: he collected his college diploma and walked off campus straight into the OR. He had long been a member of the zipper club.

Vee just wants to know where to put the present. She’s come to her nephew’s fourth birthday party — at a sprawling urban farm in Berkeley, California — and has brought a simple gift that she hopes will allow her access into the family she feels alienated from. But when Vee’s older sister admonishes her, saying the invitation explicitly told people to not bring gifts, Vee sets out — through a backyard maze of kale plants, fruit trees, and unrecognizable but surely healthy flora — to give her nephew his birthday present.  Along the way, she must negotiate with party guests, capricious children and hostile adults, and those who insist they know more about her than she does. As night falls, and civil unrest flares in the city beyond the backyard, what began as biting satire becomes nightmarish and violent, and Vee’s straightforward mission becomes an epic quest to claim both personal identity and human connection.

KIMBER is a suspenseful, dark, and visually stunning dystopian tale of the fight against corruption and oppression. A cataclysmic solar event drives the remnants of humanity into a subterranean refugee city and it is here, in the shadows of the underground, that an experimental subspecies of Man is being raised. The 23 Auroreans, human embryos with the fused DNA of Earth’s two most radiation-resistant animal genomes, grow and come of age in a city where they are forced to answer a life-changing question. Are they citizens or are they slaves, created to serve as the city’s critical link to the poisoned surface world? Join Kimber, her brothers, and her sisters on a daring journey where self-reliance, discovery, and love come to life.