THE BOOK: The Zipper Club: A Memoir

THE PUBLISHER: Jessica Bell.
SUMMARY: For years Thomas Mannella observed the intrigue of people who believed him when he said the scars across his chest were from an alley knifing. This was a lie, but the more scarred by surgeries he felt, the greater his denial. He detached himself from the deteriorating valve in his heart, which he hoped would make him feel normal, and appear that way to others, but living this way, he didn’t own the marks; the marks owned him. With every beat, blood leaked back into his left ventricle. His heart ballooned. Finally, his time ran out: he collected his college diploma and walked off campus straight into the OR. He had long been a member of the zipper club.

THE BACK STORY:  I began writing The Zipper Club just before my first son was born and without knowing I was writing about my heart self.  Half a dozen years had passed since the valve-replacement surgery that saved my life, a surgery that had, in part, prevented me from going to graduate school for an MFA in creative writing.  These circumstances, and the approach of fatherhood, triggered a switch in my subconscious that lit several dark corners: I wanted to publish a worthy book without an MFA, I wanted to leave some record of my health history for my soon-to-be-born son, and enough time had passed for me to shine a light on my heart history and its role in shaping my identity.  Seven years and two kids later, I found myself holding a copy of the book, realizing for the first time that other people were actually going to read the thing. 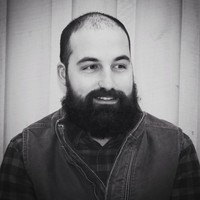 WHY THIS TITLE?:  I didn’t settle on the title until revising the manuscript for the final time.  Folks who have undergone any sort of heart surgery refer to their scars as zippers, and so, as I finished revising my own book and reading Mary Karr’s first memoir, The Liar’s Club, two wires touched in my brain, thankfully, and I realized my title had existed all along.

WHY WOULD SOMEONE WANT TO READ IT? Not everyone has physical scars, but we all carry burdens — figurative scars — that we tuck deep inside our psyches, and these are perhaps the most powerful forces shaping our identities.  Additionally, there is a fair amount of writing about the physical trauma associated with open heart surgery, but much less about the emotional and psychological challenges that accompany diagnosis, pre-surgery preparation, ICU-level recovery, and beyond.  The committee at The American Journal of Nursing, which chose The Zipper Club as the 2016 Book of the Year, plainly stated as much, indicating that the experiences I portray confirmed their suspicions about just how difficult open heart surgery can be, especially for adolescents.

REVIEW COMMENTS:
“Like a pitcher’s muscles charged by the kinetic chain that leads to a perfect fastball, Mannella’s The Zipper Club rushes the reader along his–and his heart’s–frantic journey through pride, craving, and destructiveness to the pivotal moment we feared would come. A rawly honest, extraordinarily detailed, and astonishingly beautiful account of one hard-beating, passionate young life.” —Jane Alison, author of The Sisters Antipodes.”
“In the way a good memoirist can, going inward (deep into his own defective heart) in order to go outward, Mannella reveals we’re all of us members of The Zipper Club.” — Bob Cowser, Jr., author of Green Fields.

“The Zipper Club is both scary and inspiring, offering valuable perspective for all of us who have hidden our shame and fought to appear normal. I held my breath from the first page to the last.  Eloquent, insightful, and intensely engaging.” — Annita Sawyer, author of Smoking Cigarettes, Eating Glass.

AUTHOR PROFILE: Thomas Mannella was born and raised in Naples, NY, and educated at St. Lawrence University and St. John Fisher College.  Winner of the Carol Houck Smith Award in Nonfiction for the 2016 Bread Loaf Writers’ Conference, he was also a Bread Loaf contributor and a Pushcart Prize nominee in 2015.  The Zipper Club: A Memoir (Vine Leaves Press) is his first book, and has been selected as the 2016 American Journal of Nursing Book of the Year in the category of creative works.  His nonfiction, poetry, and short stories have appeared in SLAB, Blood and Thunder: Musings on the Art of Medicine, The Lindenwood Review, The Cape Rock, Gival, Ghost Road Press, and several other publications.  Along the way, he has worked as: a tennis instructor, a landscaper, a paint-mixing, pipe-and-glass-cutting hardware store cashier, a wine-tent bartender, a factory assembly lineman (twice), a tutor, an intern at Penguin Publishing,  a door-to-door coupon salesman (for one day), a childcare provider, and a teacher.  He lives in the Finger Lakes of New York with his wife and sons around the corner from his boyhood home.
AUTHOR COMMENTS: In many ways, The Zipper Club is a love letter to the place I grew up, the people I grew up with, and the hopes I have for my own sons’ formative years — this figurative heart pulses throughout the story.
SAMPLE CHAPTER: For a sample chapter, please visit this Amazon page: The Zipper Club: a memoir.
LOCAL OUTLETS: Artizans in Naples, NY.

WHERE ELSE TO BUY IT: Purchase The Zipper Club through the following outlets.