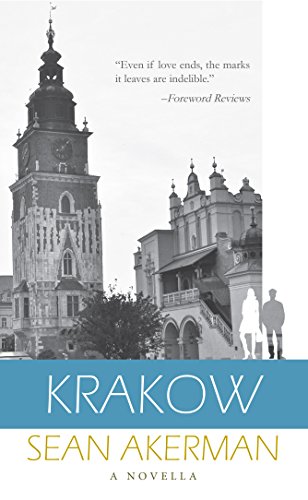 SUMMARY: A man moves into a Brooklyn apartment and finds the journals left behind by the previous tenants. As he reads the journals, he discovers two people wrestling with why and how their love disappeared. Krakow is set in the present day, amid the streets of Brooklyn. Divided into two parts–his and hers–the accounts detail the final three months of a relationship: its longings, misunderstandings, fears, and hopes.

THE BACK STORY: When I moved to Brooklyn from Maine in 2006, I found in my first apartment two journals left behind by the previous tenants. Then–and for a long time afterward–I was ensorcelled by the stories of those strangers, who wrote about the minutiae and dramas of their days, as well as the end of their relationship. Their lives form the bedrock of this novella, though I lost the journals years ago, so the novella owes a greater debt to imagination and fiction than it does to any effort at historical re-telling. 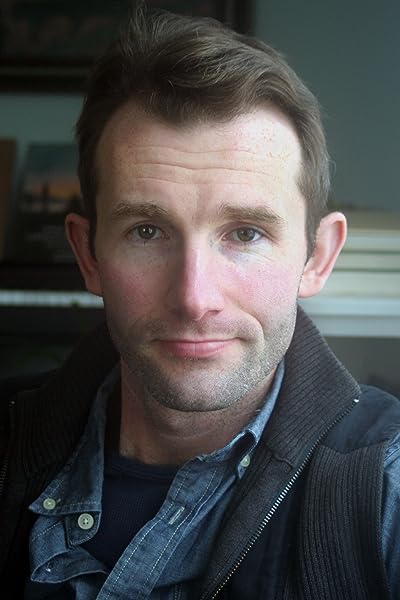 WHY THIS TITLE?: I’m drawn to sparse titles: often single words that evoke some question or mystery. Much of this story takes place in the walls of a Brooklyn apartment, as well as inside the walls of the characters’ minds. But they each speak of a trip they took to Krakow together in which they were, at least momentarily, the best versions of themselves. So as a place, Krakow and its connotations loom large. I’ve also spent time in Krakow. It is by far the most compelling city I’ve visited, and I felt the need to write about that.

WHY WOULD SOMEONE WANT TO READ IT? For me, this book evokes a sense of anonymity that I miss greatly about New York. It’s been about five years since I displaced myself from the city, and what I remember most is the organismal feel of being around other lives, other histories, the regular loss of self. Someone might want to read this novella to be immersed in that. It is also a story about youngish love, one that may feel familiar to many people, its proximities and distances. There is a car wreck quality to these pages, too, insofar we read of the final three months of a relationship, one that can be hard to look away from even as it is hard to look toward. It gives some truth to the adage that people are always most interesting when they’re falling apart.

REVIEW COMMENTS: “With Krakow, Akerman presents characters to be explored through their writings and interrelation, all of whom become fully realized and complex, flesh-and-blood people. As such, readers will alternately care about them, empathize with them, dislike them, and get frustrated by them. We join in their victories and defeats, their regrets and yearnings, and their complicated lives. It remains a testament to Akerman, with the notion that what is written lingers in the mind of the reader long after the book has ended.” -Newfound Review

“Krakow is an intensely literary text that rewards the reader’s close attention to the nuances of thought and feeling experienced by the struggling couple, described with hermetic, elusive prose. Akerman is particularly skilled in delineating the distinctive voices of his protagonists, as well as their conflicting perspectives and needs. The woman’s journal entries are especially impressive: her self-understanding and powers of self-expression contrast vividly with her partner’s chopped-up, disconnected evasions and retreats. Krakow is also a New York story: the various quarters of the city, its streets and bars, the girdling ocean, are an enfolding presence, pierced only by a moment’s betrayal in another city and, above all, by a mysteriously significant visit to Auschwitz, the connotations of which are powerfully suggestive. Devotees of the contemporary American literary movement will respond with enthusiasm to this exemplary novella.” – Readers’ Favorite

“Even if love ends, the marks it leaves are indelible.” – Forward Reviews

“This short novel captures beautifully the twilight of a relationship: the doubts we have about our partners, about ourselves, and our pain at having to leave something so familiar yet wrong.” – Manhattan Book Review.

AUTHOR PROFILE: I was born in the lakes region of central Maine in 1983 and moved to New York in 2006 to pursue a PhD in psychology. I held faculty appointments at Hunter College, Sarah Lawrence College, and Bennington College, and now I work as a therapist amid the varieties of trauma in the North Woods. The moonlighting part of my working life has been as a poet, novelist, and writer of non-fiction. In addition to Krakow, I’ve published a novel, Outposts; a poetry collection, The Magnitudes; and a study of exile, Words and Wounds. Currently, I’m seeking publication and representation for two collections of poetry and a novella about a con-man in regret at the end of his life.

AUTHOR COMMENTS: At the risk of sounding obtuse, the form of Krakow was an extension of its content. In other words, the novella form “fit” the story I was trying to tell. Novellas on the whole are vastly underrated and not utilized enough. Their brevity forces upon a writer a need to lift the story off the ground with intention and force. For reasons beyond my comprehension, many dramas are well-suited to this form, which perhaps says something about life itself.

WHERE ELSE TO BUY IT: It’s available on Amazon, as well as the website of Harvard Square Editions.