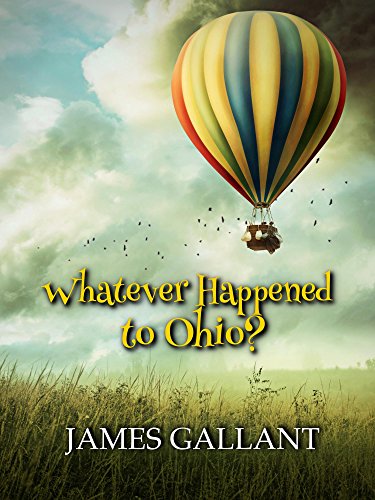 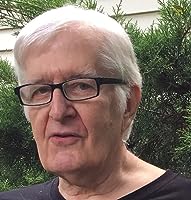 THE BOOK: Whatever Happened to Ohio?

THE PUBLISHER: Vagabondage Books in its “Battered Suitcase” series.

A devoted couple flees the altar and falls in with an inter-dimensional being and a reformed stripper. Meanwhile, a drug-dealing doctor in bunny slippers plies his trade outside town, and a young woman who drops into Neville from a passing freight car winds up dead in the back of a pickup.

What’s worse, the Ohio Bicentennial celebration attracts even more unlikely victims within reach of these otherworldly influences, including a pair of lady clowns, a Buddhist drifter, and a few unfortunates who thought they’d left Ohio far behind.

James Gallant’s darkly funny novel explores small town life, with all its rich characters and whimsical conventions. And behind the backdrop of tradition and family values, chaos has begun to stir…

THE BACK STORY: Jeffrey Kripal, author of Authors of the Impossible: the Paranormal and the Sacred writes of  Whatever Happened to Ohio, “I know James Gallant mostly as an essayist writing about some of the most intellectually challenging and inherently fascinating subjects imaginable: the UFO phenomenon, occult materializations and the like. The present novel displays in graphic and entertaining form what he has long argued in more linear and rational venues–namely, that invasions of occult influences that become especially likely in disorderly societies like our own—in the gaps, in the interstices of what we think of as the real but which is in fact a social construction, and a wobbly one at that.”

WHY THIS TITLE: Well, what is going on in Ohio in this book (not to mention this millennium) doesn’t square well with historical expectations of the Middle West!

WHY WOULD SOMEONE WANT TO READ IT? It captures the chaotic flow of contemporary experience and relations, in the Midwest and beyond.

Review by Diane Donovan, senior reviewer for Midwest Book Review, in the May, 2018 issue:

Family reunions, like weddings and funerals, often bring out the best, worst, and most bizarre behaviors in people—but not usually as bizarre as the scenario described in Whatever Happened to Ohio?, where aliens and monsters are only the start of an intergalactic romp that moves directly from altar to alternate universe. Adding to the mayhem, there’s a drug-dealing doc in bunny slippers, an Ohio Bicentennial Celebration’s ragtag of odd personalities, and Debbie’s funny realizations (during a yoga ‘recharging’ attempt) about her likely future after marriage: “Trying to empty her mind was futile. Sentences for the wedding gift thank-you notes her mother said must be completed before the wedding kept cropping up, along with the dreaded question of what work she’d be able to find in or around Neville after the honeymoon and whether she’d be able to stand it. She would enter the local work force, equipped with her split college major in film studies and creative writing — best qualified, Phil said, to write movie reviews for the Times in nearby Salem City, which didn’t publish them. It wasn’t really funny.“

This zany story pairs small-town life with an attention to fantastic events confronting average Americans, employing a heavy hand on Ohio-centric touches that keep the action firmly grounded even as it quickly moves into fantastic arenas: “An octogenarian barbershop quartet, dapper in flat-topped straw boaters, plaid sports coats, and white buck shoes, sang for the crowd gathering on the courthouse lawn in New Jerusalem, Ohio, for the Frontier Wedding…”

The sense of humor running through the story line comes from more than aliens, adding an appealing, hilarious tone to such events as a hot air balloon traveler’s encounter with airport authorities: “At eight hundred feet, he switched on the flashing red and white lights on the bottom of the gondola and made radio contact with the Indianapolis airport tower: “Am I visible to you people?” “Unfortunately, yes,” said the air controller. “How soon do you plan to be invisible?” “I’m just going with the flow.”  “Yes. May you have a long life.”  Bob’s jocular response was undeliverable, because his UHF radio had gone dead.”

5.0 out of 5 stars A delightful, mystical tale of small town Ohio

This is a wonderful novel! Mr. Gallant has created some memorable characters, woven a community that seems as real as the one I work in now (and, in fact, has some roots in the city I work in now, Delaware, Ohio), and unfolded a pretty complicated story in a very direct way. Set in 2003, this short novel includes two marriages that go way off the tracks, a family reunion of epic proportions, a would be-Mr. Potter, a befuddled hot air balloonist, and the Ohio bicentennial celebration. There is also some magical realism (a very large winged creature, UFOs, and spirit transfers) and an ending that will leave you thinking for quite a while.