This week’s other featured books, “The Brass Queen,” by Elizabeth Chatsworth and “Through the Waters and the Wild,” by Greg Fields, can be found by scrolling down below this post, or by clicking the author’s name on our Authors page.

SUMMARY:  Spinning Karma is the story of Rinpoche Edward Schwartz, reluctant figurehead of Mind of Pure Enlightenment (MOPE), a once-popular New Age group whose current membership has sunk to an all-time low. In an ill-conceived effort to bring the group and its teachings back into the limelight, Schwartz heads to Taiwan to film a fake “religious oppression” video – starring a group of clueless language students who believe that they’re taking part in an English conversation class.

The video goes viral and the scheme succeeds beyond Schwartz’s wildest expectations, triggering a media-driven propaganda war between the United States and China that spins out of control. Before long, everybody from spiritual seekers in China and America, to an ambitious presidential contender, to the Chinese government itself wants a piece of MOPE…and of Schwartz.

A good-natured political comedy about religious persecution, media manipulation and naked political ambition, Spinning Karma addresses the age-old question of whether the ends can ever justify the means. Characters driving the story include an aging cult leader, his loyal disciple (an ex-con who’s taken the Bodhisattva vow), a cabal of duplicitous politicians and cable TV blowhards, several ambitious Chinese diplomats, and a small but reasonably representative slice of the population of Taiwan. 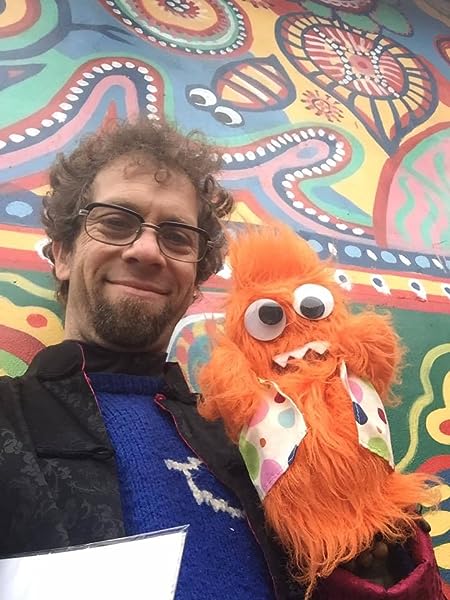 THE BACK STORY:  Years ago I found myself at a ten day Buddhist meditation retreat in Sri Lanka, where I spent a fair chunk of time that would have better been spent observing my breath instead observing the meditation of a somewhat rotund Sinhalese monk. Outside of the meditation hall, I noted this monk (who would later inspire the character of Brother Manju, AKA Fat Buddha in Spinning Karma) being treated like spiritual royalty by local practitioners, who would approach him reverently, offer him food, ask for blessings, that sort of thing. I found myself thinking nice work if you can get it, and writing a rough outline of what would eventually become a screenplay about an American Buddhist monk who commits a fraudulent act in order to spread dharma to the world. Though I got the screenplay looked over by a few Hollywood types, I didn’t get much traction with it, so in 2015 I decided to turn it into a novel. Trump’s election in 2016 forced me to rethink several of the major plot points, so I put it on the back burner until 2019, when I picked it up again, setting the entire story in a post-Trump political environment which seems to be (as of this writing, at least) unfolding before us.

WHY THIS TITLE?: A major theme of the story is the increasingly fluid nature of objective reality in the face of political spin. As the events of Spinning Karma are seen both through the eyes of the protagonist and through various media outlets disseminating the events to their own political bases, the title fits the story to a T.

WHY WOULD SOMEONE WANT TO READ IT? As Spinning Karma lampoons a fictitious media outlet called Badger News and various right-wing figures from the American political landscape (any resemblance to persons living or dead is purely coincidental), I suspect anyone who enjoys seeing such figures satirized will enjoy the story thoroughly. Buddhists, spiritual seekers or really any readers with their own meditation practices should find my protagonist’s struggles with his own practice familiar. I’ve done my best to wind my own experiences as a spiritual seeker into the story, dedicating the book to Ram Dass (whose teachings have influenced me profoundly for decades). Finally, anyone interested in Taiwan and the strange geopolitical frenemies with benefits state of US-China relations will almost certainly enjoy the book.

“I heartily recommend this cynical and funny book. If you don’t read Spinning Karna, the winds of change may destroy your serenity. Great book!” — Eddie Pepitone, AKA The Bitter Buddha

“Joshua Samuel Brown brings his razor wit and deft observational humor to this mind-bending yet relatable tale which takes on everything from the pitfalls of organized religion to the intricacies of U.S.-Taiwan relations. Utilizing expertise accrued during his career as a writer-for-hire in Taiwan, Hong Kong, China, and multiple parts elsewhere, Brown’s trademark freewheeling gonzo attack, utilized in his reporting and travel writing, makes a seamless jump to the pages of this politically-charged farce.” —  JW Henley, Author of Migrante and Bu San Bu Si (A Taiwan Punk Tale).

AUTHOR PROFILE: I’ve spent about half of my life living overseas, first in Taiwan and China (where I worked as an English teacher, a sweatshop inspector, and later a freelance arts and leisure journalist for a variety of publications) and later as a roving guidebook writer for Lonely Planet. During my guidebook writing phase I bounced around between Asia and Central America, with several half-year and year-long sabbaticals living in various places around North America, including Colorado, the Pacific Northwest and even Texas. It was during one such sabbatical that I first wrote the screenplay for Spinning Karma, finishing it as a novel during a three month petsitting gig in Boston. I’ve also worked as a travel guide, leading several bicycle tours around Taiwan and acting as a liaison and fixer for a couple of celebrity chefs doing shows about Taiwanese culture and cuisine. Prior to publishing Spinning Karma I co-authored a travel memoir called Formosa Moon with my longtime partner, Stephanie Huffman. My work can be found all over the internet, with much of it collected at www.josambro.com. I currently live in the Pacific Northwest, and plan to remain here for the conceivable future.

AUTHOR COMMENTS: My main goal with Spinning Karma is to bring readers on an enjoyable, enlightening journey worth their time and money. If I have any other motive, it would be to illuminate how over-reliance on spin over actual fact has become a major cause of divisiveness in the world. Though the situations presented in my story are clearly satirical, I have no doubt that were they to occur in real life, media and governmental reaction would be much the same. I believe this over-reliance on spin over reality has only become more exacerbated by social media, and I’m pretty sure the world isn’t a better place as a result.

As I’m an author working to promote their own work while also holding a full-time job (the bane of any writer), I hope your readers won’t mind my doing a bit of what permaculture people call stacking functions with my sample chapter. While Spinning Karma is a work of fiction, when I initially envisioned various place settings for what master storyteller John Truby calls the protagonist’s ghost story as a screenplay (in this case, the hot springs around which the original Ashram was built) I wanted to film that particular scene at Harbin Hot Springs. As screenplay became novel, I decided to use my description of the first Ashram as something of an homage to Harbin, a place that’s been dear to me since the mid 1990’s. So I’m hoping to stack functions by using this chapter both to entice Snowflakes In A Blizzard readers and members of the Lovers of Harbin Facebook group into reading the novel.

By way of setup, the following chapter occurs midway through the first act. Our protagonist, Rinpoche Schwartz has just been fired from his teaching job at a Buddhist university in Colorado. Seeking guidance, Schwartz returns to the grounds of his former Ashram to seek advice from his own guru, Julius Shmuelewitz, himself only recently released from a self-imposed quarter-century vow of silence.

The dirt road winding into town had been paved since the days when the devotees would walk it barefoot on the way into town for supplies. Scars from the forest fire several years back could still be seen, and the signs pointing to the retreat were all brand new. As Schwartz parked his car by the front gate, he became nervous that someone might recognize him. He imagined a fading photo of himself taken twenty-five years ago taped to the inside of the booth with a note reading Do Not Admit This Man.

But if such a note existed, Schwartz was not made aware of it. A pleasant middle-aged lady in the booth collected his money and issued Schwartz a day pass, entitling him to use the facilities for twenty-four hours. Schwartz parked his rental car and walked with his gym bag up to the series of pools on the top of the hill, letting the cool air and familiar sulfur smell of the springs caress him.

Climbing the hill, he noted that the building that once housed the Mind of Pure Enlightenment temple had been had been completely renovated, and now seemed to function as a restaurant and yoga center. Twenty or so smaller houses had been erected, presumably to house overnight guests, and there were dome houses sticking off one of the hills where only yurts, tents, and trailers had stood in the ashram days.

But it was the area surrounding the pools that had changed the most. Where once there had been only a garden hose connected to a pipe and few wooden benches and towel-pegs there now stood an mosaic-tiled changing room filled with lockers, showers, and a communal sink boasting luxury soaps and shampoos. The three pools had been enlarged and redone with serene sky-blue tiles surrounded by ornately crafted metal railings curving into dragon and peacock shapes.

Schwartz saw about a dozen people soaking quietly n the largest of the pools. But there was no sign of Shmuelewitz. Retreating to the bathhouse, Schwartz removed his track suit and showered, slowly letting the hot water carry the dust of travel away before walking into the largest of the three pools.

Schwartz closed his eyes and soaked, allowing the mineral water to relax him body and soul. Although much else had changed, the water remained the same. He listened to the quiet murmur of fellow bathers whispering over the water. Suddenly he felt a presence. He knew who it was before he’d even opened his eyes.

Julius Shmuelewitz, aka Baba Avi Ji, had aged much over the past quarter of a century. His skin, formerly smooth, was nut-brown and wrinkled, and his hair, which he once kept in a net bun, had transformed into one ungainly matted lump around the side of his head, hanging off in individual dreadlocks that dangled in the water.

The top of his head was bald and glistened merrily.

Tears ran down Schwartz’s cheeks. He opened his mouth, but no words came out. Silently, he embraced his guru. His guru embraced him back, breaking the hug to point with giggling eyes toward a sign on the wrought iron rail reading

Sexual activity in pools will not be tolerated.

The old man was grinning like the Cheshire Cat. “Hello, sailor,” he whispered. “Come here often?”

WHERE ELSE TO BUY IT: Amazon, Barnes & noble, etc.