THE EDITOR: Michael Czyzniejewski (and his partner Karen Craigo was my stellar copyeditor)

SUMMARY: There are twenty-nine stories in the collection. Some are very short. Certain themes and plot points thread through them: infidelity; defective parenting; troubled adolescents; more nebulously, a longing for re-dos. My title “Undoing” addresses not just betrayal and self-sabotage, but also that desire to revisit, to revise. A character in one of my stories, distinguishing fiction from life, claims that in life, “‘There are no rewinds.’” Nonetheless, more than a few of these stories concern a longing to move backwards, to return to a prior moment of clarity, or more simply, a moment of since dismantled connection and peace: sitting on a stoop licking ice cream cones, the future unmarred. 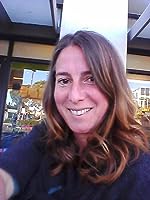 “In Kim Magowan’s aptly titled debut short-story collection, Undoing, characters are frequently caught with their eyes on the past, trying to discern where it all went wrong, whether that concerns a marriage that survives infidelity only to fade later into oblivion or the premature termination of an affair. A young girl hopes to make sense of her seduction by the father of the child she babysits, while a new wife surveys her youthful indiscretions for clues as to how to forge an emotional bond with her anorexic stepdaughter. Through it all, struggles become universal, perhaps inevitable. Characters often reappear: older, wiser, seeking to break the cycle of dysfunction. The ultimate effect is a feeling of community, of shared mistakes, leaving the individuals lonely but not alone.

“In this way, Magowan’s collection moves well beyond reflection. Ignoring the wreckage of their respective pasts, her characters are willing to look ahead, to try again. Indeed, there is much pain and lasting harm to go around, but these are curious, resilient people, open to the idea that the solutions, not just the problems, lie within. They hope, despite much evidence to the contrary, that they can undo what has been done. ”

THE BACK STORY: I wrote the first draft of the oldest story in the collection, “What Shall We Do Now That the Museums Are Closed And Paris Is Blue”? when I was twenty (of course I have heavily revised since), and “Tabloid” when I was in in my late twenties, but most of the stories in there were written between 2014 and 2017, when I buckled down and became serious about writing, and when I had finished drafting my novel The Light Source (2019).

WHY THIS TITLE?: “Undoing” was the original title of the first story in my collection, “When in Rome,” and refers to two uses of that verb that appear in the final paragraph: the narrator undoing a bad memory of sex through conjuring a replacement fantasy, and, within the fantasy, undoing the buttons of the shirt of the man she desires. I like the title because it encapsulates opposite concepts: undoing as a synonym for destruction (“Cocaine was my undoing”), and undoing as a concept for repair (undoing a knot, undoing a crisis). Both of those trajectories—falling apart, but also, wanting desperately to reassemble things—are important to my story collection. It’s a one-word title that carries a lot of load: it’s a weight-bearing beam.

WHY WOULD SOMEONE WANT TO READ IT? The book is edgy, dark, melancholy, kind of funny (at least, I think it’s funny!). It’s about the complexity of marriage and friendship, how thorny, layered, and ambivalent those relationships can be. It’s also about growing up (even as a fifty year old, learning to be an adult, to take responsibility for one’s mistakes).

This review came out in the New York Times Book Review:
https://www.nytimes.com/2018/09/28/books/review/belly-up-rita-bullwinkel.html?rref=collection/sectioncollection/books&action=click&contentCollection=books&region=stream&module=stream_unit&version=latest&contentPlacement=2&pgtype=sectionfront
This review was in Atticus Review:
https://atticusreview.org/undoing-relationships-and-reader-expectations/

AUTHOR PROFILE: I live with my husband and two daughters in San Francisco, and I teach in the Department of Literatures and Languages at Mills College (I specialize primarily in American literature). When I was in college, I was very conflicted about whether to get an MFA in Creative Writing or a PhD in Literature– I loved both, and they seemed to require different parts of my brain. I chose the PhD, and I have no regrets– I love teaching (if I won the lottery, I would still be a teacher). But for years, my creative writing was sidelined. I didn’t start getting serious about my writing, or begin sending out my stories to literary reviews, until I was 43, and it took four years of slogging away before I started getting published with any real frequency. I am the Fiction Editor of Pithead Chapel, so now I see firsthand now how many excellent stories we turn down for any number of idiosyncratic reasons. That experience makes me treat my own rejections with more equanimity. I love editing: it nourishes my own writing. Over the past few years, I’ve gotten increasingly interested in flash fiction (stories under 1000 words). My aesthetic lately is about paring stories to the bone. You can read more of my work on my author website: www.kimmagowan.com

AUTHOR COMMENTS: This book isn’t political, or particularly formally experimental. My genre is psychological realism. The “larger issue” I attempt to tackle is how tricky, complicated, self-deceiving, flawed. and yet hopeful people are, and how fragile their relationships. People– how their minds work, how they screw up–are endlessly fascinating to me (both real people and the “people” I invent).
SAMPLE CHAPTER:
https://www.sixfold.org/FicWinter15/Magowan.html

And there’s plenty more of my work here: www.kimmagowan.com

I’ve seen my book with my own eyes in a number of Bay Area bookstores (Folio, Green Apple on the Park, Books Inc, Diesel Books), as well as Powell’s in Portland, Oregon.

WHERE ELSE TO BUY IT: Amazon, Barnes & Noble, etc.