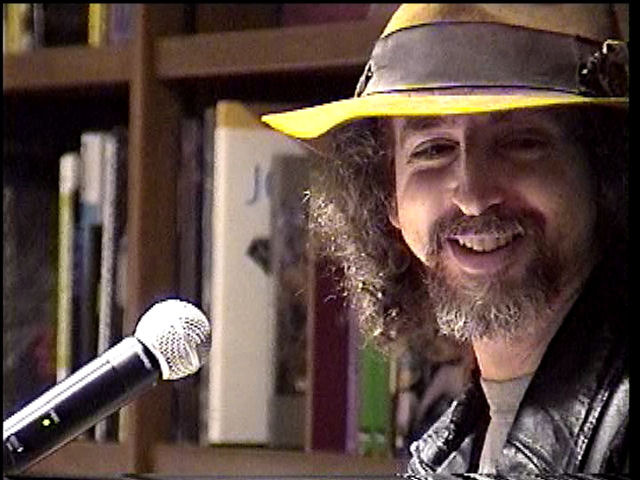 THE BOOK: The Tumble Down Road Poems

THE PUBLISHER: Cyberwit. Published in India.

SUMMARY: The Tumble Down Road Poems is a strange journey along an imaginary road that begins with the narrator’s demise and ends with his preparing for that demise. Along the way he encounters many bizarre characters who teach him a thing or two that he uses in his travels down the road.

THE BACK STORY: This collection began as one long poem, which was my original intention. I wrote it in two different parts in two different locations. One half was written in Miami. The other half was written at what I call my single-wide lake mansion, which is a mobile home I have on a lake in a small town called Interlachen in Florida. It’s my hideout from the world and a good place to sort things out. I was going to put the two halves of this long poem together and create the main journey. Just as I was about to put it together, I was contacted by this publisher in India who wanted me to publish the book with them but they had very specific requests as far as how to put it together, which was 50 poems, 85 pages. We went back and forth about that since it was very different from my original plan, but in the end I was able to work it out to a result that we both were very happy with.

WHY THIS TITLE?: The Tumble Down Road Poems is a journey. The narrator is groping in darkness, trying to find the light switch, a candle, anything that will help him see and understand what life is, as he winds his way toward his finale.

WHY WOULD SOMEONE WANT TO READ IT?  I imagine the appeal is to see how a fellow traveler stumbles through and makes his way to whatever lies ahead.

REVIEW COMMENTS: “Camner defies the traditional aesthetic concepts of poetry. He targets a world of ideas in a rather active way as opposed to the more passive , meditative aspects found in most poetry. There is a linguistic simplicity to his poems, an almost transparent quality, over a rather complex web of experience and thought. His poetry is life…’All you have to do is look, – The obvious and not so obvious.” — Marta Braunstein, editor, Cambio Literary Journal.

“I recognized Camner was Pulitzer caliber. A postmodern hybrid of Dylan and Gothe. His work is deeply existential with depth charges of meaning.” — Peter Hargitai, panel discussion on contemporary poets.

“The Tumble Down Road Poems provide ample proof that the poet is full of powerful imagination and profound feelings.” — Amazon review

AUTHOR PROFILE: Howard Camner is the author of 20 poetry books including the Pulitzer Prize nominated “Poems from the Mud Room”, the acclaimed autobiography “Turbulence at 67 Inches”, and the self-help humor book “Happy Birthday to…Who? The Definitive No-Holds-Barred Father’s Guide to Surviving Kids’ Birthday Parties”. His books and sound recordings of his work are in prominent literary archives worldwide, including historical archives in the U.S. and royal collections in Great Britain. He was a founding member of the West End Poetry Troupe and the Literary Outlaws in New York. He was named “Best Poet” in the New Times “Best of Miami” edition of 2007 and was inducted into the Miami Dade College Hall of Fame for Literary Arts in 2014. His comedy play “Flaming Floss” was featured at the Edward Albee Theatre Conference in 2003. Camner’s 1980s comedy talk show “Life is a 4 Letter Word” is housed in the Paley Center for Media in New York, the Barco Cable Television Archives, and the UCLA Film and Television Archives. He received the Albert Nelson Marquis Lifetime Achievement Award in 2018.

AUTHOR COMMENTS: “I don’t know if The Tumble Down Road Poems will be my last poetry book or not, but I can say that I believe that poetry is a search of some kind. It could be a search for one’s self, something to believe in, just about anything. Through the many decades I’ve been writing, sometimes I feel like I’ve said everything I’ve had to say. True or not, I believe this collection, this journey down this odd road, wraps it up for me. As a line toward the end of it all states: “Tumble Down Road begins where it should end, just as life ends when it should begin”

SAMPLE CHAPTER: Readers can view the book on Amazon.

WHERE ELSE TO BUY IT: Amazon, Barnes & Noble, or directly from the publisher at Cyberwit.net

One thought on “The Tumble Down Road Poems”