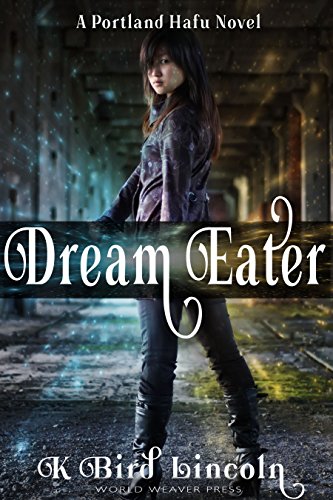 THIS WEEK’S OTHER FEATURED BOOKS, “DROPPING ANTS INTO POEMS,” BY DAVID NAVARRO AND “CHOCOLATES & CYANIDE,” BY MIKE LORD, CAN BE FOUND BY SCROLLING DOWN BELOW THIS POST, OR BY CLICKING THE AUTHOR’S NAME ON OUR “AUTHORS” PAGE.

Her whole life, she’s avoided other people. Any skin-to-skin contact—a hug from her sister, the hand of a barista at Stumptown coffee—transfers flashes of that person’s most intense dreams. It’s enough to make anyone a hermit.

But Koi’s getting her act together. No matter what, this time she’s going to finish her degree at Portland Community College and get a real life. Of course it’s not going to be that easy. Her father, increasingly disturbed from Alzheimer’s disease, a dream fragment of a dead girl from the casual brush of a creepy PCC professor’s hand, and a mysterious stranger who speaks the same rare Northern Japanese dialect as Koi’s father will force Koi to learn to trust in the help of others, as well as face the truth about herself. 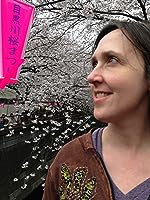 THE BACK STORY: My youngest daughter often accuses me of writing my life. Not that I’m half-Japanese (okay, but my daughters are) or live in Portland (for 6 lovely years I did but now in Minnesota.) And I am definitely not addicted to coffee and chocolate my main character, Koi. Okay, maybe that part’s true. I did just  drink a Lavender Vanilla Latte from Dunn Brothers Coffee here in Rochester and there’s a Tcho Mokkaccino bar waiting for me as a reward for finishing my writing today. World myths and folktales (and food) are definitely an interest of mine. Not content with Grimm and Disney, I found myself researching Tengu and Garuda and Sang Kanchil to assuage my hunger  for the tales we humans tell ourselves in order to make sense of the world. so Dream Eater was an opportunity to take my love of Urban Fantasy and get it out of the werewolves-and-vampires-and-fae-and-angels rut it’s fallen into lately. Koi encounters some Pacific Northwest myths as well as Japanese ones.
WHY THIS TITLE?: In Dream Eater, Koi encounters Baku, a Japanese dream-eating mythical creature. It was a working title at  first, but then really it  so aptly connected with both who Koi is and the crux of her growing into her own powers, that I couldn’t shake it as a title.
WHY SOMEONE WOULD WANT TO READ IT?: Do you like world myths? Urban Fantasy? A light romance? Interested in finding out the names of real coffee shops and artisanal chocolate makers in Portland, OR for the next time you’re there? Dream Eater has it all. Plus Koi is one of only a handful of multi-racial main characters in fantasy whose characters are fully immersed in creating identify out of both cultures.
REVIEW COMMENTS:

“Dream Eater is my kind of urban fantasy, fast, engaging, and diverse. Myths from several different cultures come into play, each one distinctly and lovingly drawn. The tensions between them are as real and as fractious as what we face in the real world. A timely book that happens to be a rollicking read. Dream Eater has it all: mythological and social diversity, strong characters, and a tender romance. I can’t wait for the next one.” –Keith Yatsuhashi, author of Kojiki and Kokoro

“DREAM EATER brings much-needed freshness to the urban fantasy genre with its inspired use of Japanese culture and mythology and its fully-realized setting of Portland, Oregon. I’m eager to follow Koi on more adventures!” – Beth Cato, author of The Clockwork Dagger and Breath of Earth.
AUTHOR PROFILE: K. Bird Lincoln is an ESL professional, breast cancer survivor, and writer living on the windswept Minnesota Prairie with family and a huge addiction to frou-frou coffee. Also dark chocolate– without which, the world is a howling void. Originally from Cleveland, she has spent more years living on the edges of the Pacific Ocean than in the Midwest. Her speculative short stories are published in various online & paper publications such as Strange Horizons. World Weaver Press is releasing her Urban Fantasy novel (set in Portland, OR), Dream Eater, in April 2017. The Tiger Lily series, a medieval Japanese fantasy, is available from Amazon. She also writes tasty speculative and YA fiction reviews under the name K. Bird Lincoln on Amazon and Goodreads.

AUTHOR COMMENTS:  I loved Urban Fantasy for so long (hardcore Patricia Briggs, Ilona Andrews, Kelley Armstrong, Kim Harrison, Jim Butcher fan here) that I am super-excited to have my own addition to the genre. It’s so much, fun, you should definitely check it out especially if you think of fantasy as something only containing hobbits and elves 🙂

SAMPLE CHAPTER: There’s an excerpt on the World Weaver Press website if you scroll down below the cover picture. http://www.worldweaverpress.com/store/p123/Dream_Eater_%28Portland_Hafu_%231%29.html

One thought on “Dream Eater”