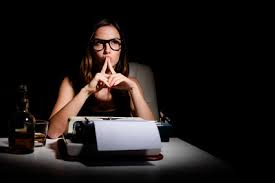 THIS WEEK’S FEATURED BOOKS, “DREAM EATER,” BY K. BIRD LINCOLN, “DROPPING ANTS INTO POEMS,” BY DAVID NAVARRO AND “CHOCOLATES AND CYANIDE,” BY MIKE LORD, CAN BE FOUND BY SCROLLING DOWN BELOW THIS POST OR BY CLICKING THE AUTHOR’S NAME ON OUR “AUTHORS” PAGE.

Some writers — the fortunate among us, I suppose  — talk about being zapped by inspiration, hurrying to their desks and banging out an entire book in a couple of weeks.

More often, however, the opposite occurs. The seed of an idea is planted, then forgotten, only to sprout unexpectedly years later. Some books require years, even decades, of research. Or maybe the defining “ah ha!” moment comes mid-book, forcing the author to backtrack and begin a total rewrite.

I started my first novel in 1993 and published it in 2014. The problem was, I would set it aside for a couple of months (I had a demanding day job then), then pull out those early chapters and rewrite them. A few months later, I would repeat the process. It was turning into Groundhog Day until I finally broke through and moved forward.

The thing is, no one who reads and enjoys a book cares how long it took the author to birth it. No extra points are given for speed.

Which brings us to the three books featured on Snowflakes in a Blizzard this week, all of which came about in their own good time.

Writes Lauren Scharhag, whose “Under Julia” takes the reader into dangerous waters: “I first learned of the Julia Tuttle sex offender colony in 2006 from an in-depth news article in the Miami Times. The story fascinated me– the idea of the prison system releasing people into homelessness. I found the photos even more fascinating– at that point, there were over 30 people living under the causeway. I immediately tried to imagine what it must be like, living in those conditions, having been convicted of the sort of crimes with which they’d been convicted.

“I spent many years thinking about this story, but I didn’t actually start writing the book until 2009. I was awarded a fellowship from Rockhurst University for fiction, and this was the piece that came out of that. I lived in Kansas City, MO, at the time, and didn’t have the means to travel to Miami. So my research consisted of scouring YouTube for interviews and news segments on the sex offender colony. I also watched a lot of documentaries on parolees’ reentry into society. I talked with former prison inmates, prison guards and police officers about their experiences. I spoke with people I knew personally who’d been molested or assaulted. I tried to examine it from every possible angle. I finished the book in 2012. Parts of the book came very easily and naturally. Parts of it were so terrifying, I didn’t sleep. One chapter kept me up for four straight days.”

“A Head in the Game” author Jack Strandburg had an experience similar to mine. He writes: “It’s hard to say exactly how long it took me to write it, but the idea started about 20 years ago. I didn’t work on it for long stretches over time due to working full time and other responsibilities. The delay occurred mostly because it survived a number of total rewrites. As I wrote more and read more, I realized the book had a lot of shortcomings, and simply did not live up to my (now) higher standards.“

Our third book, “< Periodic Earth > “,  comes from poet Donna Fleischer. And although it is unclear how long it took her to produce it, it’s obvious that this could not have been written when she was a young woman. It reflects, rather, the total arc of her life so far, with all its lessons and challenges.

UPCOMING ON SNOWFLAKES IN A BLIZZARD, FEB. 27-MARCH 6

“UNDER JULIA,” BY LAUREN SCHARHAG.

From 2006-2010, Miami law prohibited sex offenders from living within 2,500 feet of a school or daycare. Halfway houses and homeless shelters would not accept them. Which left them with only one place to go: under Julia.

In this devastating novel, Lauren Scharhag explores questions of guilt and redemption, of dignity and exile. Whether they were convicted of relatively minor crimes such as having sex with an underage girlfriend, or true predators nursing unspeakable desires, society considers them the worst of the worst, less than human. In their struggle to survive, they form a community, working together with surprising wit and tenacity. With the help of caseworkers, doctors, clergy and family, they can overcome the worst of themselves.

Together, they discover that hope is still possible, and while they can’t undo the damage they’ve done in the past, they can move forward– into absolution.

“A HEAD IN THE GAME,” BY JACK STRANDBURG.

Chicago Homicide Inspector Aaron Randall faces his toughest case while dealing with doubts about his career and the potential of a romantic relationship. Jared Prescott, a Heisman Trophy winner and Vice President of a large and respected pharmaceutical company, is found murdered at a seedy motel. The investigation uncovers multiple suspects with multiple motives. When the body of his close friend and informant is found stabbed to death in a deserted alley, followed by the murders of two women, Randall suspects a conspiracy. Randall is hamstrung during the investigation by pressure from the commissioner down the chain of command because the president of the pharmaceutical company, anxious for resolution to Jared Prescott’s murder, is a close friend with a Senator whose sights are set on the Oval Office.

From one reviewer: “Donna Fleischer’s poems in < Periodic Earth > gently and insistently point us the way to reality so that we can stop being afraid of it: a world of unexplored feeling. his tour de force consists of one 20-page poem in 14 sections entitled “The Mineral World” capped by a stand-alone poem, “The Years.” Though of chapbook size, the sweep of this book is wide and deep, covering as it does the course of the speaker’s life journey.”

This comes from Charlotte Harris Rees, whose “Courage, Endurance, Sacrifice” was featured on Snowflakes the week of Jan. 24:

“When a book is written, answers to some of the author’s questions may come later.

“In Courage, Endurance, Sacrifice, I referenced statements that my grandfather, Dr. Hendon Harris, Sr. had received medals from the Chinese government for acts of valor during his time in China between 1910 and 1947. However, I never dreamed that those medals still existed.

“Through a circuitous route a copy of Courage, Endurance, Sacrifice made its way to my cousin Monty Mills, who lives in Washington state. There had been no contact between Monty and myself for probably 60 years (not out of animosity but mainly because we lived far from each other), but one day last month I received a package from him. That package contained a shadow box holding my grandfather’s Chinese medals and a note from Monty saying that because of my book and research he wanted me to have those medals. I am overwhelmed by Monty’s generosity.”

One thought on “Weather Report, Feb. 27”