This week’s other featured books, “Orders of Protection,” by Jenn Hollmeyer and “DR COPTR,” by Bill Lohmann, can be found by scrolling down below this post, or by clicking the author’s name on our Author’s page.

SUMMARY: Gleah Powers began her adult life at age 14, not as a runaway, but as a “send away” in 1962. Known as Linda in those days, her strong-willed grandmother put her on a greyhound bus to travel alone, cross-country, with no firm plans for a return. It was understood between them that Linda, a young artist, was strong enough. By her early teens she was already the jaded veteran of her mother’s first three divorces. She felt ready for the world, all set to navigate men, sex, and love. 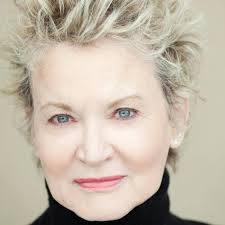 As the 1970s begin, Linda moves to Los Angeles in the shadow of the Manson Murders. She then bolts to New York, and falls in love: first, with a gay friend, next, with a famous art-collecting movie mogul, third, with a wealthy philanthropist descended from the Vanderbilt fortune. In a grand effort to put all these false father figures behind her, she takes up with the leader of a powerful upscale cult who holds a number of otherwise intelligent urban professionals under his great spell.

This dark, blazingly honest, and often jubilant and deeply funny memoir, climaxes with Linda’s attempts to break through as an artist, be it as a painter or performer. She connects herself with the world … but it is a marriage and divorce, served bittersweet, a deathbed visit with her father and an icy refuge in Montana that plunge her into her authentic life.

THE BACK STORY: I didn’t actually decide to write a memoir. Most of the chapters were initially written as stand alone stories and the majority of them were published as such. After some years, it occurred to me that if I revised and connected the stories they might add up to a memoir. A couple of the New York stories took me many years to understand the complexity of what happened and to be able to craft the material in all its fullness.

I guess it depends on the writer, but I believe one has to have enough years of living and enough distance from the events in one’s life to write about them from a holistic perspective.

WHY THIS TITLE?: In 1983 I made a collage titled “Million Dollar Red.” I had no idea that five years later, after more than twenty years of making art, I would start writing. My very first story, the words of which felt channeled through me, mostly while driving on the freeway, turned out to be a monologue I called “Million Dollar Red.” I read it in various venues as a performance art piece. In 1990 my dear friend F.X Feeney (1953-2020) and I directed and produced “Million Dollar Red” as a one-act play in Laguna Beach, CA at John Prince’s Flying Cross Art Center and at Highways Performing Arts Theatre in Santa Monica, CA. The dancer, Sue Hogan, played the daughter and the actor Jane Galloway played the mother. I made the stage set. The 15 minute play can be seen on YouTube and on my website (gleahpowers.com) in the Plays category.

In 2019 Million Dollar Red became the title of my memoir (there were two earlier titles) when one of the editors and I decided that the original monologue I wrote so long ago should be part of the book, although it’s written in a different voice than the rest of the book (I won’t give away whose voice!)and ultimately it became the last chapter of the book. Creativity moves in mysterious, unexpected ways and in its own timing.

WHY WOULD SOMEONE WANT TO READ IT? Anyone who wants to read about what it was like to live and survive as a woman in the 1960s, 70s and 80s will find plenty of juicy events in this book. One reviewer called it  “One Wild Ride.” At first, I thought it would only appeal to woman but I was wrong. Some of the most insightful and poignant reviews and feedback has been from men, which thrills me.

“An amazing memoir which recounts in flinty, lucid, riveting prose, the story of an American girl and American history–from desert and mountain country to Manhattan, from bare-bones poverty to flourishing old money wealth, from life-broken failures to international celebrities. Gleah Powers’ story is moving, but never sentimental, absolutely and fearlessly candid, stocked with surprises and some real shocks. Abused, used for her looks, she never stops to feel self-pity, never stops her search for something transcendent.”–James Robison, Whiting Grant winning author of novels and short stories

“Million Dollar Red takes us on a glorious, whirlwind tour of the author’s wild life and dazzling mind. The precision of language and of memory will make you weep, and Powers’ dry wit cuts through any risk of sentimentality. This book is an indelible portrait of the US in the 60’s and 70’s in all its gorgeous, shadowy excess, and a testament to the heart-rending talent of Gleah Powers.”–Alistair McCartney, author of The Disintegrations.

AUTHOR PROFILE:  Prior to the publication of her acclaimed first novel Edna & Luna in 2016, Gleah Powers led a life by turns grounded and nomadic. Her Phoenix-based grandmother provided a first intermittent refuge against her mother’s frequent marriages. By 18, Gleah was fully on her own, traveling with the production of Michelangelo Antonioni’s Zabriskie Point, teaching the great filmmaker — and great insomniac — the card game Gin Rummy while the rest of the crew slept. Thereafter she studied art in Mexico City and Los Angeles; modeled in New York, tended bar, explored the world — and worlds — of adventure she makes unforgettable in Million Dollar Red.

Gleah is available for speaking engagements, interviews, and appearances. She is also happy to speak to reading and writing groups. Visit her website at: www.gleahpowers.com

AUTHOR COMMENTS: I wrote the book because I needed to bear witness to the story of everybody I tried to love or who tried to love me.

This review from a young woman (much younger than I) describes best the larger issue I had in mind: “Million Dollar Red is an eye opening account of what it was (and is) to be a woman in America in the last half of the century. The sentiments and anecdotes Gleah presents are powerful reminders for me, that in our contemporary era of “#MeToo” we have come a long way but still have much more to understand and deconstruct in the complexities of this patriarchal world!!  Gleah is a fierce renegade of a woman and she is inspiring.”

https://www.facebook.com/gleah.powers   I post my art, writing and anything that interests or moves me on this page.