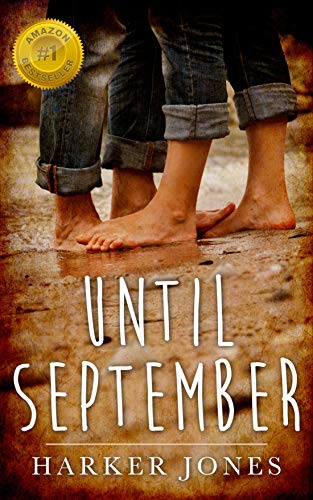 THE BOOK: “Until September”

SUMMARY: “I was so young when it all began that the blame hardly feels like mine. …”

So begins “Until September,” a sensual, poignant throwback to haunting love stories like “Brokeback Mountain,” “Call Me By Your Name,” and “Atonement.”

In the lull between the conservative ’50s and the turbulent ’60s, Kyle Ryan Quinn, an introspective, sentimental boy, leads a golden life. He’s rich, beautiful and smart, and he vacations each year on the same island with the same circle of friends: entitled Adonis Trent; acerbic Claudia; practical Dana; and frivolous Carly. Haunted by the ghosts of a tragedy that took place in his youth, Kyle is more sensitive than his privileged friends. He understands loss, and secrets. 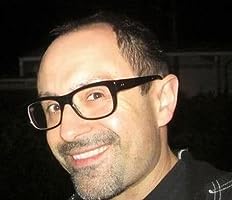 When he meets Jack Averill, a quiet, bookish boy, his fateful 18th summer on the island, Kyle falls hopelessly, heedlessly in love. As he befriends and attempts to woo Jack — and tries to integrate him into his tight-knit yet troubled circle — he’s pursued himself by another summer boy, Trey, who will stop at nothing to win Kyle’s love, all while Trent toys with the affections of an island girl. Amid mounting familial, sexual and peer pressures, all four young men make heartbreaking decisions that will steal their innocence, destroy lives and consume them forever.

THE BACK STORY: I was suffering a bout of unrequited love in college and, having nowhere to put those feelings, I wrote a book. As one does. The boy who inspired those feelings has no idea this happened. I think about reaching out once in a while to let him know about the book but I’m also afraid I’ll sound crazy, remembering him so many years later. But it’s not about him, has nothing to do with him, he just inspired the feelings I needed to create. And even though he never loved me back, I feel like I still won because I created art that defines me.

WHY THIS TITLE: Because as events unfold throughout the summer, Kyle realizes he has only until September to salvage his future…

WHY SOMEONE WOULD WANT TO READ IT: Because we all remember our first love. Emotions run high, everything feels both fragile and indestructible, you know it will last until the end of time. Everything is heightened, and in Kyle’s world, the stakes are higher than they are for most, creating even more suspense and drama.

“This was a lovely, thoughtful and compelling read. Absolutely hits the mark and really gets me excited about reading more from this author.” — Justin B.

“Destined to be a classic. Harker Jones is the voice of his generation.” — Katie Jane Thomas.

“It’s a wonderful story of friendships, understanding, and accepting one’s self, dealing with grief and that all-too-familiar, relatable story of lost and unrequited love. I realize this was fiction, but something about it was so terrifyingly real. Rarely does a book create such a guttural response from me. I’d highly recommend it. — Thomas Southern

AUTHOR PROFILE: Harker Jones holds a degree in written communication and literature from Eastern Michigan University. He has written seven screenplays and two novels, including the Amazon #1 best-selling love story “Until September.” His short thriller “Cole & Colette” won the Get It Made Short-Form Screenplay Competition and was subsequently produced and accepted into thirty-four film festivals, garnering several awards. He loves cats and carbs, would like to be a pop star, and is a member of the Los Angeles Drama Critics Circle and a card-carrying member of Mensa.

AUTHOR COMMENTS: This is for fans of “Call Me By Your Name,” “Atonement,” and “Brokeback Mountain.” This isn’t a romance. This is a love story.

I was so young when it all began that the blame hardly feels like mine. But no matter how minor a part I played, mine was the most pivotal. In the end, it was a decision I made.

So though there are many stories I tell, this is the one I’ve never shared. I can’t bear to think about it, except in my most submerged recesses, releasing it in the deep deep dark of night, when it will not be evaded.

But destiny is the weak man’s conception. To believe in destiny is to take no responsibility for your choices.

And I won’t allow myself the luxury.

I learned a little from Trent that summer, but not enough to open the eyes of a self-involved, spoiled, jealous 17-year-old. Then, later, years later, I ran into Dana. We had drinks, both of us smoking too much, talking too much, drinking too much, wondering if the other was glossing things over. I saw a subtle loneliness in her eyes that I recognized only because it was in mine, too. She knew. And she knew that I knew. It’s scary, that loneliness, because you want so much to have someone alleviate it, yet the only people who can are those who know it, too. And when you find one of those people you’re terrified that that person can see through your carefully wrought facade, and you realize you’re naked in front of a virtual stranger, so you just run.

I learned most of it from Kyle. The details. The things I couldn’t have known. Those things pursue me. Those and the things Dana told me happened after. After I passed out of the picture. I was able to spend some uncomfortable but pleasant time with her until she told me. That was when I had to flee. I had to escape. That was when the running became all.

Just as Kyle is still chasing.

Neither of us will succeed—me in escaping or Kyle in capturing.

Someone once told me that tears water the soul. I do not believe this. If it were true, my soul would be fertile and verdant. But it is stunted and gnarled and withered and cracked.

Which is something I could live with.

If Kyle’s had been spared.

So I think of this as Kyle’s story.

LOCAL OUTLETS: It’s available only from online outlets at this point.