THIS WEEK’S OTHER FEATURED BOOKS, “HOW TO GROW AN ADDICT,” BY J.A. WRIGHT AND “BUSINESS AS USUAL,” BY JESSIE KWAK, CAN BE FOUND BY SCROLLING DOWN BELOW THIS POST, OR BY CLICKING THE AUTHOR’S NAME ON OUR AUTHOR PAGE.

THE BOOK: Children and Lunatics.

SUMMARY: In Children and Lunatics, the 21st century is new and fragile, the center barely holding. Wars, terrorists and hurricanes are on TV. A silent street person and a suburban mother share intimate spheres of love and grief and odd obsessions, although they barely meet. As their paths converge, an eerie world hovers, casting shadows and flickering lights, igniting fears and dreams.

A war death hovers around the happenings — a high school boy gone off to Iraq and instantly killed. This occurs off stage and is signaled to the reader through the street person’s sense of a lost brother and the suburban mother’s giddy anxieties flung around her own son. No one is quite clear about the nature of the world they live in except to know that their own control is tenuous. 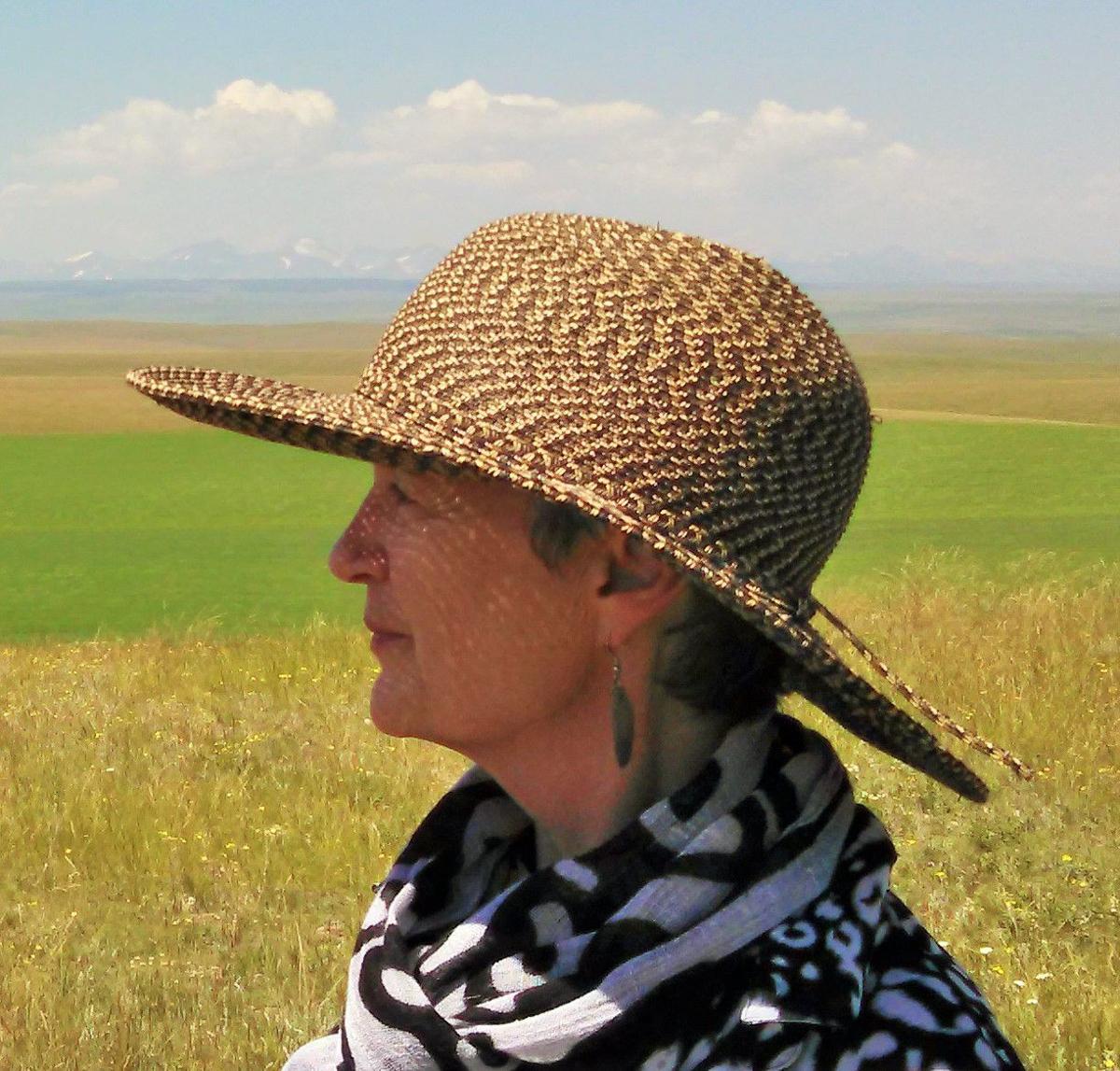 THE BACK STORY: This was written in short spurts at first, then during longer periods of time, during which I tried to find order in what was on the page and follow the paths I’d laid down. I did not have a clear message in mind. Rather, a quiet rage drove this work, which is imbued with grief at young lives lost — haphazardly, purposelessly, ridiculously — because of “national interests.” The people here attempt to live good lives, but they are floundering. The result is a book both comic and disturbing. It was begun a few years after 9/11 and published just before the Trump presidency began. There you have it.

WHY THIS TITLE?: It’s from a quote from Jean Cocteau: “Children and lunatics cut the Gordian knot which the poet spends his life patiently trying to untie.”

Which I take to mean cutting to the quick of the matter. A skateboarder kid named Sammy and a mute bag lady who walks obsessively see and feel more than do the people around them. However, there is a sort of double meaning to the “lunatics” part when the title is read alone, divorced from that Cocteau quote. In that case, the lunatics are idiot leaders and their cynical handlers, the talking heads on TV, everyone associated with, or reporting on, venal power.

WHY WOULD SOMEONE WANT TO READ IT? This is a book for those who do not require a straightforward plot, although it does have the building tension of a mystery.  I can’t think of a niche audience.  All of us. This book could be called War and Peace.

“Children and Lunatics pieces together a nightmare landscape–the one we all live in.  It’s recognizable, strange, and subtly frightening.  You can’t lay this book aside unchanged.” — Rick DeMarinis, author of The Year of the Zinc Penny.

“Megan McNamer’s Children and Lunatics reminds us that madness is created by life’s tragedies and that comfort is found in the most ordinary of places:  every third house on a block, a chair, a thrift store purse, a cafe table.   …. There are acts of kindness and acts of violence in this book and I cared so much for the characters that I couldn’t stop reading, and I couldn’t stop hoping for their salvation.     — Mary Jane Nealon, author of Beautiful Unbroken.

“The book is a quiet page-turner, a quiet mystery and a quiet thriller, if there can be such a thing. McNamer’s greatest strength is capturing the importance of small moments and small things — and of capturing sensations: a certain feeling, an odd smell, a beautiful moment in the weather. McNamer has linked dozens of short, concrete moments here, creating a progression that gains imperceptible momentum with each turn of the page. But what is happening between the segments, in the white space, is what allows us to see across to the other side — an entirely different view of the same people and the same place, flickering before us.” — Sarah Aswell, Misssoula Independent.

AUTHOR PROFILE: “I grew up in small towns and on a ranch in northern Montana and went to the University of Montana to study music. The parameters of the music studied seemed narrow to me. I wanted to know more about the human impulse to create deep meaning and connection and joy through the manipulation of oscillating airwaves. I was intrigued, early on, by how radically different the outward manifestations of this impulse could be. A friend said “You’re talking about ethnomusicology.” The path of my passions for the next ten years was laid. I got an MA in ethnomusicology from the University of Washington. I haven’t really “used” it, in the professional sense, but that move fed and has continued to feed my writing impulse. Which, basically, involves looking at the world and wondering … why?

AUTHOR COMMENTS: “This book has been called quiet, but it is my own, personal rage against the mac hine. I sent a postcard of the book cover to Mr. Trump and wrote ‘Please don’t be the subject of the sequel.” So far … (heavy pause).

It happened on a bus day.  Occasionally she gave herself a bus day, when she would get on a Metro Line bus at the downtown terminal  – whichever bus was first to arrive, no matter the number or destination – and just ride.  She tried not to look at the number, because she generally knew which numbers went where.   She tried to make it a surprise.

The Number Five was her favorite. (Only a few times in her experience had it not been first to arrive.)  It went up Butler Creek Crossing, winding its way in a leisurely fashion through all the modern houses after the initial fast sail up Butler Creek Drive.  The Number Five on a weekday was as empty as the streets.  The driver knew her, but she pretended not to know him, so he pretended not to know her.  She knew he knew her because he had tried to strike up a conversation once or twice when it was just the two of them.  He had commented on her hat.  After that she sat farther back and kept her gaze out the window.

She picked a number.  She found it in the free news weekly. At the bus terminal she would pick up a paper and leaf through it until she found the number. “Three School Board Vacancies To Be Filled.”  No.  It had to be larger than five.  “Ten Ways to Make Halloween ‘Spook-tacular’.”   No.  Not “larger-than” enough. “U.S. Military Death Toll Approaching 2,000.”  No.  It had to be less than one hundred.  “Fifty-Five Alive: Driving Class Directed at Seniors.”  Okay.

After the bus passed Butler School she counted to the number at an even tempo.   Not so slow as one Mississippi, two Mississippi.  She used “aw-loo” instead, the suffix her little brother Eddy would hang on numbers, names, and some nouns.  Mama aw-loo, he said, at age three.   Sissy aw-loo.    He said  Santa aw-loo and Bunny aw-loo and Pinocchio aw-loo.  He said I am four aw-loo, five aw-loo.   It was his way of affixing things to the world, keeping them in place.  God aw-loo, he even said that.

At Halloween Eddy put on the hard plastic, battered Caspar the Ghost mask, his breath rasping through the cracks and nose hole, his face like a moon.  Caspar Aw-loo  he said with a muffled, buried voice, cocking his stiff smile this way and that.

When she reached the given number (fifty-five aw-loo) she pulled the bell, gathered up her satchel, and prepared to get off.  The bus glided to a wholly unexpected spot, and she descended, the driver watching her.   The bus left with a hiss, the driver’s eyes turned back to the road.  The quiet, curving street was lined with smooth lawns and sporadic sidewalks.  She began to walk, purposefully, head up, satchel tucked under her arm.  Eyes open and fixed.  She began, again, to count.  She counted to half the previous number, rounding to the next highest (twenty-eight aw-loo), and when she reached that number she stopped and looked at the house, her house, the house that might be home.

One day it was a two-story house with a sun porch.  Another time it was a white-painted brick house with a columned front porch and a stone bench.  Each time, just looking had the feel of going, going in, she heard an imaginary bell, a signal, cross the line, careful, proceed, step through …

There were high cirrus clouds on this particular day, long wisps against the palest blue.  A faint breeze.  A hint of smoke, still lingering from the forest fires of the summer.  It was on the cusp, the sky, the air, the day.   It was on a fulcrum, balanced between all that had happened and what was yet to come.

After acknowledging her house (two-story stucco, shaded, with half a fence out front and lumber tossed here and there on the lawn, as if more building were in progress), she walked up the angled sidewalk that led to the front door under an archway flanked by bushes.  The porch was made from stones.  A small brass dog stood next to a bristled mat.  A collar hung around the dog’s neck.  It said “Attack Dachshund.” The bell made a chiming sound when she pushed it, and a delayed summons emitted from deep within.

She listened to the chime and to a plane that droned in the sky, far overhead, and to a distant call of a train. She could feel her heart beating.  It made her entire body move, slightly, like a tree stirred by a breeze.   She pressed the black button again, and heard the chime a second later, and she waited.   The jet’s monotone receded into silence.  The train remained, its presence a rhythmic thrum.   Brown flowers in a pot moved just perceptibly in the late-autumn air.  She turned the knob and gently pushed.   The door swung open and let her in.