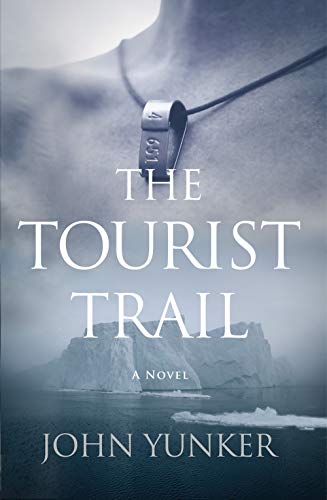 This week’s other featured books, “Among the Maasai,” by Juliet Cutler, “Mostly White,” by Alison Hart and “Requiem for a Robot Dog,” by Lauren Scharhag, can be found by scrolling down below this post, or by clicking the author’s name on our Authors page.

THE BOOK: The Tourist Trail, a novel

SUMMARY: The Tourist Trail is a literary thriller about endangered species in the world’s most remote areas, and those who put their lives on the line to protect them.

Biologist Angela Haynes is accustomed to dark, lonely nights as one of the few humans at a penguin research station in Patagonia. She has grown used to the cries of penguins before dawn, to meager supplies and housing, to spending most of her days in one of the most remote regions on earth. What she isn’t used to is strange men washing ashore, which happens one day on her watch. 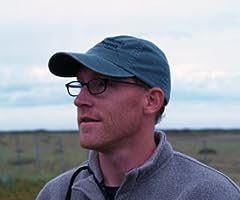 The man won’t tell her his name or where he came from, but Angela, who has a soft spot for strays, tends to him, if for no other reason than to protect her birds and her work. When she later learns why he goes by an alias, why he is a refugee from the law, and why he is a man without a port, she begins to fall in love—and embarks on a journey that takes her deep into Antarctic waters, and even deeper into the emotional territory she thought she’d left behind. Against the backdrop of the Southern Ocean, The Tourist Trail weaves together the stories of Angela as well as FBI agent Robert Porter, dispatched on a mission that unearths a past he would rather keep buried; and Ethan Downes, a computer tech whose love for a passionate animal rights activist draws him into a dangerous mission.

THE BACK STORY: The story was inspired by my time spent as a volunteer “penguin census taker” down in Argentina. We worked on counting the numbers of Magellanic penguins. Penguins are amazing creatures and, while I was there, I was inspired to write a short story based on a penguin researcher and an animal activist on the run from the law. The story grew into the novel, slowly, over about eight years.

WHY THIS TITLE?: The title is inspired by the actual “tourist trail” located in Punta Tombo, Argentina, home to a very large Magellanic penguin colony. Tourists now visit in the thousands and follow a trail that takes them past penguin burrows and along the coast.

WHY WOULD SOMEONE WANT TO READ IT? Anyone who is interested in penguins, anti-whaling activism, and high-seas adventures would probably find this book a good read. It fits within the “environmental thriller” niche and has been quite popular over the past ten years and there is now a sequel: Where Oceans Hide Their Dead (published last year).

“What’s impressive about this novel [is that] it occupies so much literary territory. It is at once a romance, an adventure story, an environmental polemic, and a keen study of just how animalistic humans are…It is a reader’s pleasure, due in large part to the meticulous control with which Yunker commands his language.” –Phoebe Literary Journal.

“Throughout the book, the passions and sincerity of animal advocates are captured with immense respect…the story becomes unstoppable.” –Animal Legal Defense Fund

“This eco-thriller is a plausible and entertaining page-turner that offers romance, engaging characters, and a fascinating plot.” –IndieReader

AUTHOR PROFILE:  John Yunker is author of the novel The Tourist Trail and the sequel Where Oceans Hide Their Dead. He is also editor of the anthologies Writing for Animals and Among Animals. Learn more at www.johnyunker.com.

AUTHOR COMMENTS: If you love penguins, consider dropping seafood from your diet. Because the seafood industry effectively kills penguins, as well as millions of other sea creatures, sometimes as “bycatch” caught in nets and on longlines. But the food we eat is less food for penguins.

In darkness, Angela ascended the winding gravel road. She carried a flashlight, but she kept it off. She knew the path well.

The Clouds of Magellan illuminated the white bellies of penguins crossing up ahead. Most stood at the side of the road and watched her pass, their heads waving from side to side. When one brayed, the high-pitched hee-hawing of a donkey, the others responded in kind, forming a gantlet of noise. It was mating season at Punta Tombo, and the males were rowdy.

At the crest of the hill, the road veered right and continued for half a mile to the vast empty parking lot where tourist buses and taxicabs disbursed their cargo during the day. Angela continued straight, onto soft dirt and dry patches of grass, sidestepping the prickly quilembai bushes and the cavelike penguin burrows.

She stopped at the top of the hill and scanned the wide, arching horizon of the South Atlantic Ocean. A gust of wind nudged her from behind, and she leaned back into it, her eyes tracking slowly from left to right. The moon, about to rise, gave the sky an expectant glow. She looked for the telltale lights of passing ships but saw nothing but the stars.

He should be back by now.

The last she heard from him was a week ago. He was off the coast of Brazil and headed south, only eighty miles north of here. She had reviewed the weather charts, but there were no Atlantic surges, no last-second squalls that may have pushed him off course, delaying his return. Perhaps he wanted to stay close to the others. Perhaps he was simply taking his time.

Each day, she invented another scenario for why he was not on her shore, carefully ignoring the more rational, more depressing scenarios.

She was only supposed to trek up here once a week, a routine she’d once welcomed, a break from the camp. But when she lost contact, she began visiting nightly. Not that she would see him. But perhaps she would see something to explain his absence.

A star crested the horizon. She watched patiently as the light strengthened and inched from right to left, south to north. It was probably a fishing trawler headed for Puerto Madryn, returning from the Southern Ocean, its cavities stuffed with writhing fish and krill and the inevitable, under-reported bycatch. She felt her stomach tighten.

The moon began to bleed out over the water, erasing the ship from view. Angela sat down in the cold dirt and waited. A penguin brushed past her sleeve on his way to an empty nest, where he stood sentry. He, too, was waiting, demonstrating his fealty for a female not yet returned, as well as guarding his home.

Every year, the males were the first to arrive at Punta Tombo to claim their old nests, under bushes or on the pockmarked hills, in burrows carved into earth. A hundred thousand of them, in a slow-motion land rush, scrambling over this nine-mile stretch of scrubland that hugged the ocean.

The females took their time at sea, gorging themselves on sardines and squid, gathering their strength for the six-month breeding season that awaited them, emerging from the water two weeks, give or take, after the males. Fashionably late. And if they were fortunate, if everything aligned, their mates were waiting at their burrows, their homes clean and dry, new twigs laid out to form a nest.

The males sang when their females returned, and the females sang in response. They flapped their wings and dueled their beaks and circled one another, orbiting, an ancient bonding ritual, an anniversary.

But the penguin standing silently next to Angela would have no reason to sing this year. Of this she was certain. It was simply too late. The females that would arrive had long ago arrived. Chicks were already entering the world, some taking their first unsteady steps. In a few short months, it would be time for everyone to disappear back into the sea.

Perhaps this penguin was in denial, unwilling to accept his loss, or perhaps he was merely stubborn. Angela preferred to imagine the latter. He would stand by that empty nest until the end of the breeding season, and next year he would return and seek out a new mate. An empty nest rarely stayed empty for long. Angela often wondered if penguins mourn the missing, but universities don’t award grants to answer those types of questions.

He should be back by now.

Angela waited another hour, until there were no more lights on the water. She looked one more time at the penguin at his nest, then stood and made her way, flashlight off, back down the hill.

LOCAL OUTLETS: Available by request from any local bookstore and online at Bookshop.org.

WHERE ELSE TO BUY IT: Amazon.

The audiobook is also available on Audible.com: